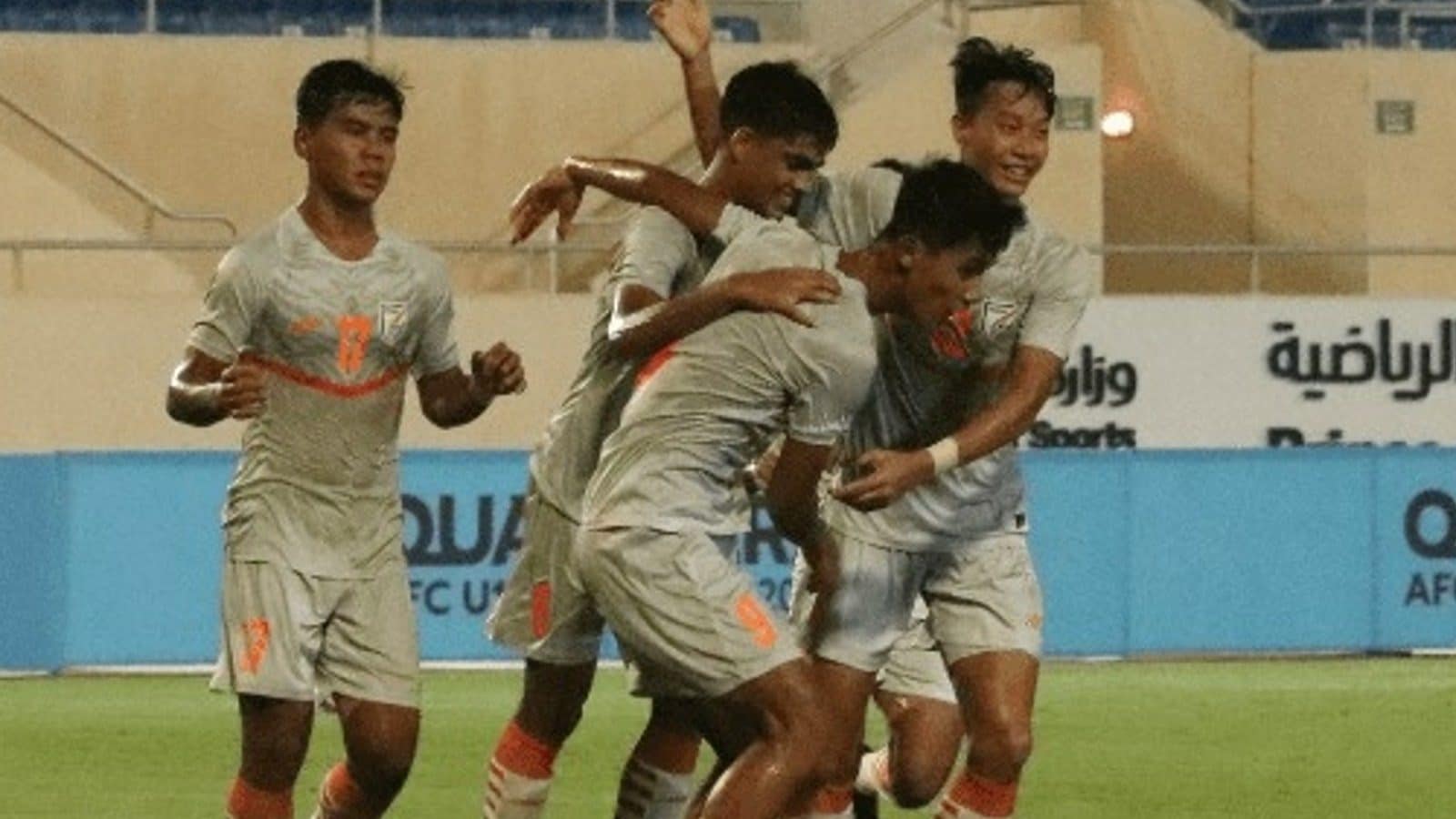 The Indian football team made it a hat-trick of wins in their ongoing AFC U-17 Asian Cup 2023 Qualifiers campaign after defeating Myanmar 4-1 in their match at the Prince Saud Bin Jalawi Stadium on Friday.

All four strikes for India came in the later part of the first half as captain Vanlalpeka Guite and forward Thanglalsoun Gangte scored two goals apiece to take their side to another comprehensive victory.

The first half began as a battle of attrition with no major chances being created. Both sides looked to build up from the back and control possession. The first shot on target came in the 21st minute through Korou Singh, who shot from the edge of the penalty area but it did not have sufficient power.

Six minutes later, the first breakthrough came as Guite’s free-kick from long range beat everyone in the penalty box and flew past the goalkeeper into the net. The goal sparked the game as India scored three more goals in a 12-minute spell.

Lalpekhlua was brought down in the penalty area in the 32nd minute and Gangte was on hand to slam home a decisive spot-kick. Two minutes later, Guite added his second as Korou intercepted the Myanmar goalkeeper’s pass and the Indian skipper latched on to the loose ball and finished tidily.

A teasing cross from the right found an unmarked Gangte inside the penalty area three minutes from the break, but his shot went over the crossbar. However, the forward registered his second goal of the evening in the 44th minute after finding the goalkeeper out of position and beating him with an instinctive finish from outside the box.

India picked up from where they left off in the second half, creating a flurry of attacks and posing questions to the opposing defence. At the hour mark, against the run of play, Myanmar pulled a goal back as Htoo Wai Yan’s shot took a deflection and found the back of the net.

Head coach Bibiano Fernandes made a series of changes as India continued to have the attacking momentum. In the 70th minute, substitute Boby Singh squared the ball to Gangte, who finished with aplomb but the goal was ruled out as the winger was offside in the build-up.

The match eventually drew to a close with a 4-1 scoreline in favour of the Indian side. In their next encounter, the Young Colts will go up against hosts Saudi Arabia on Sunday at the same venue.