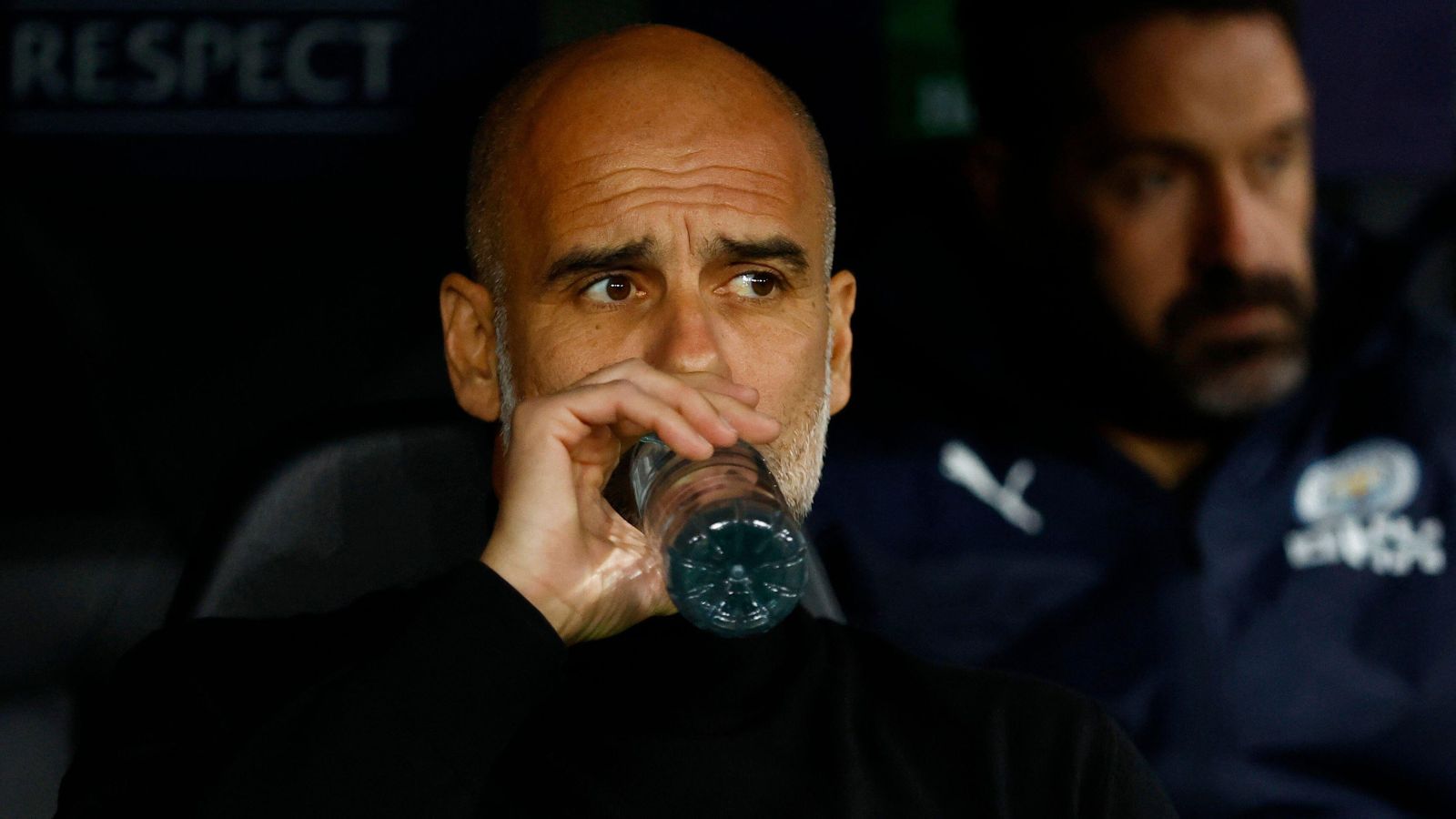 Pep Guardiola expects Erling Haaland to be fit and firing for Manchester City’s trip to Liverpool on Sunday.

Man City manager Guardiola said the striker was tired after he rested him for the first time this season for the Champions League game against FC Copenhagen in midweek.

Haaland has made a stunning impact at City, scoring 20 goals in just 13 appearances.

Guardiola said: “He was tired, and Bernardo (Silva) and others as well, but they feel good and are ready for Sunday.”

When asked about plans for Haaland during the World Cup, Guardiola replied: “Yeah yeah I dont know the plan maybe 10 days two weeks go away on holiday with families, then two weeks to reignite our rhythm before we come back after the World Cup.

“I’m sure hed prefer to be at the World Cup but unfortunately this time he can’t go.”

Despite Liverpool’s slow start to the season, Guardiola still expects them to be City’s main challengers for the title.

Speaking at a press conference, Guardiola said: “If you asked that question with 10 games left I would say I don’t think Liverpool can catch the top of the league.

“But being in the position we are now, and with the World Cup, anything can happen. I know the quality they have. It has always been a tough game and I don’t expect anything else.”

Guardiola added: “It’s always difficult in the years since we have arrived here together, it will be a tough game and I don’t expect anything else.

“The game will be dictated on the pitch, not by the table, because we are in front of them or behind, not because of those kind of things.

On his own contract negotiations, Guardiola continued:  “You know I am not thinking one second about that. We have two or three weeks until the World Cup and this is an important time.

“After that we have plenty of time to talk about that.”

Phil Foden has been in brilliant form so far this season for Man City and Guardiola has hailed him for always producing “something special”.

Guardiola said: “Phil has his strengths, he is an important player for many things.

“It’s a lot of goals, he has played a lot of important games and he always produces something special.”