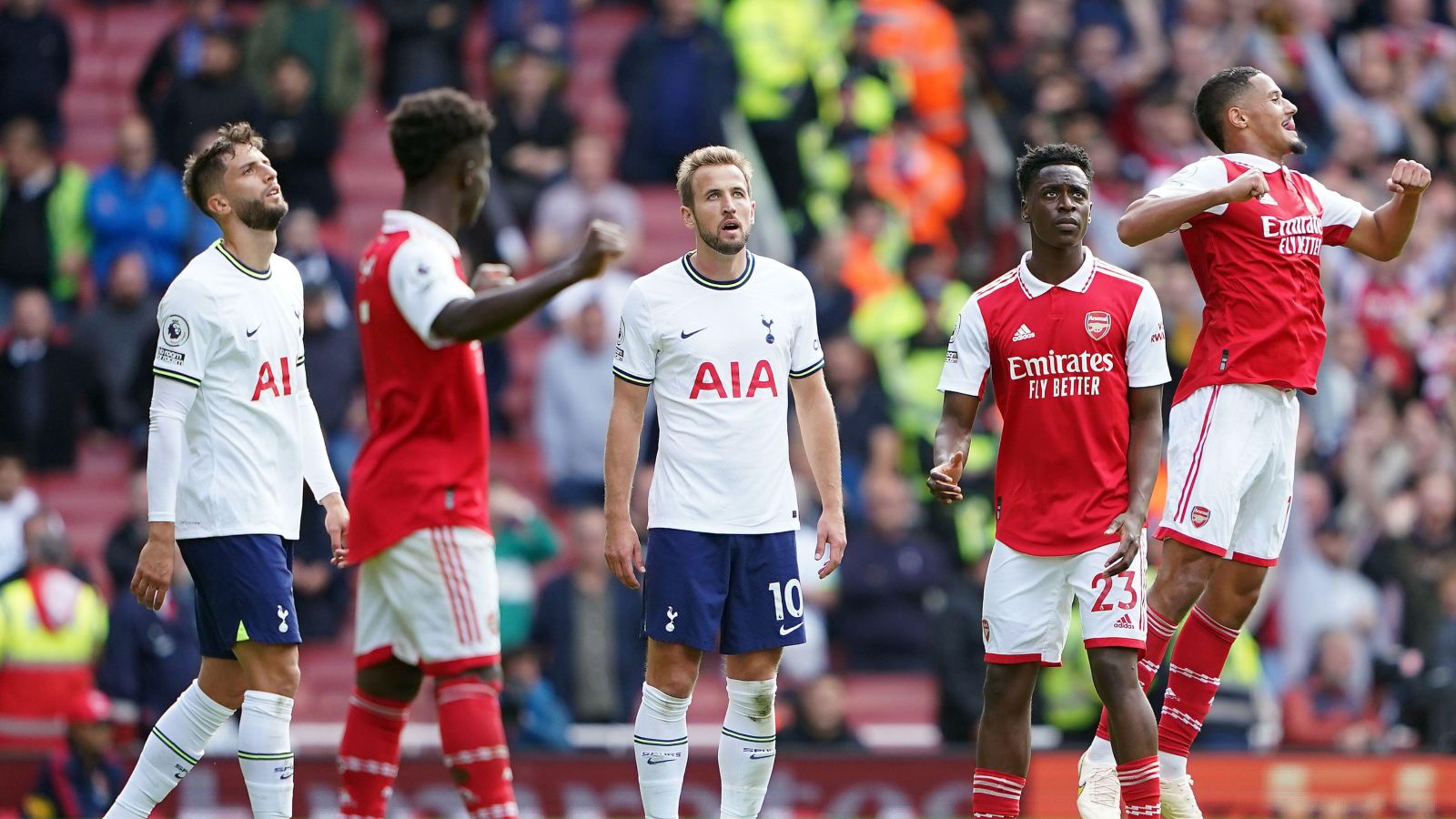 Arsenal have been told that they have “no chance” of winning the Premier League title as Man City are likely to “run away” with the league.

The Gunners are currently sitting pretty at the top of the Premier League. They have won eight of their nine games in the league so far.

This is always going to be impressive but their form is even more striking given that they have beaten Tottenham Hotspur and Liverpool.

Man City currently sit one point adrift of Arsenal. Pep Guardiola’s side are yet to lose this term but they have dropped points against Newcastle and Aston Villa.

City are considered strong favourites to win the league again this year. Erling Haaland has netted 20 goals already this season so it is important that they keep him fit.

Arsenal have benefitted from Haaland’s arrival as they have brought in Gabriel Jesus from Man City.

The Brazil international has shone this term and his Arsenal team-mates have all kicked on after they enjoyed a positive season in 2020/21.

The Gunners will look to continue their positive start to the season on Sunday when they travel to face Leeds United.

Man City meanwhile come up against Liverpool, who have been out of sorts this season.

Stan Collymore thinks City will look “almost unbeatable” against Liverpool this weekend and he has explained why Arsenal cannot win the league:

“I think his Citizens will control the game from start to finish and look almost unbeatable in the process.

“I’m not saying Liverpool are going to get thumped, but I do think City will take all three points quite comfortably.

“Unfortunately, if my prediction ends up unfolding, I think that would be the biggest sign that City are going to run away with it and lift their seventh Premier League title.

“I understand why some fans are excited to see what Arsenal can do, but there is no way the Gunners are going to go on an emphatic 38-game run similarly to what we saw happen between Liverpool and City last season – no chance.”

Collymore has also encouraged Haaland to stay in the Premier League for “at least four or five years”:

“It’d be great if Haaland stayed in England’s top flight for a long time, rather than move to another country after just two years,” Collymore added.

“When it comes to the possibility of him leaving for Real Madrid sooner rather than later. I don’t think that’ll happen. I can see Haaland sticking around for at least four or five years.”

He added: “If City can keep him for the foreseeable future, expect records to tumble.”