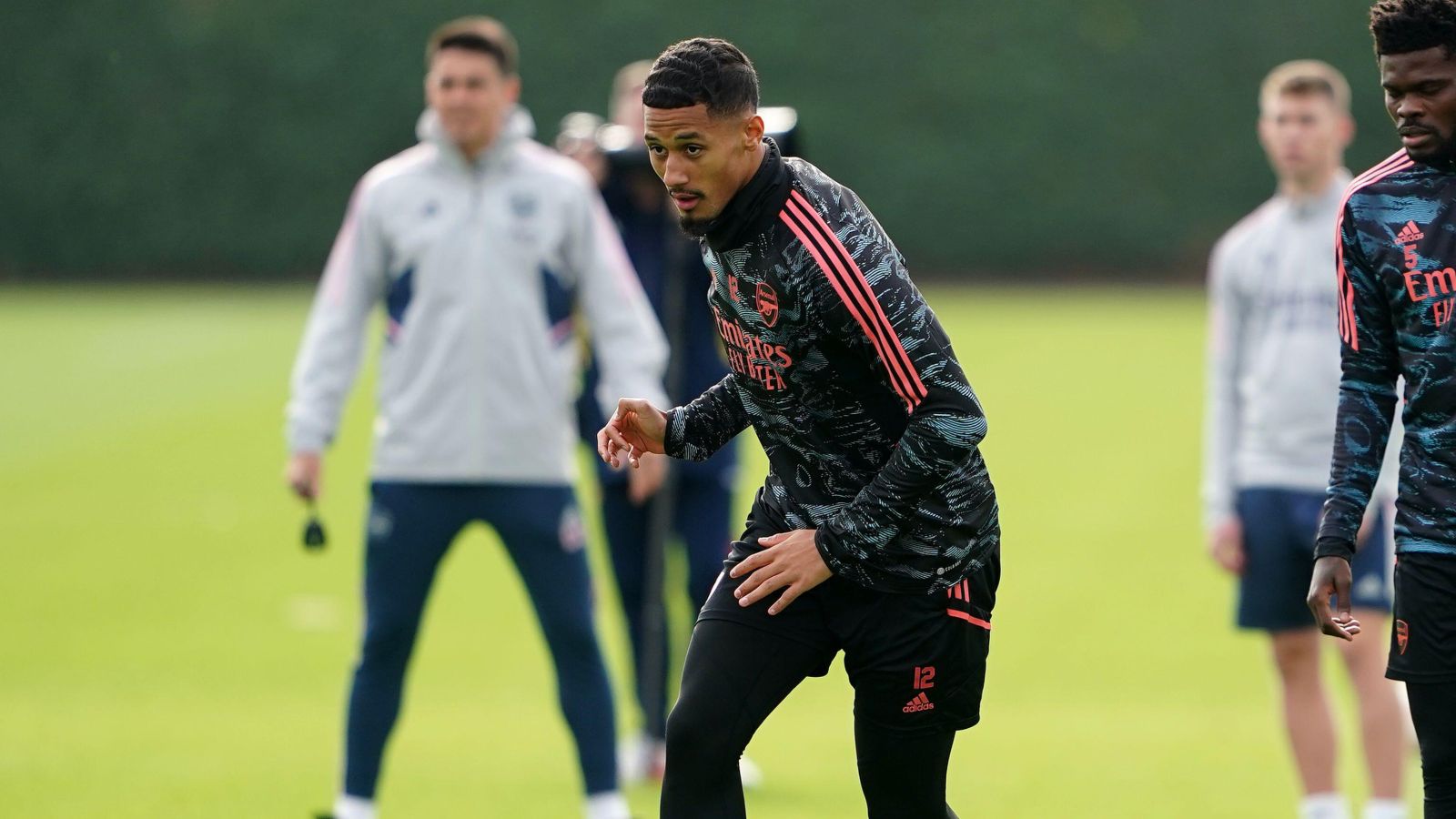 Arsenal centre-back William Saliba reportedly has “voices in his ear” from representatives of PSG as the French club are “definitely looking for defenders”.

Saliba joined the Gunners in 2019 from Saint-Etienne for a fee in the region of £27m.

His future at the club was in doubt in recent years as he did not make his debut for Arsenal until the start of the 2022/23 campaign.

The Frenchman was on loan at Marseille last term and he was one of the best defenders in Ligue 1. His form for them earned him his first senior call-up for France.

Naturally, Marseille were keen to keep him in the summer but Arsenal made it clear that he was going to be an important player in 2022/23.

This has proved to be the case as Saliba has enjoyed a sensational start to the new season. He has been like a new signing as he has struck up a great partnership with Gabriel Magalhaes.

The Gunners are keen to tie Saliba down to a new deal. They want to do the same with Bukayo Saka and Gabriel Martinelli as all three players are out of contract in 2024.

Barcelona and AC Milan looked at Saliba in the summer and given his form, it is only a matter of time before more clubs join the battle to sign him.

Now Ben Jacobs has hinted that PSG have made it clear that they could “bring Saliba in”.

The journalist does note that Arsenal still feel that Saliba, Saka and Martinelli will pen new deals:

“Saliba is the most complicated of the three really (him, Saka and Martinelli contracts). Arsenal sources fully expect all three to be done,” Jacobs said on The Football Terrace’s YouTube channel.

“With Saliba, it’s a little bit different. Compared to Martinelli and Saka, he’s only been back at the club a few months.

“He’s still coming to terms with a lot of voices in his ear. It’s not just Marseille, it’s PSG saying ‘if you’re that uncertain or unsure about Arsenal, we can potentially bring you in’.

“PSG are definitely still looking for defenders. I see no reason he would want to leave but the only caveat there is he did love living in France.

“If PSG did come in, it might give him a decision to make. It is still highly likely Saliba signs. Arsenal have confidence but there is a lot more concrete interest around Saliba.

“Before he moved back to Arsenal, there were lots of clubs actively looking.

“If Saliba leaves, it will be because he has decided his long-term desire is to play in France and that would lend itself to PSG. Arsenal, if you talk to them, think they’re going to get a three for three here.”