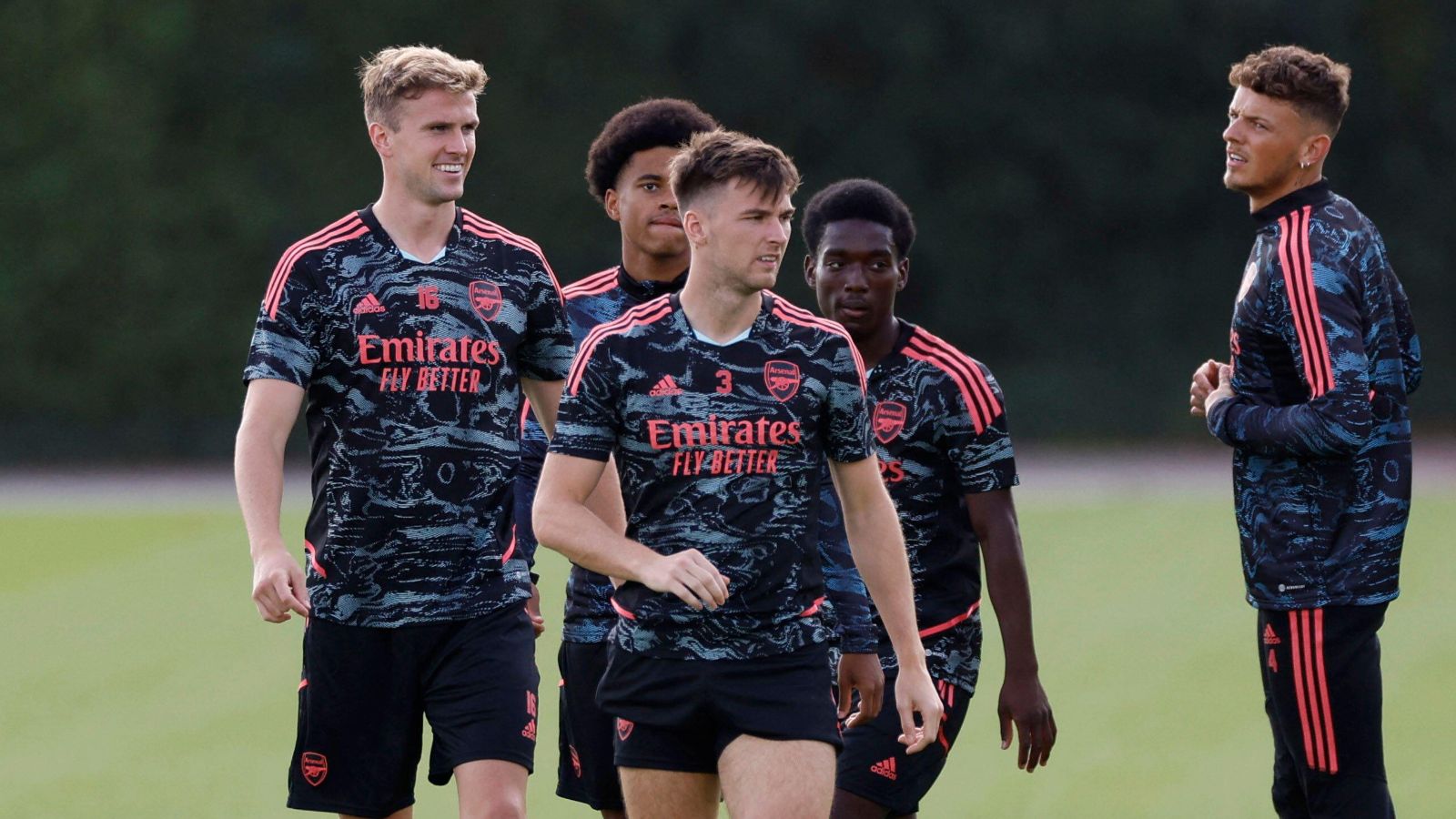 Arsenal defender Kieran Tierney has admitted that he was “gutted” to miss their win over Liverpool but he knows there is “nothing he can say”.

The Scotland international has been enduring a difficult time at Arsenal. He hit the ground running at the club after signing from Celtic.

But the left-back missed much of last season through injury. He has also been a bit-part player this term as he has only started three times in the Premier League.

Oleksandr Zinchenko’s arrival has left Tierney on the periphery of things at the Emirates.

The Ukraine star has been injured himself of late and he missed Arsenal‘s game against Liverpool last week.

Tierney would have expected to start in his place, but Mikel Arteta opted to play natural right-back Takehiro Tomiyasu on the left instead.

This worked a treat as the defender put in a stellar performance in Arsenal’s 3-2 victory.

Tierney was “gutted” to not be picked but he knows he cannot complain as “Tomiyasu played amazing”:

“Of course, I was thinking, I got took off in the Thursday night game [against Bodo/Glimt at the Emirates] that maybe he was keeping me for the Sunday,” Tierney told Sky Sports.

“Maybe at the time, that was his [Arteta’s] plan as well, then the day before, he’s took me in and said, it’s not on your performance, this is just a tactical change I want to make. I was like, I’m gutted. But that’s all it is.

“There’s nothing I can say, we went out and won and Tomiyasu played amazing and the game plan worked. It just shows you, not many managers would think, we’ll switch the right-back over here. But he did, and it worked.”

He added: “That was the first meeting I’ve had like that in my life, that I’d been dropped. It’s new to me still, this season has been new to me.

“There was a spell last season for three to four games where I wasn’t playing but since the start of this season, I’ve not really played, so it’s all new to me. I’m learning, I’m dealing with it.

“It’s tough, footballers want to play. I worked so hard to get back from injury, you just want to play as much as you can when you’re back. Unfortunately, I’ve not played too many but every time I get a chance to play, I’m so grateful and I work as hard as I possibly can for the team.”