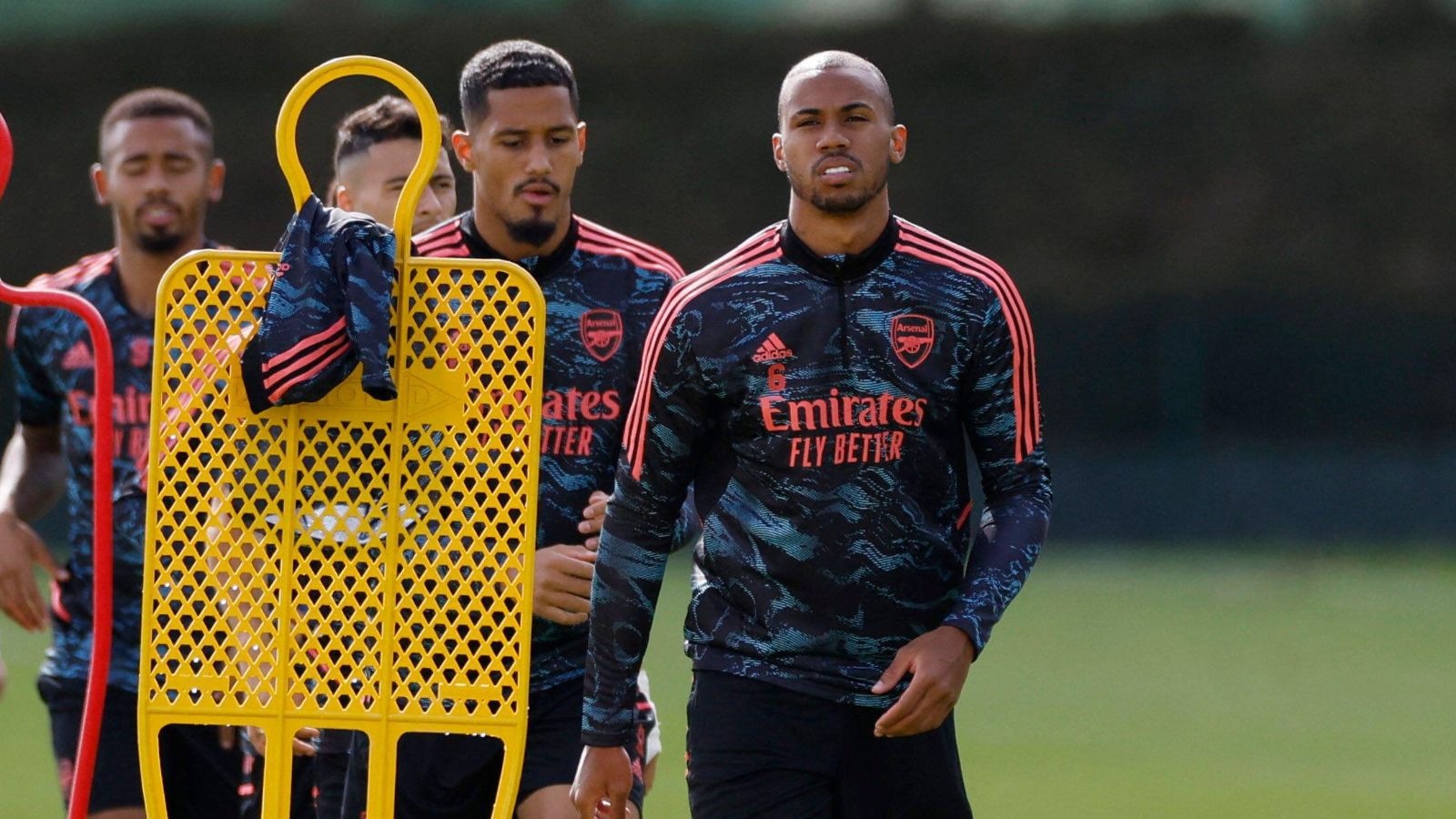 Arsenal have been told that they need to be wary about Gabriel Magalhaes as the defender has shown that he “can lose his temper and make rash challenges.”

The Gunners have been a breath of fresh air at the start of this campaign.

There is a long way to go still but at the moment they look well-positioned to finish fourth at the very least.

All of their players have stepped up as Mikel Arteta has been able to get the best out of the majority of his squad.

One of their major plus points this term is Gabriel and William Saliba’s blossoming partnership at centre-back.

Arsenal have been more solid defensively this term as they have only conceded ten goals in nine in the league.

Ex-Arsenal and Man Utd defender Mikael Silvestre has pointed out that Gabriel “has to find balance” in his game:

“He has shown sometimes that he can lose his temper or make rash challenges, like that penalty against Tottenham. That is a part of the game,” Silvestre told bettingexpert.

“I think he needs a little bit more experience.

“Now, I am sure that the staff at Arsenal will try to improve this side of his game. It is hard because, his mental state, his determination is key to winning challenges.

“He has to find the balance, it is within him. He needs to stay calm, and hopefully, that will improve.”

Martinelli and Bukayo Saka have shone over the past few seasons and they are forming a fearsome partnership with summer signing Jesus.

The ex-defender thinks Martinelli’s decision making has improved of late:

“Decision making for [Martinelli]. He is 21 so it was about gaining experience and becoming a bit more mature in his decision-making. The way he is reading the game, I would say it is much better,” Silvestre added.

“Also, I believe he is fitter and he is getting a run of games. But in the past, this was always an issue because he would get injured. Now I have my fingers crossed for him, that he will continue.

“He has an electric pace. He’s tricky and on top of that, now he is making the right choices at the right moment in the right areas of the pitch. His defending for the team is also getting better.”

On Gabriel Jesus, he continued: “They (Arsenal) signed Zinchenko and Gabriel Jesus who are Premier League winners and have that attitude.

“What they transmit to the other players is serenity and belief. That’s on top of the qualities that they have. They are very good players.

“For Jesus, he was one of the guys at City and now he is ‘THE GUY’ at Arsenal.

“And he loves that. He wants more, he is so hungry for every game. It is very impressive.”