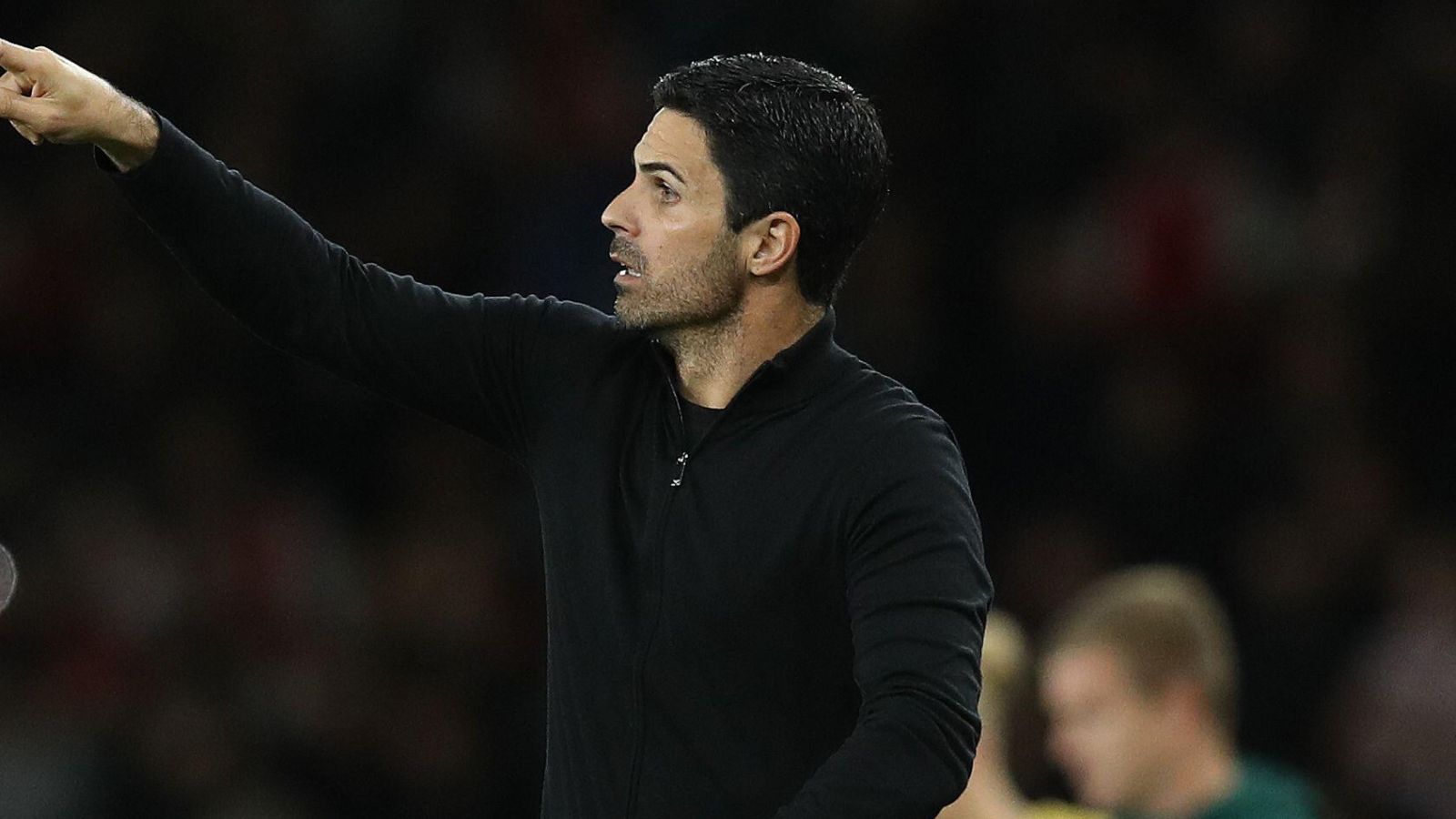 Mikel Arteta has suggested that his in-form Arsenal team “can get better” as the season goes on and he wants them to “raise their level” against Liverpool.

The Gunners have been in great form at the start of this season. They are out to kick on this term after they narrowly missed out on the top four in 2021/22.

They are on track to do that as they currently sit top of the Premier League after eight games.

Across all competitions, Arsenal have won nine of their ten games this campaign.

They will look to continue their excellent start when they host Liverpool at the Emirates on Sunday afternoon.

Arteta is aware that this game will be tough for his side as it will be a “really demanding match” for Arsenal:

“It is a really exciting game against one of the top opponents in this league. It will be a really demanding match that is going to require us to be at our best,” Arteta told reporters.

“It is a fixture that everybody is looking for against an opponent that has shown the level they have in the last five and six years.

“We have to show we have raised our level and are able to compete.”

Arteta clearly has a lot of confidence in his players as he believes that they are capable of “getting much better” as the 2022/23 season progresses:

“I am very conscious that we can get much better than where we are today and we have to do better to be the team we want to be and the challenge is to be able to do that every three days.

“You always see the weaknesses you want to improve.”

On the fixture schedule: “We know the fixtures we have been given have no precedence because of the World Cup. Every team is different, every squad is different. If you get injuries it makes the situation much worse.

“If you have robots who can play every three days life is much easier. It is something we have to experience and taste because at the moment we don’t know how it’ll play out.”

Arteta had a successful spell at Everton during his playing career so he has a lot of history against Liverpool.

The Gunners boss remembered the Merseyside derbies as being “really intense” games to be involved in:

“Now you look at the games with a different perspective and you have to be much cooler and prepare many different aspects to be able to beat them on Sunday, so you get away from that.”