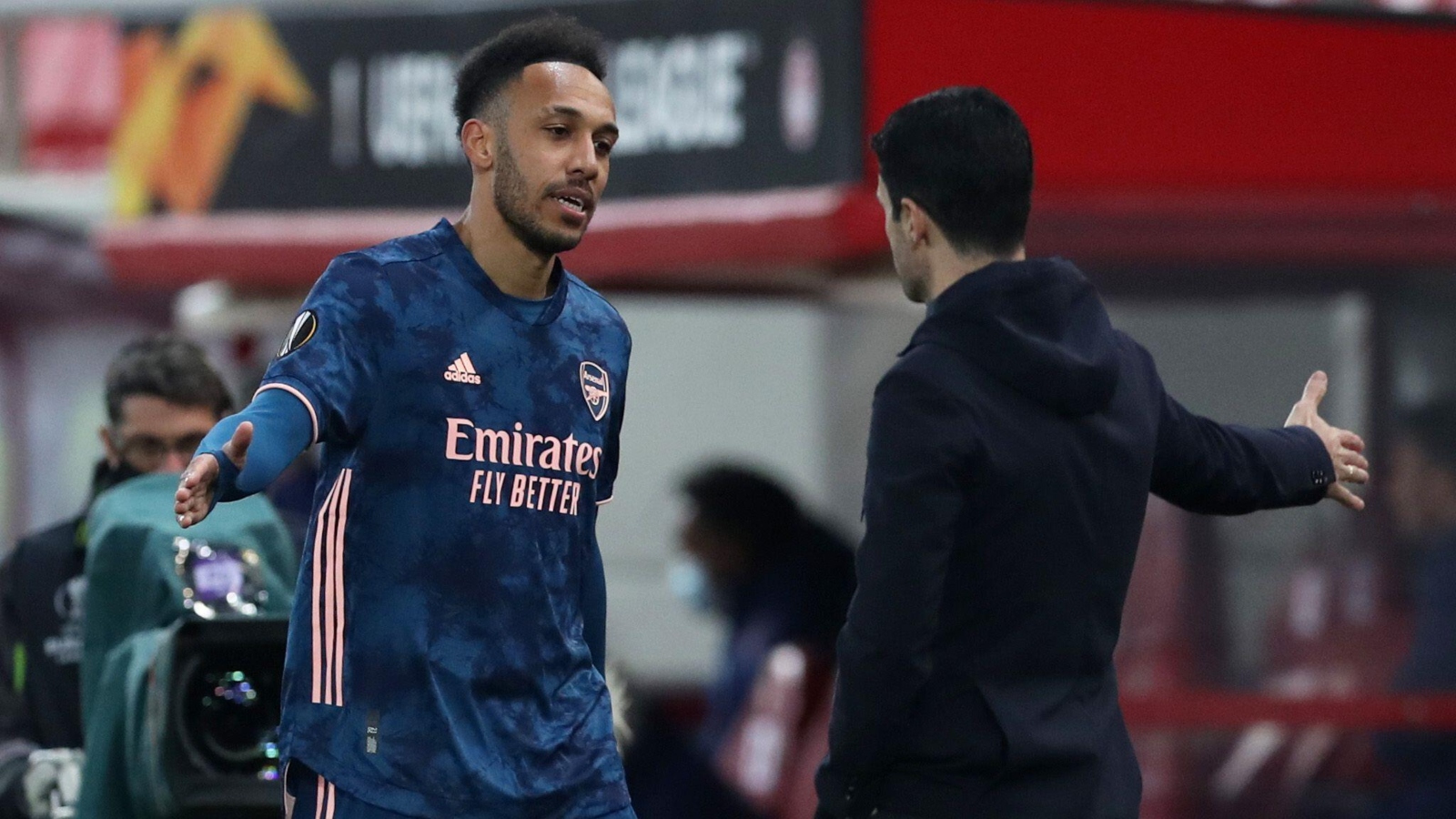 Aubamayang left the Emirates Stadium for Barcelona in February, his contract torn up having not been in and around the first-team after Arteta dropped his then-skipper for returning late from an agreed break.

His stint in Spain lasted just seven months before he returned to the Premier League with Chelsea and a video emerged in recent days of the Gabon forward slating Arteta’s management skills.

“To manage big characters or big players, he (Arteta) can’t deal with it,” Aubameyang was recorded as saying in an interview with A Jewellers.

“He (Arteta) needs some young players, they don’t say anything, they listen.”

Since the video was first shared, Aubameyang took to social media to explain his comments, writing part of a tweet which read: “Aware there is a video out that was recorded just after I arrived at Barca. At the time I still had a lot of bad feelings in me – Arsenal are doing great things this season and I wish all my old guys well, just not on November 6.”

Arteta was asked about Aubameyang’s comments on the eve of Arsenal’s Europa League clash with Bodo/Glimt.

“People are free to discuss what they want,” he told reporters in Norway.

“I have never been in a better dressing room (than this season) – more enjoyable, more hard-working, a better relationship between staff and players and it is an absolute pleasure as a coach to be a part of this group.”

The Gunners sit top of the Premier League table after beating Liverpool 3-2 on Sunday, a game in which Gabriel Jesus won the penalty which Bukayo Saka converted to earn the three points.

The Brazil forward has been in fine form since joining from Manchester City in the summer but has been left at home for Thursday’s game inside the Arctic Circle.

“We thought that, obviously, with everything that he’s been through in the last few weeks that it was better that he stayed at home,” explained Arteta.

“At the end of the day, we will have XI players on that pitch, our selection is based on how we think we are going to win the game – that is it.”