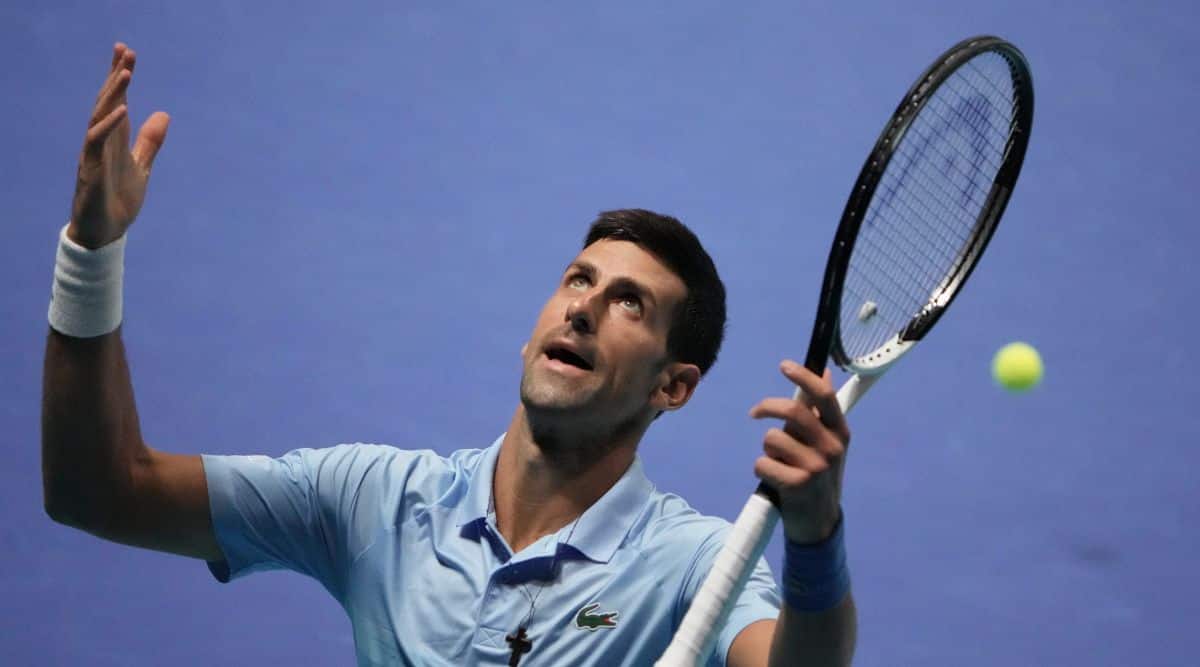 Add Botic van de Zandschulp to the long list of players to have been schooled by Novak Djokovic.

Djokovic eased past Van de Zandschulp 6-3, 6-1 on Thursday in his first career meeting with the 27-year-old Dutchman to reach the quarterfinals of the Astana Open.

Van de Zandschulp earned one break point in each set but couldn’t seriously threaten Djokovic, who is looking for a second straight indoor hardcourt title after winning in Tel Aviv last week.

“(In the) second set I think I started to read his serve better and just started swinging through the court more,” Djokovic said. “Botic is a quality tennis player. When he has time, he can hurt you, so I tried to take away that time from him and I’m very pleased with the way I played, particularly in the second.”

Djokovic will next face Karen Khachanov, who rallied to beat Marin Cilic 2-6, 6-3, 6-3. If the 21-time Grand Slam champion gets past that one, he could come up against fellow former No. 1 Daniil Medvedev.

The second-seeded Russian beat Emil Ruusuvuori of Finland 6-3, 6-2 to move one match away from a potential rematch of last year’s U.S. Open final, when Medvedev beat Djokovic to deny his attempt at a calendar-year Grand Slam.

Medvedev will first have to beat Roberto Bautista Agut, who advanced Wednesday.