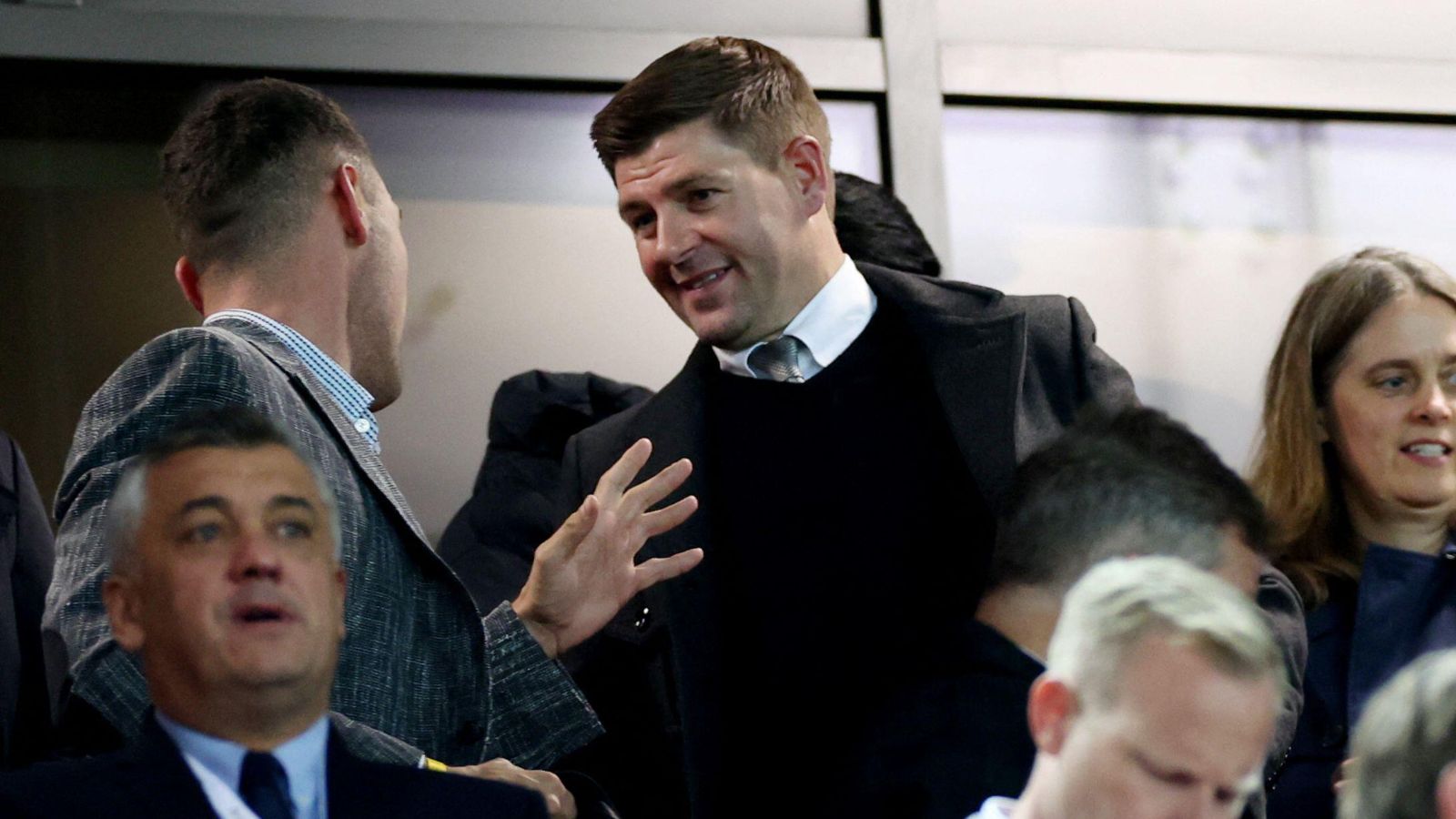 Cooper is facing a fight to keep his job as Forest have lost five straight games. Ex-Liverpool and Everton boss Rafael Benitez has been linked with the club in recent days but the Englishman is set to ‘remain’ in charge for now.

Forest have hired Filippo Giraldi as their new sporting director but Cooper is set to lead his side against Aston Villa on Monday evening.

Forest returned to the top flight following a 23-year absence, but the club raised eyebrows with their aggressive transfer policy, signing a staggering 22 players.

They spent around £145m on new additions with a few loan additions and free transfers sprinkled in for good measure as well.

“To sign so many new players in one window is unique,” said Gerrard ahead of his side’s trip to the City Ground. “I’ve never seen it or heard it before.

“From where I am, to think about how you’d deal with that and manage that, it would be extremely tough and challenging.

“He [Steve Cooper] deserves the time for that to settle, for them to get used to the club, and how Steve plays. That takes time.”

Gerrard is set to be without Ludwig Augustinsson for Monday’s clash after the defender was sidelined for three weeks with a hamstring injury sustained in Aston Villa’s goalless draw at 10-man Leeds United last weekend.

Villa are unbeaten in their last three fixtures and Gerrard has demanded his squad continue to improve in order to move up from 14th in the table.

The Villa boss, who expects Matty Cash and Calum Chambers to return from injury on Monday, added: “There’s been an improvement, but what I will say is we need to keep striving for more improvement and better results.

“We’ve got another opportunity against Forest to go away and try and build on our recent performances and try to get an away win. If we do, we’ll creep closer to where we want to be.

“Recent performances have given us a platform but there’s no one on the inside at Villa who thinks we’re there. We know we’ve got to keep pushing in every way, shape and form.”

READ MORE: The longest unbeaten start to every PL season, where they finished and who ended it