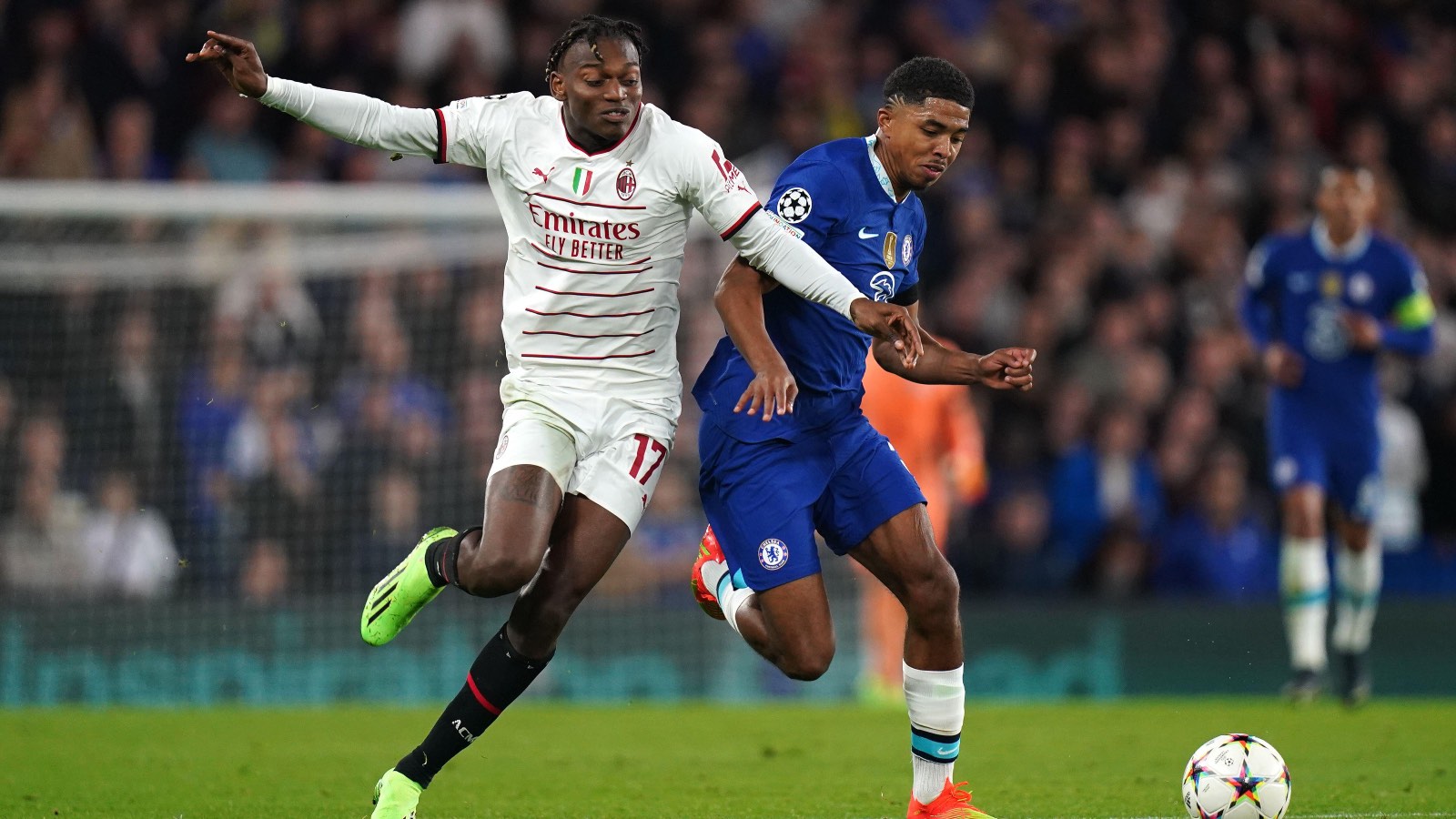 Leao threatened early on for Milan but Reece James’ excellent display kept him quiet in the second half in particular.

Chelsea reportedly made a deadline day bid of around £70m for the forward which was rejected by Milan but are still thought to be interested.

Having scored the second goal of the game for Chelsea against his former club, Aubameyang was full of praise for Leao.

He said: “He’s an incredible player, really impressive. He’s very fast, powerful, he can make the difference at any time. Nothing else to say except that he is incredible.”

Italian newspaper Corriere della Sera (via Daily Star) claims Chelsea are ‘ahead of everyone’ else when it comes to Leao’s transfer away from Milan.

The Serie A side are currently trying to negotiate a new contract for the Portugal international, whose current deal expires in 2024.

The report adds that he “will not be sold” for “less than €100m” as Chelsea look to get the deal done in January.

Milan director Paolo Maldini insists the Italian side is the best place for Leao to grow as a player.

“For the complete development of Rafa, Milan are the best club, in my opinion,” he said.

“He is 20 years old, I remember that at 20 I didn’t have all these certainties.

“Each of us has a different path: I remember feeling the pressure, I would need a pat on the back, a word in difficult times. These guys need support.”

Chelsea boss Graham Potter did little to curb the transfer specultion ahead of his side’s win over Milan.

“I am really surprised in a positive way by what he has done, he makes a difference in attack with goals and assists,” Potter said. “Congratulations, he is a top player.

“Then what he will be in the future I don’t know but he is playing really well with Milan. He has the skills and the talent of being able to play well in the Premier League too.”