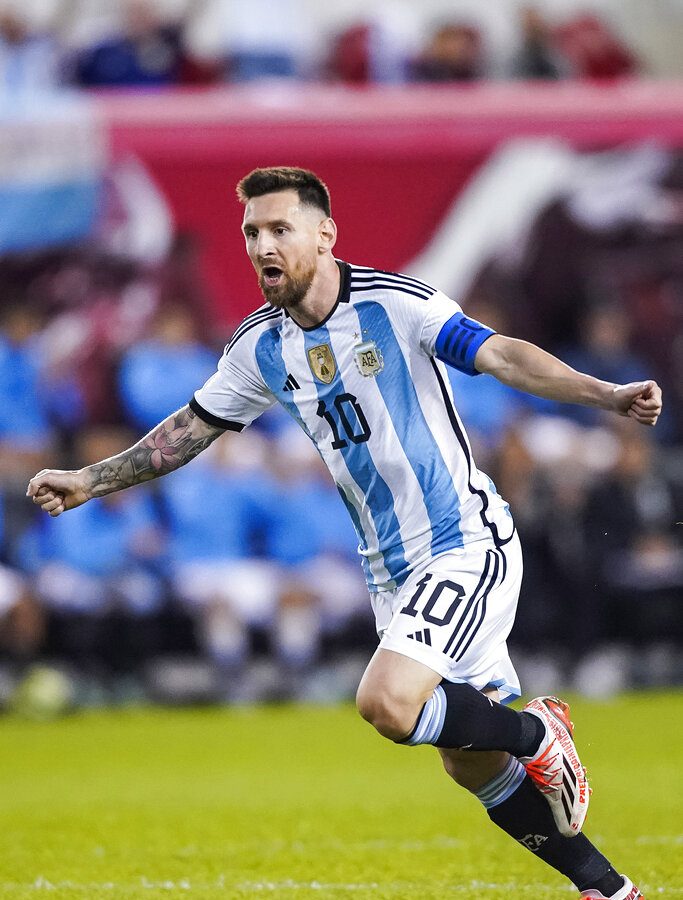 Barcelona played out a disappointing 3-3 draw in their UEFA Champions League encounter against Inter Milan on October 12. The Catalan giants are now on the verge of being knocked out from the group stage for the second year in a row.

In addition to the ignominy of a draw against the Nerazzurri, Barcelona fans felt let down by their idol and former Barcelona player Lionel Messi. Inter Milan striker Lautaro Martinez had a great night as he scored a goal and provided one assist in the high-stakes match.

However, the passionate Barcelona fans didn’t take kindly to Messi’s gesture and lashed out on Twitter.

One Barcelona fan tweeted, “Messi right now is way more happy that Lautaro is getting form for the World Cup even if it meant hurting Barcelona.”

Another disheartened fan wrote, “I hope Argentina gets knocked out in group stage of the World Cup.”

I hope argentina gets knocked out in group stage

For some Barcelona fans, Messi’s gesture was more painful than the result itself.

Now that hurts more than the defeat…

Obviously he will love his country teammate performing well🤦🏻

Barcelona started off strongly in the match with Ousmane Dembele putting the hosts in the lead. Inter’s Nicolo Barella brought the visitors level in the second half. Martinez then scored a spectacular goal to give his team the lead before Robert Lewandowski struck to bring Barcelona back into the match. The match evolved into a back-and-forth contest as Robin Gosens found the back of the net in the 89th minute. However, Robert Lewandowski saved the day for Barcelona with his injury-time header to earn his side a 3-3 draw. This result means that Barcelona no longer control their own destiny.

A win for Inter Milan in their next fixture against Viktoria Plzen will ensure that Xavi’s team will fail to progress to the round of 16 for the second season in succession.