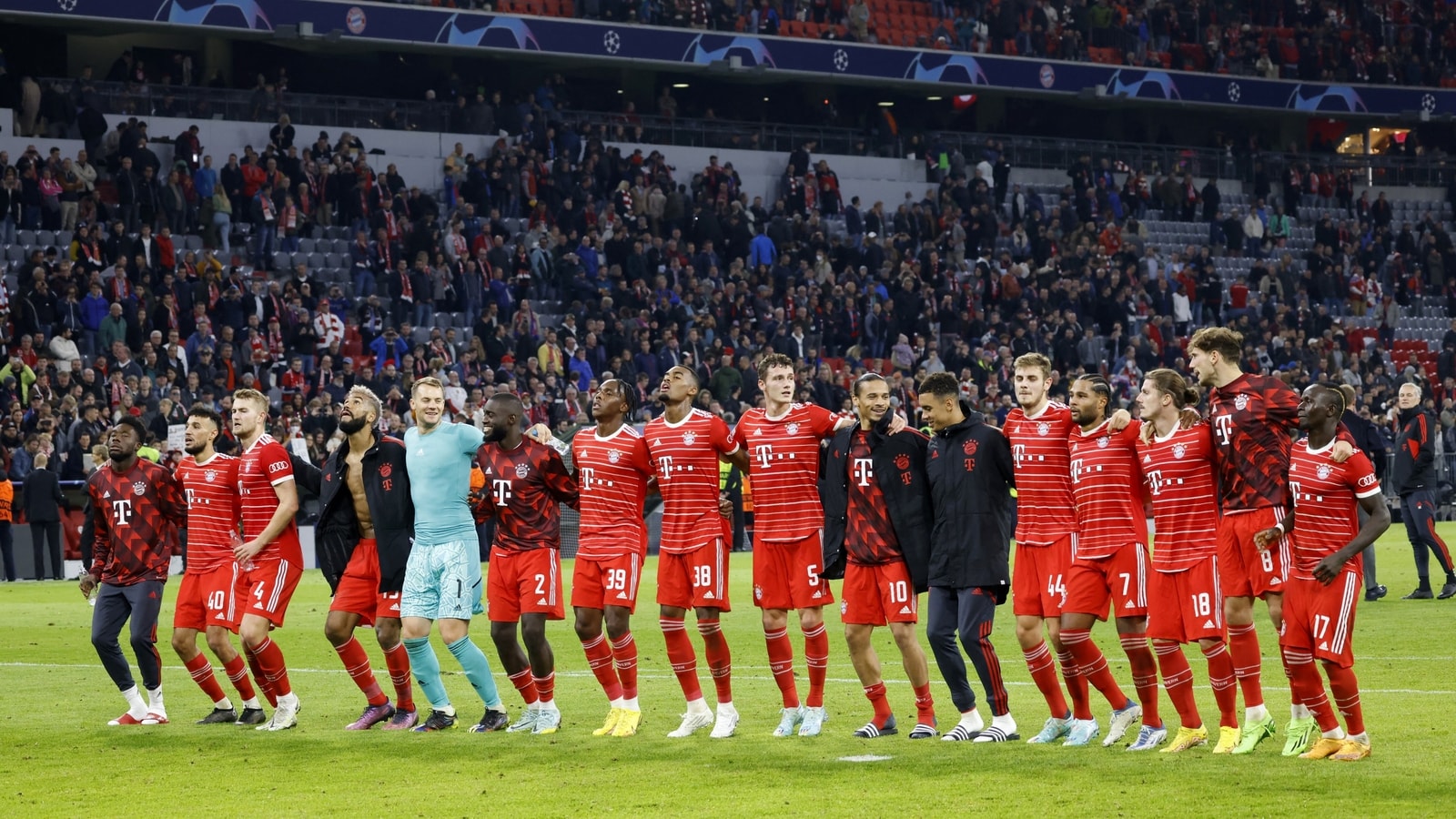 Bayern Munich are on fire in the Champions League, unbeaten after three games including wins over Barcelona and Inter Milan. However, when it comes to Bundesliga, their form has been patchy, winning just once in their last five games.

On Saturday, they face Borussia Dortmund in one of the biggest matches in the German football calendar. The Bavarians have dominated this tie by winning 53 of the 108 matches in Bundesliga, including their last five meetings, and have drawn 29. But entering the weekend’s Der Klassiker — The Classic — which will be held at Dortmund’s Signal Iduna Park, Bayern may not be overwhelming favourites.

Both teams, level on 15 points, will look to keep themselves on the heels of early pace-setters Union Berlin and SC Freiburg, both of which are on 17 points.

Bayern’s string of poor results in Bundesliga has taken their former striker Claudio Pizarro by surprise. “What has surprised me is what is happening in the Bundesliga. Bayern has so many good players, not just in the playing XI but also on the bench. It’s very important that they get better in Bundesliga,” said Pizarro, who is now Bayern’s Club Ambassador and had scored 125 goals for them during his two stints (2001-07, 2012-15) with the German giants.

There might be no Robert Lewandowski or Erling Haaland on display but Pizarro is eagerly looking forward to watch Bayern’s Jamal Musiala and Dortmund’s Jude Bellingham, who according to him are the future stars of football.

Both 19, they are among the key players for their respective teams. Musiala moved from Chelsea to Bayern at the start of 2019-20 and by the end of it had made his Bundesliga debut which made him Bayern’s youngest debutant in the league at 17 years and three months. This season, he has already scored seven goals and provided six assists in 12 matches in all competitions.

Bellingham was signed in 2020-21 from Birmingham by Dortmund and such has been his start to this new campaign that he is tipped to make it to the England’s World Cup squad. According to reports, Manchester City and Liverpool are in race to sign him. Bellingham has scored four times and assisted twice in 12 matches this season.

“They are best two players I have seen over the last one year. They both are doing well, both are incredible and they are going to be the best in the world,” said Pizarro in an interaction organised by Sony Sports Network, who are the official broadcasters for Bundesliga in India.

The former Peru international is also excited to see Bayern’s Mathys Tel and Dortmund’s Youssoufa Moukoko. Both are just 17 but lot of big clubs are already keeping a track of their progress. Last month, Frenchman Tel, who was bought from Ligue 1 side Rennes, became Bayern’s youngest scorer at 17 years and 126 days when he netted in a 5-0 DFB Cup win over Viktoria Koln eclipsing record previously held by Musiala (17 years, 205 days).

In 2020-21, Moukoko, at 16, had become Bundesliga’s youngest debutant when he came on as a substitute for Haaland against Hertha Berlin. With the Norwegian departing to Man City, he is now their lead striker, scoring twice and assisting thrice in 11 matches in all competitions.

Pizzaro feels that Bayern can challenge for the Champions League this season and overcome disappointments of the past where they have lost their bearings in the knockouts.