It’s back to Scottish Premiership business after more chastening nights in European competition for Celtic, Heart of Midlothian and Rangers.

The two Glasgow rivals continue their tussle at the top, Dundee United seek a first Premiership win as they entertain Aberdeen in the first of this season’s Saturday evening kick-offs, while Hearts return to action in the final fixture away to Kilmarnock.

Here, BBC Scotland highlights some of the games and names to watch over Saturday’s five games and one on Sunday.

For the second weekend running, Rangers are involved in a second v third contest, with St Mirren the latest team to head the chasing pack behind the Old Firm.

The Paisley side have put together a run of five wins from six, including a 2-0 home success over leaders Celtic.

On that occasion, they snuffed out Celtic’s attacking threat with well-organised pressing and aggressive defending while hitting on the break with impressive speed. They had a mere 20% possession in the game but rarely looked troubled.

The visitors are likely to again spend long spells without the ball at Ibrox as Rangers look to build on a comfortable win away to Hearts, which came before the Champions League defeat at Anfield.

Liverpool were quicker and stronger than Rangers all over the pitch and manager Giovanni van Bronckhorst may want to rest some weary legs ahead of the return game in Glasgow next week.

St Mirren have issues in attack, with Jonah Ayunga banned and Eamonn Brophy injured, but the hosts can reintroduce Antonio Colak, top of the Scottish Premiership scoring chart, after he was limited to about 20 second-half minutes on Tuesday.

Rangers have been victorious in all four home league games this season, scoring 12 and conceding just one – and they are on a 12-game winning run against St Mirren in the competition.

The Buddies haven’t even managed a top-flight goal at Ibrox since 2012 and last earned a point at the stadium the year before that. 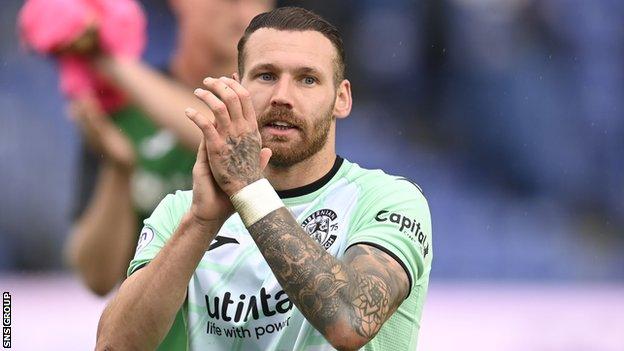 Martin Boyle has scored in both of his past two league outings for Hibs. The last player to score in three successive top-flight games for the Edinburgh club? Well, that would be Boyle again, in August last year, before his mid-term departure for Saudi Arabia.

The speedy forward was elsewhere for half of last season but still ended up as Hibs’ top scorer by a distance.

And he has wasted no time in making his influence count again since marking his return with a dramatic, last-gasp equaliser at home to Hearts just hours after receiving clearance to play – and without any pre-season training under his belt.

The 29-year-old is getting sharper with every game and that’s bad news for defenders.

It has been a dismal week for Ross County, who will be licking their wounds after back-to-back defeats in Dingwall. Hibs really should have scored more than the two goals they got, while Motherwell banged in five.

County started the season on a losing streak but were playing some nice stuff, suggesting that a corner would be turned sooner rather than later. However, they have delivered just one win in nine league games and that corner is looking further and further away.

They visit a Livingston side buoyed by a run of three home wins on the bounce, while County have taken three points just once in the past nine top-flight league meetings between the sides.

Of course, Mackay recovered from a sticky start to last term, leading his side to the top half of the table, but the 50-year-old could really do with stopping the rot soon.