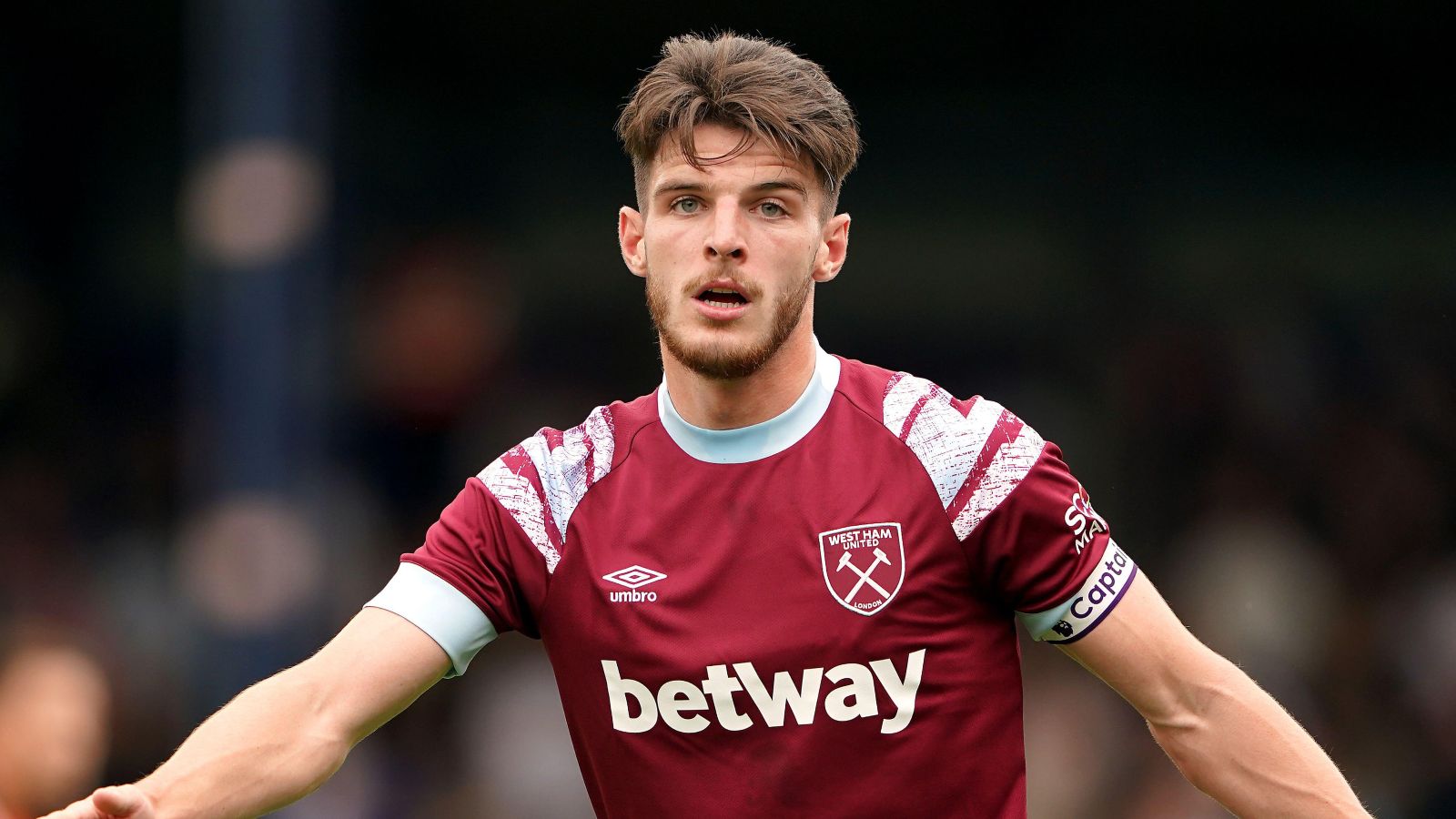 Chelsea reportedly remain ‘firm favourites’ to sign Declan Rice and the midfielder is ‘expecting’ to leave West Ham next summer.

Rice has grown to establish himself as one of the best midfielders in the Premier League over the past couple of years.

The 23-year-old is already an integral player for England and he is well-positioned to play a key role at the World Cup.

The midfielder had a spell at Chelsea as an academy player but he was quickly snapped up by West Ham after being let go by the Blues.

Rice has surpassed all expectations as a Hammers player and it is now only a matter of time before he leaves to join one of the best teams in the world.

Chelsea are known to be admirers of him but a move in the summer was made near-on impossible when West Ham set their asking price at £150m.

“When Jorginho first joined to play at the base of Chelsea’s midfield, he got a lot of stick,” Merson wrote for Sportskeeda.

“That said, over the years, he’s played regularly under every manager at Stamford Bridge, which simply doesn’t happen if you aren’t a good player. He’s different to English midfielders in the sense that he’s not about his work rate, hustle or moving at 100 miles per hour.

“He makes the team tick by keeping it tidy in the centre of the park and is also capable of picking a defence-splitting pass. Kalvin Phillips joined Man City for around £42m, while Declan Rice is valued at over £100m. They’re both good players, but they don’t play like Jorginho, do they?

“We haven’t had a player like Jorginho for god knows how long now. Jorginho has got flaws, but he’s very assured on the ball and controls the game from a deeper midfield position. For me, he’s very underrated as people don’t understand what he brings to the table in the Premier League.”

Chelsea are unlikely to listen to Merson and in this instance, they are right to ignore him.

Rice’s contract at West Ham is due to expire in 2024 so they will not be able to demand as high a fee for him next summer.

90min are reporting that Rice ‘remains top of Chelsea’s wanted list in 2023’.

It is said that Todd Boehly and the rest of the club’s hierarchy ‘remain big fans’ of the centre-midfielder.

It is also acknowledged that one of Boehly’s ‘principal remits is to try and lure the world’s best young players to the club’. This is clear with them pursuing RB Leipzig duo Josko Gvardiol and Christopher Nkunku.

The report adds that Rice is ‘expecting to leave’ next year as he is keen to ‘further his career’. Chelsea are understood to be ‘firm favourites’ to sign him.

READ MORE: Ten others who made Our League look p*ss easy in their debut season like Haaland