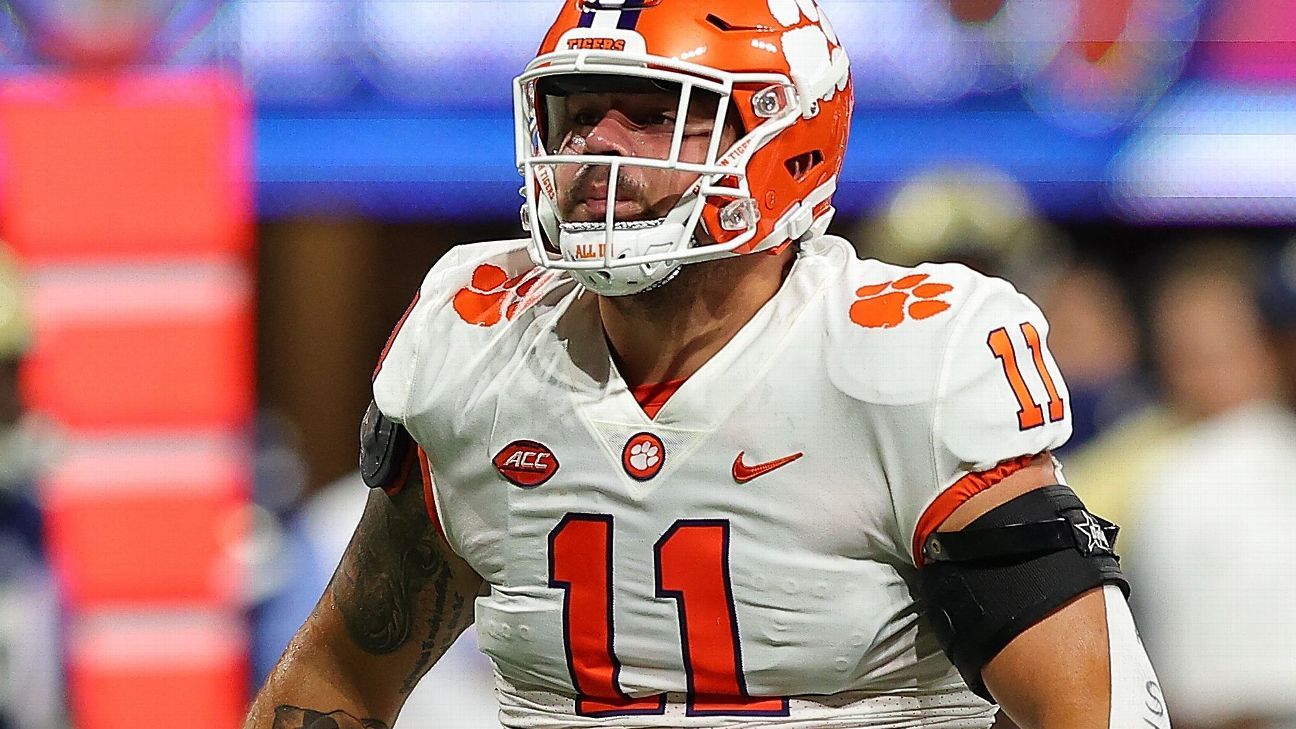 Swinney said Tuesday that Bresee was continuing to recover from a kidney infection diagnosed last week and would be out for the fifth-ranked Tigers (5-0, 3-0 Atlantic Coast Conference). Bresee underwent tests and medical monitoring and received positive news about his condition, Swinney said.

The coach said the 6-foot-5, 305-pound junior will use this week to regain his football conditioning.

It’s the second straight game and third this season that Bresee, the ACC’s defensive rookie of the year in 2020, will miss. He was out against Louisiana Tech, with his family after the death of his 15-year-old sister.

Bresee didn’t play last week in a win over North Carolina State after his infection was diagnosed.