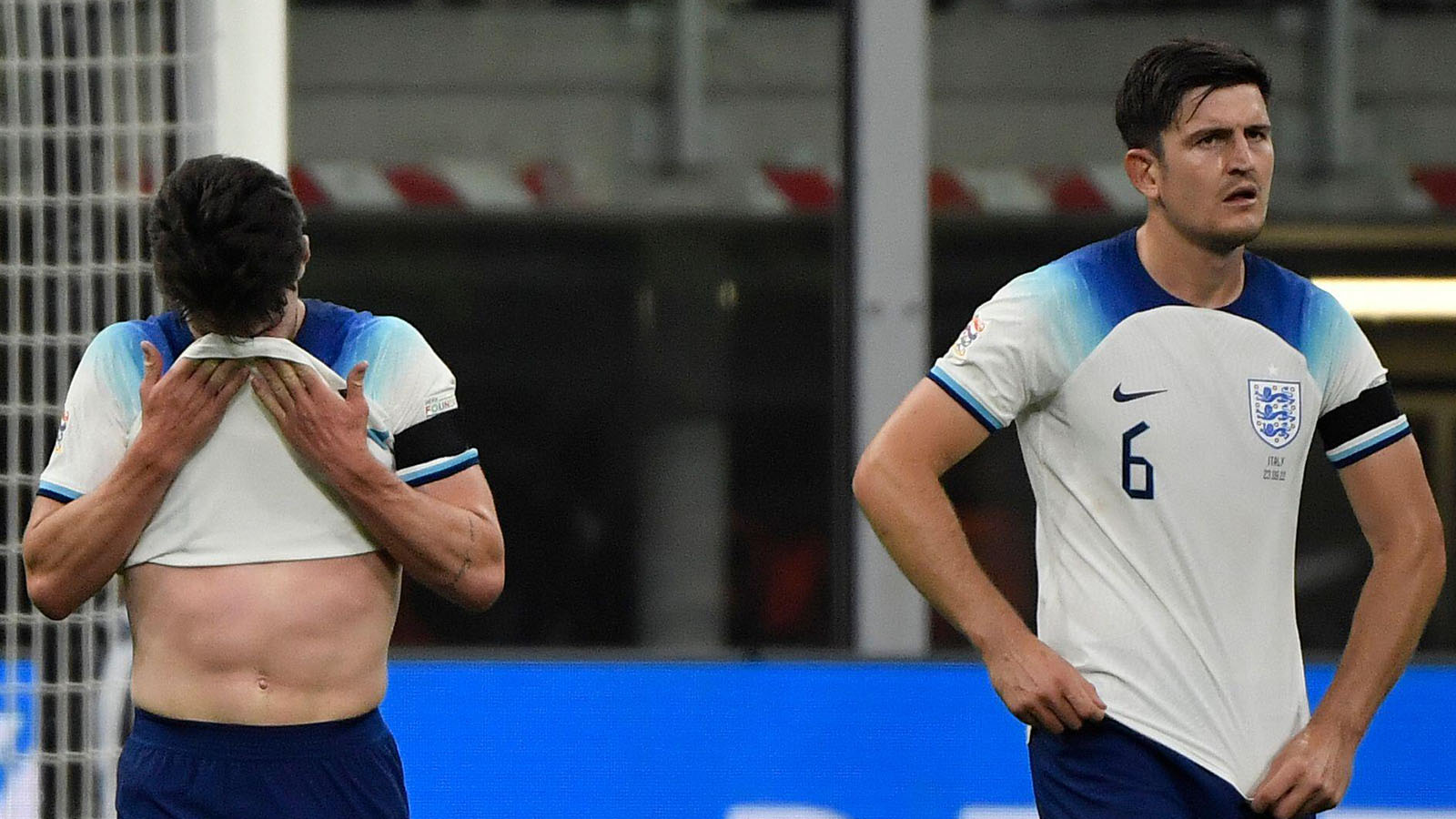 England fell to a disappointing 1-0 loss to Italy at the San Siro to relegate them from their Nations League group.

Gareth Southgate’s side will only have one more match before they head off to the World Cup in Qatar.

Cole thinks that England have to use the game against Germany to build up some momentum.

He told Channel 4: “It puts huge onus on the game. It’s the last game we’ll play as a group before we’re in Qatar.

“There is personality, there is character in this group, but they’ve lost their way over the last five or six games.

“They can find it. Gareth Southgate’s got to find a way to galvanise this group over this next week.”

England now find themselves on a winless run of five matches and looking short of ideas.

Throughout this Nations League group, England have only scored one goal and even that came from the penalty spot.

Southgate’s side have desperately struggled for creativity, despite the wealth of options at his disposal.

Cole was disappointed at how England started the game but picked out Jude Bellingham as England’s best player.

He added: “It was the manner we started the game. The Italians were on it and we weren’t getting close to them. The problems that keep surfacing.

“These lads have got the ability. They’re top drawer players.

“Jude Bellingham, a 19-year-old, was our best player tonight. But that’s unacceptable with the quality we’ve got because they have got the ability.”

England will face Germany on Monday, who have also been having their fair share of problems.

Hansi Flick’s side lost 1-0 to Hungary in their latest Nations League match and currency sit third in League A Group three.

The last time England faced Germany was back in June and they played out a 1-1 draw, with Harry Kane scoring a late penalty to level the game.

Southgate’s record against the top 10 nations has been called into question, but he believes these games have come down to fine margins.

The England manager explained: “We’re playing some of the biggest football nations and the fine margins are decisive.

“We’ve said we’re not in an ideal situation in terms of numbers of players playing at a high level regularly. But we’ve got to keep working at it and we’ve got to make sure we stay on track.

“There’ll be a huge amount of noise, of course, but that’s been created from the summer, really, and I totally understand that.

“The players in the dressing room know that this was a game they well could have won and if they take their chances and defend the goal better then we do win. It’s fine margins.”