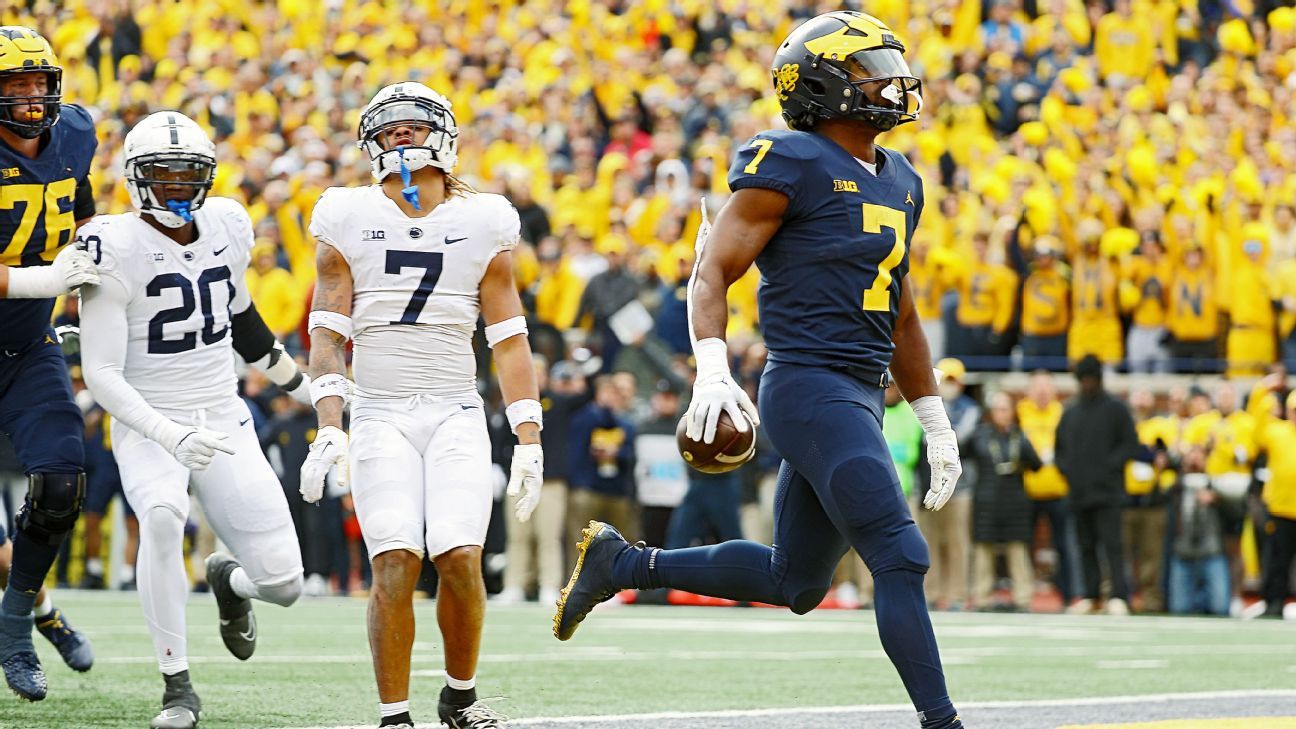 We walked into Saturday expecting a shakeup and that’s what we got.

How will Saturday’s top games affect the College Football Playoff chase? What are the current odds for the top four? The Allstate Playoff Predictor has the answers. Check back every week as the odds are updated following that week’s games.

Tennessee‘s victory over Alabama means for the first time this season, ESPN’s voters will have a change in their top three.

A unanimous selection all season, Alabama did not receive any votes after losing to the Vols, a game which saw the Crimson Tide penalized 17 times for 130 yards, the most accepted penalties in the Nick Saban era (previous was 15 penalties earlier this season at Texas). Alabama allowed 52 points, the fourth most in program history and most since 1907 vs. Sewanee (54 points).

Instead of the Tide it was Tennessee that became a unanimous selection. Just how much of a breakthrough was the victory for the Vols? According to ESPN Stats & Information, Tennessee had lost 28 consecutive games against AP Top 5 teams. Its last win before Saturday was Sept. 26, 2005, against No. 4 LSU. The Vols entered Saturday 1-28-1 all-time against Top-5 ranked Alabama teams with its only win coming on October 16, 1982. Saturday was Tennessee’s first win over an AP Top-5 opponent at home since beating No. 2 Florida on Sept. 19, 1998.

Ohio State and Georgia are now the only season-long unanimous selections. The Buckeyes were on a bye and the Bulldogs breezed past Vanderbilt, 55-0.

Elsewhere, Michigan‘s definitive victory over Penn State vaulted the Wolverines into the voters’ No. 4 spot. Michigan rushed for 418 yards against the previously unbeaten Nittany Lions in garnering its most votes of the season.