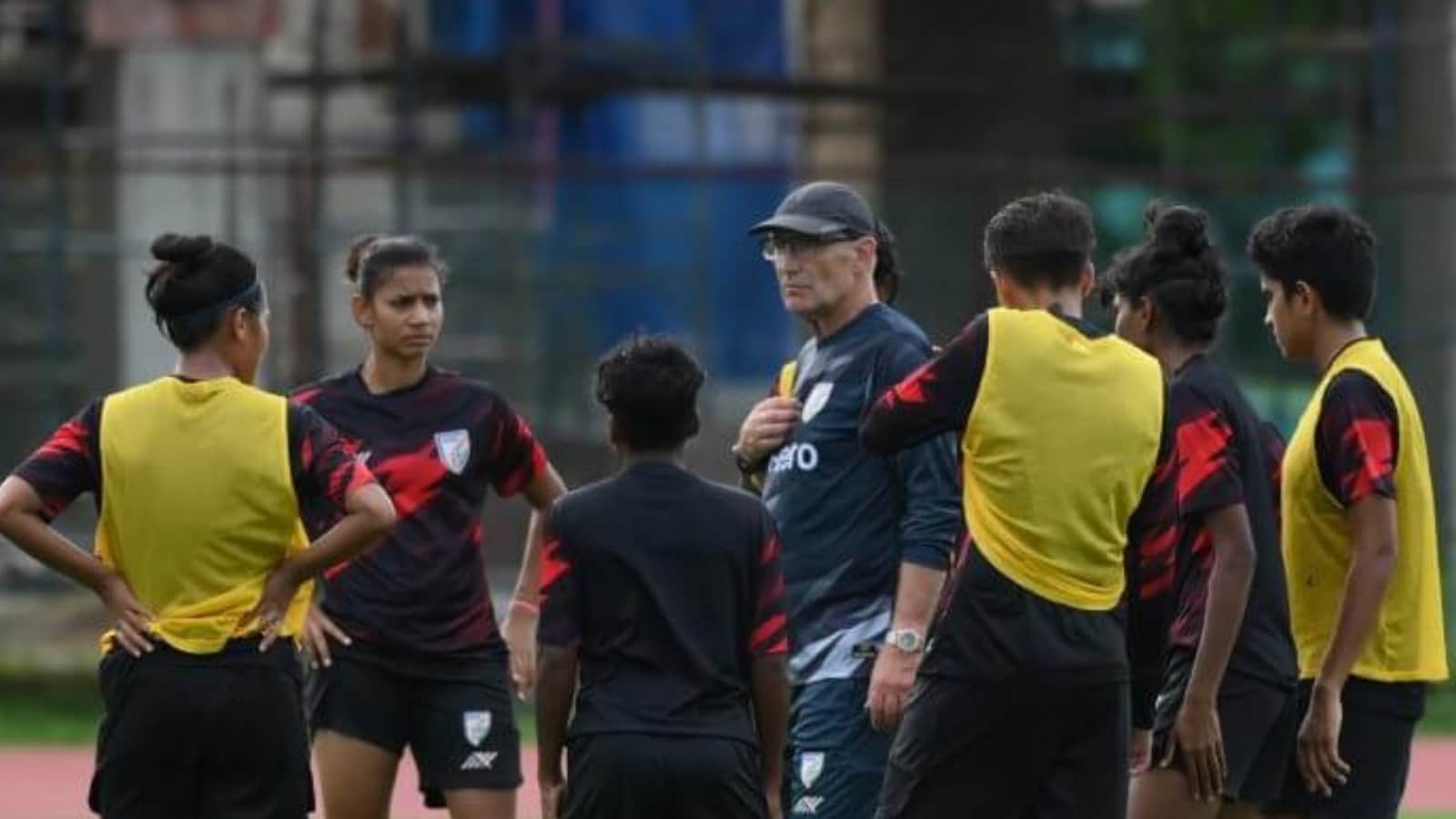 The Indian under-17 women’s football team head coach Thomas Dennerby sounded confident ahead of the FIFA U-17 Women’s World Cup, which willbe held in Bhubaneshar, Navi Mumbai and Goa from October 11.

Speaking to the media during and virtual interaction, coach Dennerby said that the team will give it their all to qualiy from their group, which also has USA, Morocco and Brazil.

“We are completely focussed and hopeful that good performance will lead to points. We want to be in the quarter-finals – we’re going to fight it out, staff and players together. We know we are playing against some of the top teams. But if we really have a good day, and the top teams have some weakness, then there is always a chance for the underdogs to make it a match for themselves,” Dennerby told the media.

“If we can score an early goal against one of these teams, then they may get a little nervous or start thinking a little bit too much and get stressed. So, there is always a chance and if we get a chance we will take it,” he added.

The Indian under-17 women’s football team are in the last leg of their preparations and are currently training in Bhubaneswar, after returning from their exposure trip to Spain last week. Dennerby said that the level of the team’s performances has gone up since what they played during their last exposure trip to Italy.

“The team performance is much stronger than before. Against Sweden, we played a good game but unfortunately lost due to some mistakes we committed. We have to put our best foot forward now,” he said.

“The team is ready now. All my players are excited to get on to the pitch and perform. We have been practicing for a long time now. We had almost 250 different training sessions altogether in the past seven months. It is evident that the girls are raring to go. Today when we finally entered the World Cup hotel, we felt like an extra push. Now it’s real and we are here finally.

“In the past few months, we played against the Odisha senior team a couple of times here in Bhubaneswar and had really good results against them. So, if we look at the performance in total in the last two months, I will say that we have taken huge steps since the beginning of this summer. Hopefully we can do the same when it comes to the World Cup and competition games,” he added.

Dennerby said the young players, even though comming from different backgrounds, have banded together as a single unit for the common goal and menatlly are prepared for the world’s challenge.

“When you come to a football team, different backgrounds don’t matter at all. Here we all are same, we are here for the same reason. We have a target to achieve and to have that together is wonderful. That’s one of the best things with any team sport. You always share your dreams and goals with your friends.

“Sometimes when we lose, we feel sad, and be happy when we win and we do it as a team all together. And mentally, I think, the girls are quite strong now. I observed when they played Sweden. Now, we are close to a top team like Sweden which means that we also have the strength to handle the World Cup. So that also helps you mentally to see that you can perform against good teams on the pitch. It’s also natural to be nervous and we are trying to prepare them mentally the best way we can,” he said.

When asked about India’s opponents in the group stage, Dennerby said: “The USA have a strong powerful team and play quick football. They play a very high press game, putting opponents under pressure and utilising a lot of mistakes that the rivals commit because of the constant pressure. And we need to handle this. How? Well, that we will not tell you just yet.

“Hopefully, we have found a way to handle Brazil. We saw them during our tour of Spain because they were training beside us. We saw them coming out as a very physical team – some huge girls. Morocco also are a good technical team They try to build up from behind with patience but we have an idea how we should handle that,” he added.

The Indian under-17 women’s football team take on the USA on October 11, Morocco and Brazil on October 14 and October 17, respectively, at the Kalinga Stadium in Bhubaneswar with all three matches kicking-off at IST 8 PM.