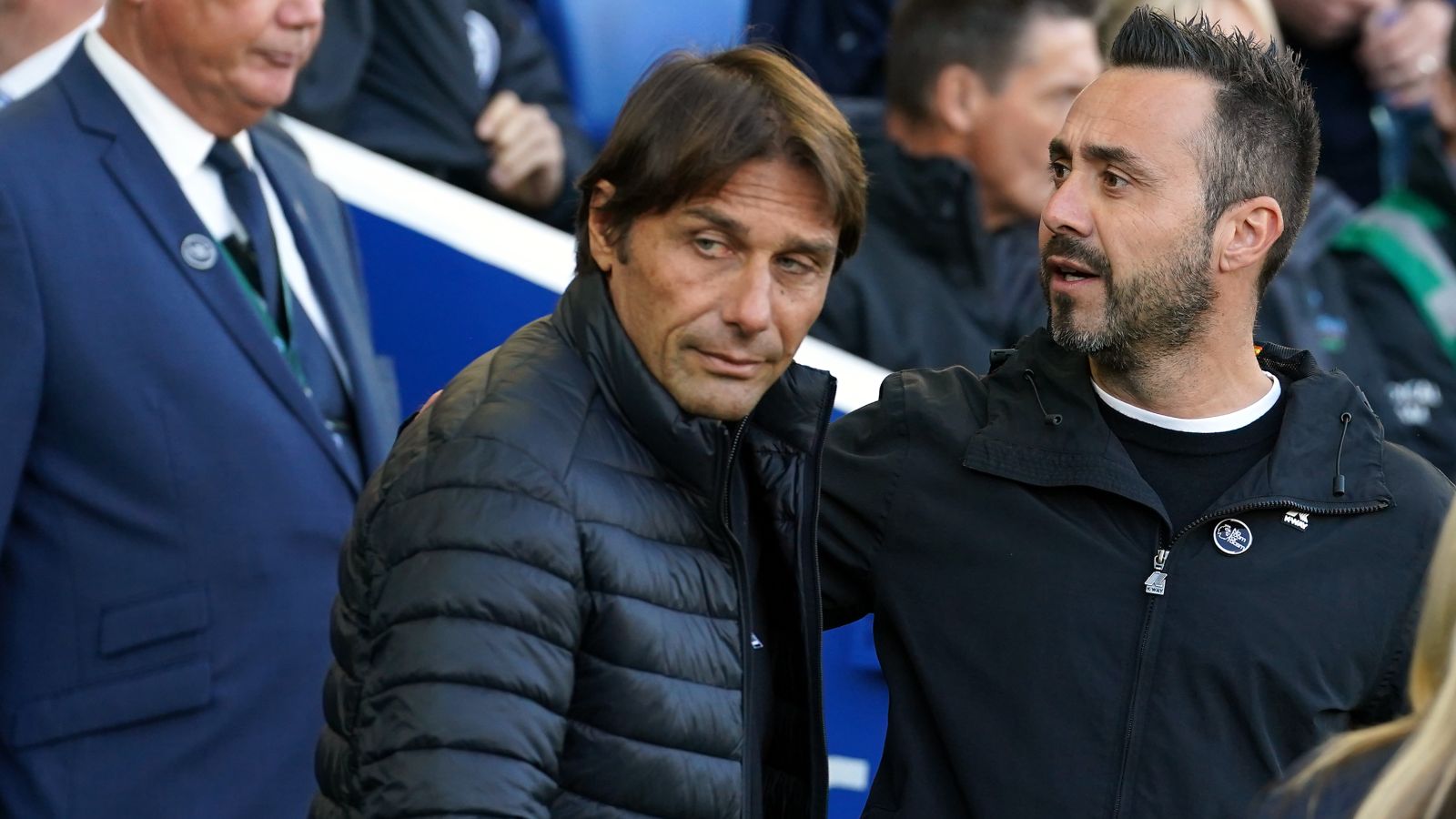 Antonio Conte was pleased with Tottenham Hotspur’s win over Brighton and he has insisted that “there is room for every player in his squad”.

The game against Brighton was arguably one where the result was more important than the performance.

Tottenham have endured a troubling week as they suffered a deserved 3-1 defeat against Arsenal in the North London derby last weekend.

Then in midweek, they struggled as they were made to settle for a goalless draw against Eintracht Frankfurt in the Champions League group stages.

Preparations for the trip to Brighton were unsettled by the death of their fitness coach Gian Piero Ventrone on Thursday.

Harry Kane and Son Heung-Min led the tributes to the 61-year-old who was a “loveable” character.

It was Kane who was the difference-maker against the Seagulls. He headed home the only goal of the game before the break as Spurs eventually ran out 1-0 winners.

This victory is Tottenham’s sixth of the season and they are now only three points behind Man City having played the same number of games.

Spurs have a tough run of fixtures coming up. They host Frankfurt in their fourth Champions League group game on Wednesday night.

Then they come up against Everton, Man Utd and Newcastle United in the space of eight days.

Conte stated post-match that Spurs “deserved” to win as they put in a “good performance”:

“We tried to play with intensity and I think the victory and the win is deserved. A great compliment to Brighton because they are a really good team.

“We wanted to play with one more midfielder because usually, we play with two strikers but right now we have Dejan Kulusevski and Lucas Moura injured. When you have to play every three days, you need to give players some rest.

“Richarlison needed some rest, it is a different intensity to Everton so that is why he was on the bench.

“I’m happy that Oliver Skipp came back with us and I’m happy for Matt Doherty to come back after a long injury.

“There was a lot of positive things and we go away from here with a lot of confidence. We know we have an important game at home on Wednesday and I would like to invite our fans to make a good atmosphere in our stadium for that match.

“When the results are good for our players, I am the first person to be happy. We need to create a unity in the team and every player needs to know that they can play. In my opinion, there is room for every player in my squad.”

Kane added after the game that he is “feeling good” and he wants to keep scoring:

“It’s been a difficult week to say the least [due to the passing of Tottenham fitness coach Gian Piero Ventrone] and it was nice to get the win today,” Kane said.

“It was a bit of a scrappy goal, Son [Heung-min] whipped one in with pace and it went in. We managed to get the win and we know it’s a difficult place to come.

“We’ve just got to recover and prepare for the Champions League midweek. I’m feeling good and scoring goals so hopefully that continues.”

READ MORE: The longest unbeaten start to every PL season, where they finished and who ended it