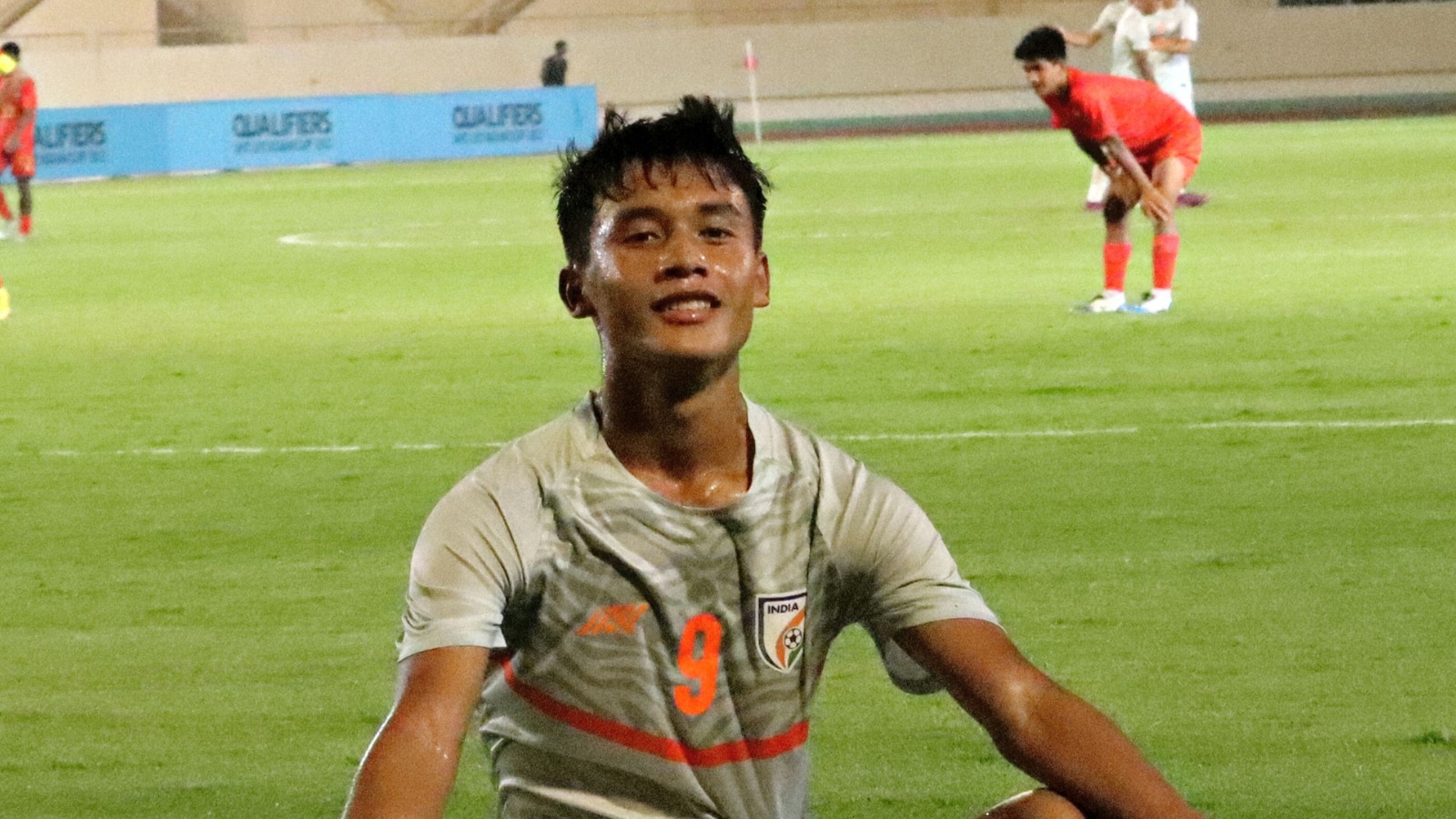 The India U17 Men’s National Team has played some of it’s best football at the AFC U-17 Asian Cup 2023 Qualifiers in Al Khobar, Saudi Arabia so far, amassing 12 goals in three matches. One youngster who has shone for the Blue Colts, netting a third of the team’s goals is Thanglalsoun Gangte.

Right now the highest scorer for the team in the AFC U-17 Asian Cup Qualifiers, Gangte had also ended the SAFF U-17 Championship last month as the joint top scorer with four goals to his name. Despite being at the forefront of the goalscoring efforts of the team, Gangte is one who remains firmly grounded, something that he attributes to the discipline imparted by the staff.

“I think one of the biggest things that we have experienced in the national team is the importance of maintaining a disciplined life for a football player,” Gangte said, speaking to the-aiff.com. “Discipline brings in continuity, and with that, it becomes a habit to put in the same effort for every match. That’s why we always go into every match for the win.”

While discipline keeps everyone in line, the youngster also feels that the boys are given enough room to express themselves on and off the pitch.

“The coaches give us a lot of encouragement. They want us to play good football, and they always encourage us to think about how we will play, and to make those decisions for ourselves. That’s where I believe the creativity comes in,” he said.

“Coach (Bibiano Fernandes) always told us during the trials that there is no selection in the team. You just have to put your entire mind and body into the game. In order to be in the team you have to give something to the team, and I try to do that by scoring the goals,” said Gangte.

The son of a former footballer social worker from Imphal, Gangte was introduced to the beautiful game at a very early age; so much so, that he can’t remember when he started playing.

“I don’t know really. Whenever I remember, I was always playing football. I guess it’s because my father was a footballer at the local level that I was introduced to the sport so early,” he said.

As he progressed down the years, Gangte’s talents were soon noticed by the different football academies, and after a brief stint at the Minerva Academy, he soon joined Sudeva Delhi in 2019. It was from the Hero I-League club, that Gangte participated in the Delhi Futsal League and the Delhi Premier League.

“Playing the Delhi Premier League and the Delhi Futsal League really helped open my eyes to the senior level of competition,” said the 16-year-old. “The pace and intensity was totally different, and I think that experience ultimately helped me when I went for the U-17 National Team trials in Goa, which was a dream come true.”

Having won the SAFF Championship in Sri Lanka last month, the team has now made it’s way to Saudi Arabia, where their last match against the hosts is all that remains of the U-17 Asian Cup Qualifiers.

“I think we have given a good account of ourselves so far, but one match still remains, and we need to make sure that we make it to the main tournament,” he said. “We always approach the next match as the more important one, and for sure, Saudi will be a very tough opponent in their own back yard.

“But I feel that the way our team has stuck together and fought for each other, we have shown that we can overcome difficult times and give a good account of ourselves,” concluded Gangte.