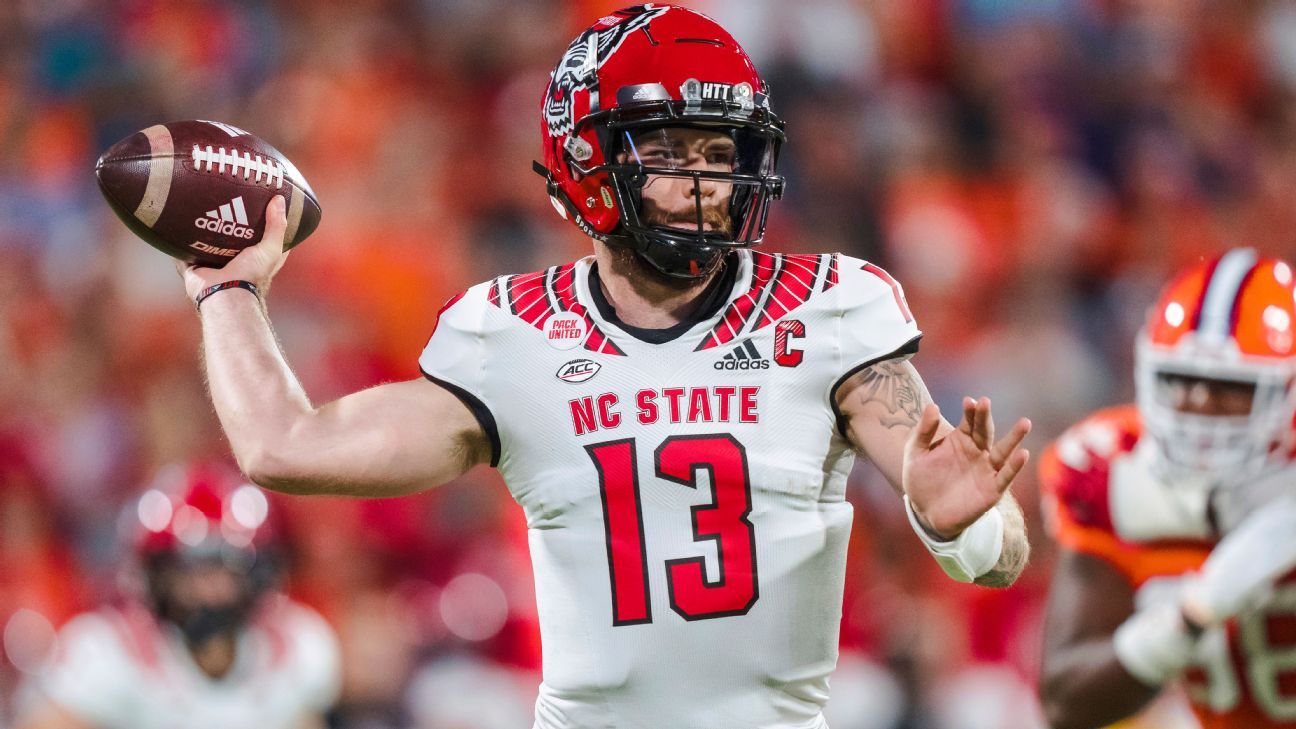 NC State will have QB Devin Leary back at some point this season, but head coach Dave Doeren isn’t offering any insight as to when.

Leary injured his shoulder in the second half of last week’s 19-17 win over Florida State, but testing showed limited damage that would not require surgery, Doeren said. Leary began rehabbing the injury Monday, but Doeren was muted about the possibility his QB would return in time for Saturday’s Top-20 matchup against Syracuse.

“Devin is super tough, and he’ll grind,” Doeren said. “It could be this week or it could be six weeks.”

NC State was trailing 17-10 when Leary went down Saturday. Jack Chambers came on in relief, but threw just one pass — an incompletion. NC State instead relied on good field position and its ground game to set up three straight drives that ended with field goals.

Chambers, a transfer from Charleston Southern, is 6-of-14 passing this season with one touchdown, but has had success at the FCS level, and Doeren said he wouldn’t hesitate to air it out this week against Syracuse, if need be.

“Jack’s had 400 yard passing games before. He can throw the football,” Doeren said. “If we’re going to get into a game and have to chuck it around, we feel great about him. But everybody’s on deck as we get Devin ready to play.”

Doeren said Leary could play Saturday even if he doesn’t practice during the week.

Doeren said he expects to get both receiver Devin Carter and running back Demie Sumo-Karngbaye back this week. Both left the Florida State game with injuries.