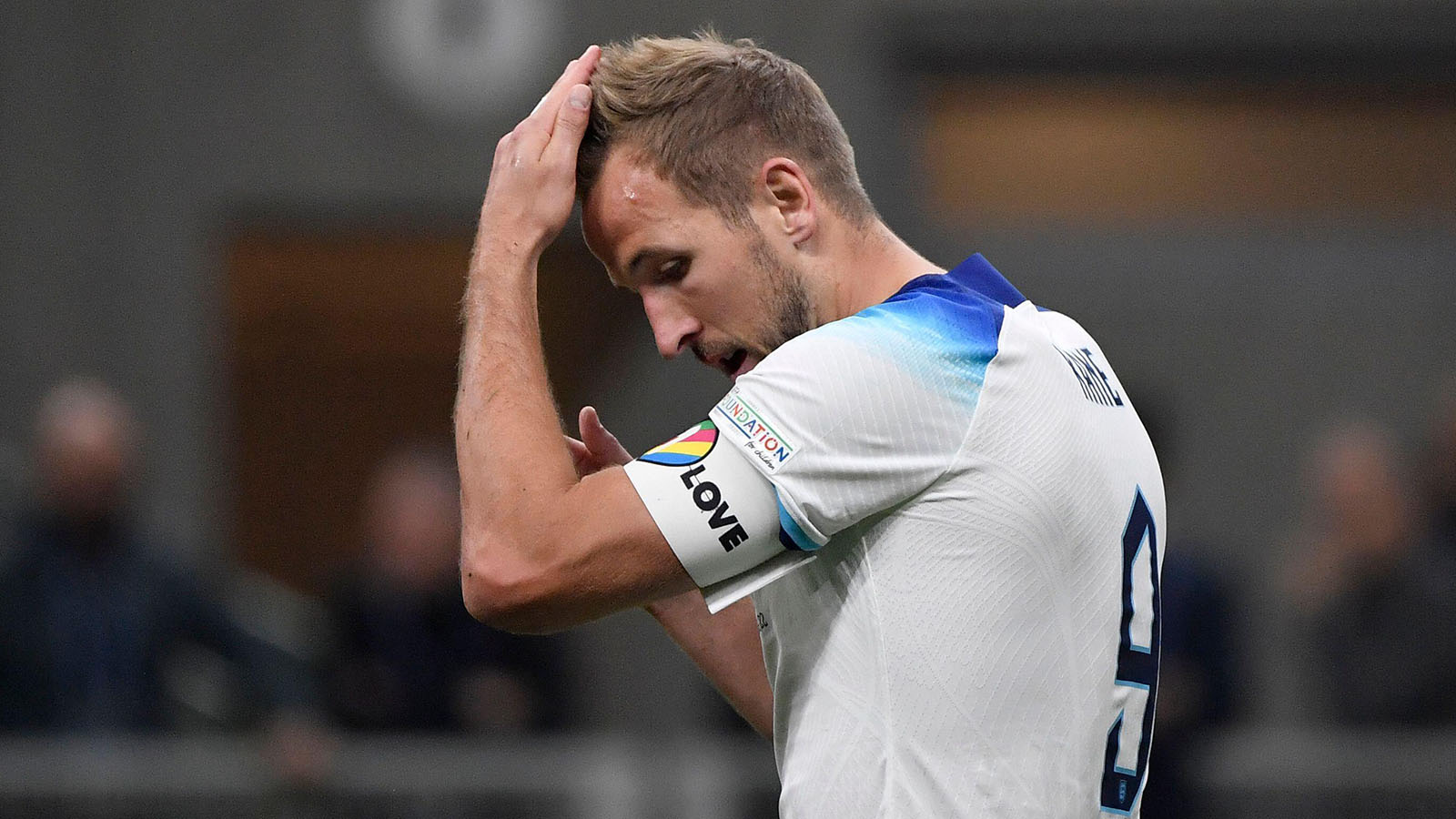 
Harry Kane has reflected on England’s disappointing defeat against Italy but remains positive that England will come through this tough period.

England’s World Cup preparations haven’t exactly gone to plan as Gareth Southgate’s side have been relegated from their Nations League group.

The defeat against Italy means that England are now winless across their last five matches.

Southgate’s side now only have one game remaining before they head off to the World Cup in Qatar.

England captain Kane has admitted the squad has fallen below expectations, but he thinks the game against Germany could be a turning point.

Kane took to his Instagram to explain: “We know results haven’t been what we wanted.

“As a group we know what we’re about and will fight through a tough period.

“Full house at Wembley against Germany will be great World Cup preparation.”

The last time England faced Germany, Kane was on the scoresheet with a late penalty to make it 1-1.

England’s recent problems cannot be ignored, but Kane believes a change of luck is around the corner.

The England captain explained (via Channel 4): “Of course, we’re not winning games. Any fans in the world want to win games, and we’re not quite doing that.

“We need to learn, we need to move on.

“You’re playing against top opposition. You don’t get loads of chances in these type of games. Not quite clinical enough, with the crosses, with the finishes.

“It’s been a disappointing few games. It’s part of football, you learn, you move on. We’re preparing for the biggest tournament of all in a couple of months time.

“We need to make sure we’re ready for that.

‘There’s no need to panic. We know what we’ve achieved over the last four years, we know what we want to achieve going forward.

“This is a spell that’s disappointing for everyone, but we’ll move on, and make sure we’re ready for Monday.”

Kane is only three goals away from levelling Wayne Rooney’s record of 53 international goals, but England haven’t been hitting form in the final third recently.

Southgate’s side have only scored one goal throughout their entire Nations League campaign and they struggled to create much against Italy.

The Germany game on Monday will be Southgate’s last chance to assess the squad before the real fun begins.