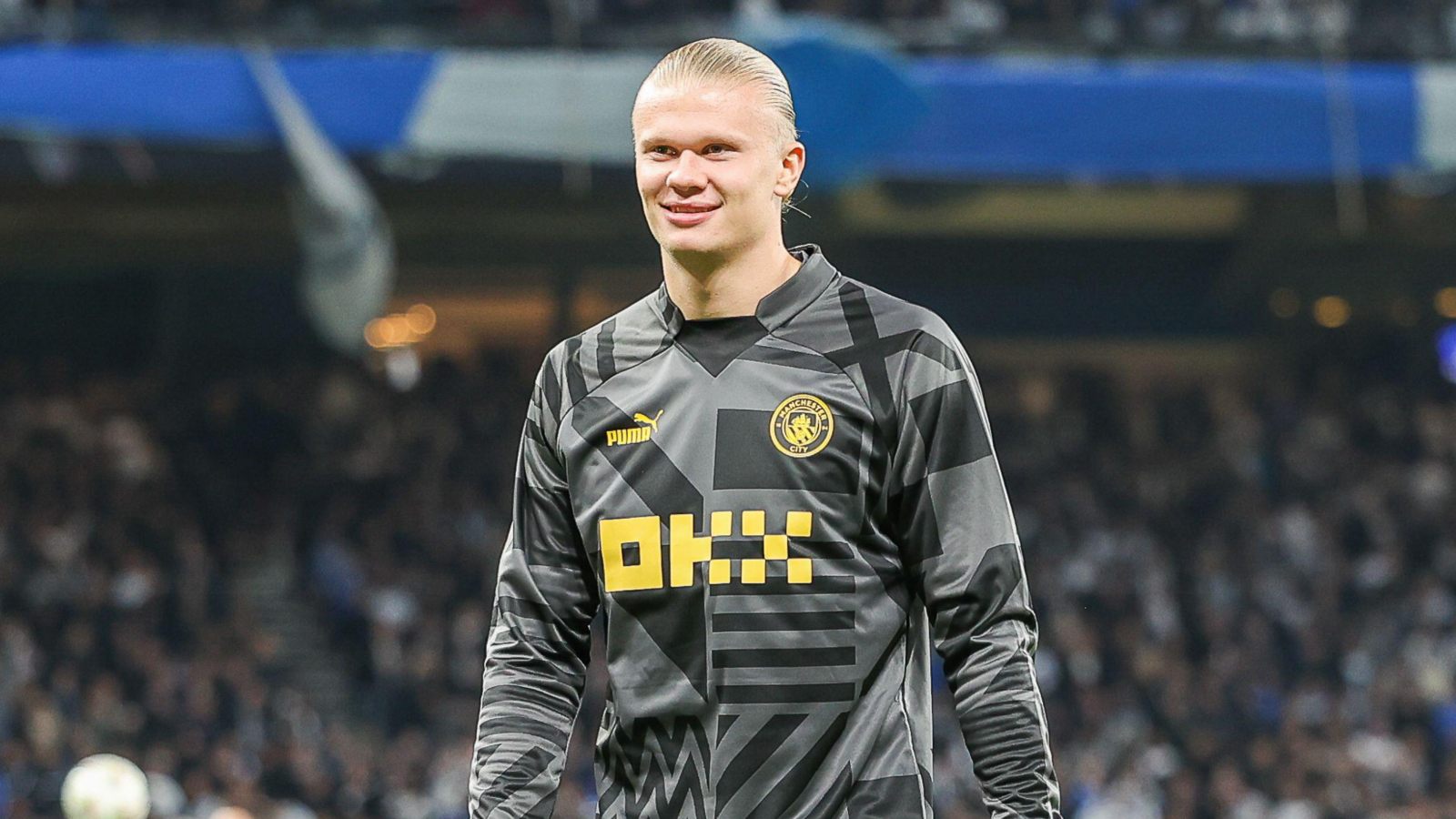 Erling Haaland will reportedly have a €200m release clause in his deal from 2024 and the ‘only’ club that could afford the Man City star have been revealed.

The striker has enjoyed an extraordinary start to his career. He had a remarkable scoring record at Red Bull Salzburg and Borussia Dortmund before he signed for Man City last year.

The 22-year-old would have been forgiven had it taken him some time to adapt to life in the Premier League but he has surpassed expectations so far.

He has scored four hat-tricks for Man City this term and he is on track to break records with his 31 goals in 26 appearances across all competitions.

Haaland signed for City last summer for around £53m from Dortmund as his release clause became active. Ben Jacobs has now revealed that his €200m release clause at City becomes active in 2024.

The journalist adds this is directed at ‘non-Premier League clubs’ and PSG are the ‘only’ club that could afford to pay this fee and ‘match or better’ Haaland’s wages.

‘The more he succeeds, of course, the more interest he’ll attract, but it’s not true that there’s a Real Madrid-specific release clause, and Pep Guardiola has gone on record denying this,’ Jacobs wrote for Caught Offside.

‘In fact, there’s no active release clause in his contract, though things will change a little in the summer of 2024 when a €200m release clause starts to kick in, and it can only be triggered by non-Premier League clubs.

‘This will also decrease the longer Haaland stays at Manchester City, but the clause doesn’t mean a great deal – if anyone outside the Premier League wishes to trigger it, they’d still ideally not want to match its terms.

‘Even if they were prepared to meet the value and Haaland really wanted to go, in that situation, City would probably just negotiate anyway, though we’re so far from that scenario that it almost feels laughable to discuss it.

Jacobs adds: ‘Even if a suitor came in they wouldn’t just have to pay that clause, if they’re outside the Premier League, they’d also have to match or better Haaland’s wages, so Real Madrid would struggle to do that, it’s probably only PSG who could afford Haaland if you factor in wages and fee.’

‘What’s going to be interesting with this particular valuation is just how close the clause ends up being to Haaland’s actual fair market valuation in 2024.

‘When he joined if you’d have said €200m I think most people would’ve thought that’s incredibly high, but because of the way the market is moving at the moment, the money teams are spending, and the form that Haaland’s in, how close will that be by the summer of 2024? He might not be far off being a €200m player!’

READ MORE: What every Premier League club still needs with a week to go in the January transfer window…