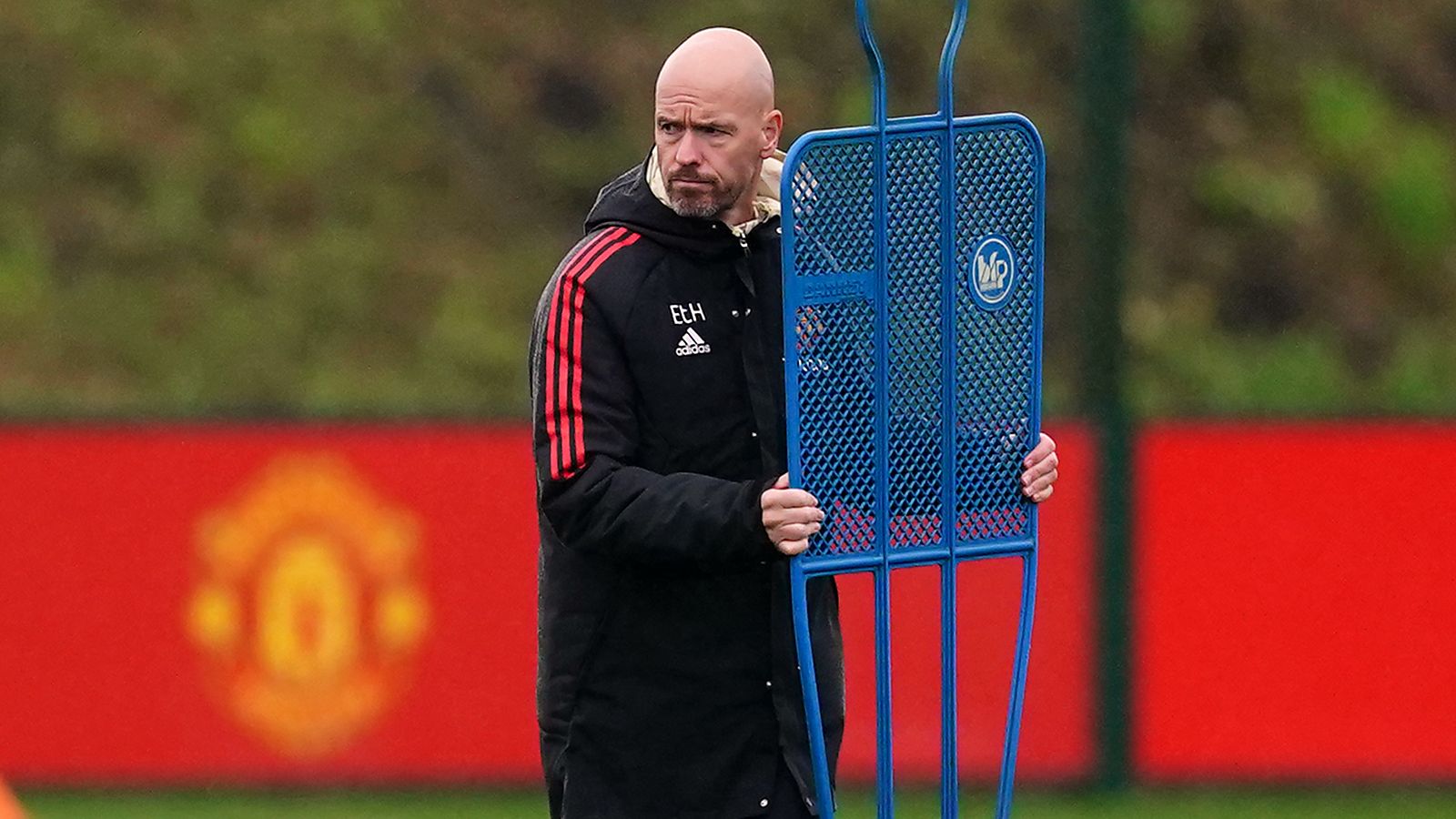 Erik ten Hag has been told the Manchester United fans are “tired” of talk of building at Old Trafford after five “unconvincing” Premier League wins.

After the 6-3 humbling by Manchester City, the Red Devils got back on track with a 2-1 win over Everton on Sunday evening.

Alex Iwobi opened the scoring for the Toffees early on but goals from Antony and Cristiano Ronaldo secured the three points for Ten Hag’s side, leaving them in fifth place in the Premier League.

And the Dutch boss said after the game that he was happy with the performance, and the way in which the team reacted to conceding so early.

He said: “We are quickly 1-0 down but the reaction of the team is good.

“One of our aims is to deal better with setbacks and stay composed. First half [we were] pressing well and it was hard for Everton to come to come into the game, we didn’t allow them, happy with that.

“It is difficult here, the crowd get behind them but they were six games unbeaten and it is difficult to score against them. Happy with the result and performance.”

But former Liverpool goalkeeper Sander Westerweld, working as a pundit for Viaplay, was perplexed by Ten Hag’s positivity, adding that the fans are “tired” of talk of “building”.

“Ten Hag always talks about building. They have been hearing that at United since the departure of Sir Alex Ferguson, almost 10 years ago. The fans are a bit tired of it, of a manager talking about that every time.”

Westerweld then picked apart each of United’s wins, insisting he didn’t understand how they beat Arsenal, claiming Liverpool “could have equalised” and that the results over Leicester, Southampton and Everton were “really not convincing”.