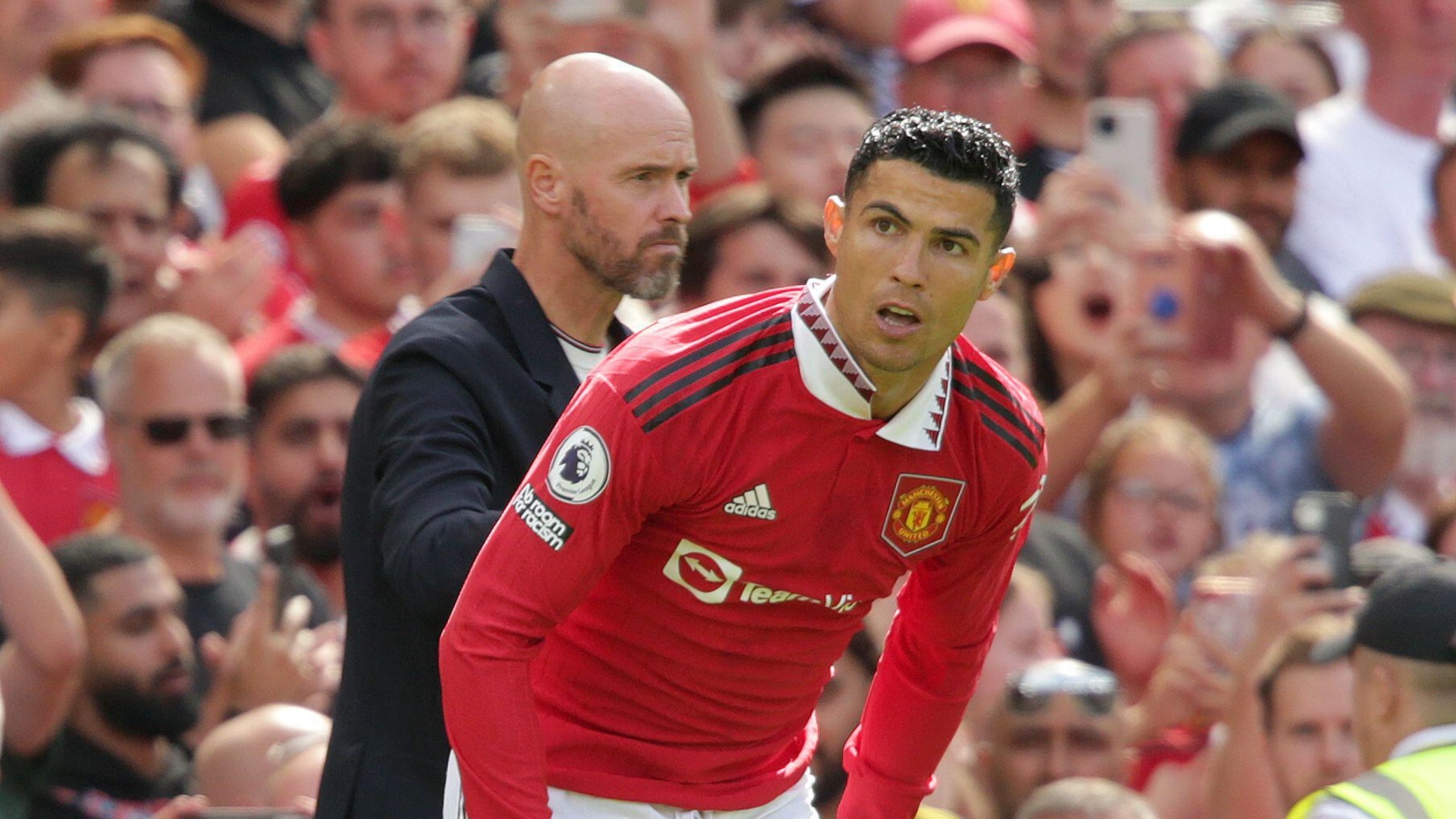 Patrice Evra predicts Manchester United will be wanting Cristiano Ronaldo to stay at the club by the time the January transfer window comes around.

Ronaldo was left on the bench as United lost the Manchester derby 6-3 to City on Sunday with manager Erik ten Hag insisting he snubbed the striker out of “respect for his big career”.

Reports since have suggested United are now willing to let CR7 leave in January but former full-back Evra believes Ronaldo will force his way back into the team and cause them to change their mind.

Evra said: “I’m sorry, when you have a player like Cristiano Ronaldo, no matter if he’s not pressing or whatever, focus on what he can do. He scores goals. I’m sure if he leaves and goes to another club he will score goals.

“He needs his chance in the Premier League again. Ten Hag can now justify playing him again after losing the last match.

“Football goes so fast, imagine Ronaldo starts in the Europa League, scores, then he starts in the Premier League and score. United win two games and everything changes. Then we’ll be saying Ronaldo is so important and we can’t let him go in January.”

Evra’s comments will come as no surprise to Jamie Carragher, who, in a Twitter spat with Rio Ferdinand, claimed the Frenchman was one of the striker’s “fanboys”.

Carragher tweeted: ‘Rio I know how it works, he’s your mate & you/Evra & the rest are on the group WhatsApp & he asks you to come out & defend him, don’t be his fan boy you’re Rio Ferdinand for FFS!!’

But it looks as though Ronaldo may end up getting even less game time in the coming weeks following Anthony Martial’s return to fitness.

Martial was in fine form for United in preseason and returned with a brace against Manchester City on Sunday.

Ahead of United’s Europa League clash against Omonia on Thursday, Ten Hag said: “After a good pre-season, he fell out and only played a half game against Liverpool and we are happy he’s back,” the Dutchman told United’s in-house media.

“But we will take it careful, step by step in a process to bring him back, but he played now almost a half, so 35 minutes, which is good and now we have to extend that. But from game to game, and we have a lot of games to cover.”