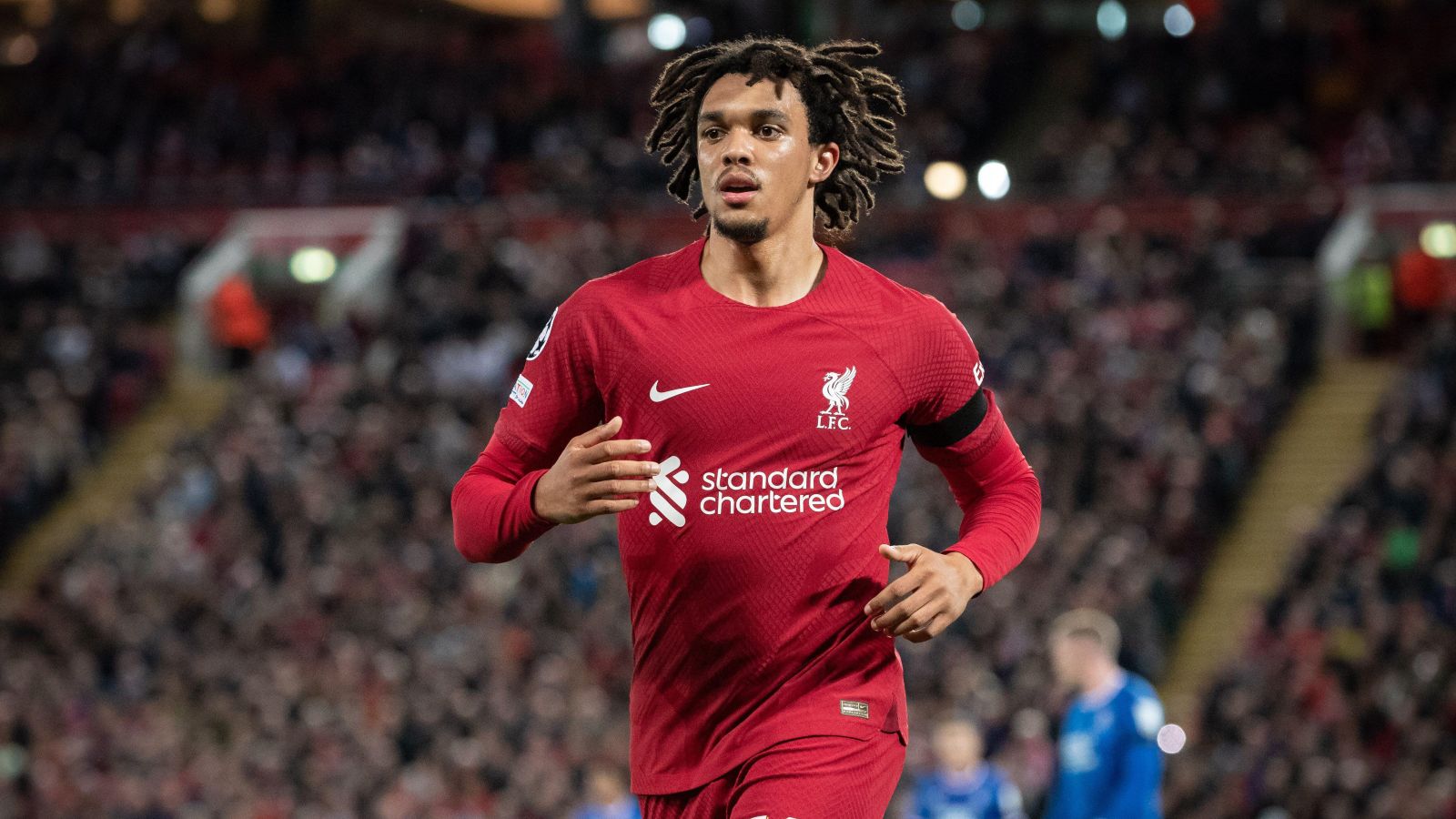 Rio Ferdinand thinks Liverpool defender Trent Alexander-Arnold will go down as one of England’s “best right-backs” and will “break all the records”.

The Reds bounced back from a 3-3 draw at home to Brighton in the Premier League on Saturday with a comfortable 2-0 victory over Rangers in the Champions League last night.

Alexander-Arnold opened the scoring by hitting a brilliant free-kick past Rangers goalkeeper Allan McGregor before Mo Salah converted a penalty after Luis Diaz was brought down in the box.

Liverpool defender Alexander-Arnold has come under intense scrutiny over his defending in recent months after making a number of mistakes.

His poor form was discussed further when England manager Gareth Southgate decided not to use him against Italy in a recent Nations League defeat before leaving him out of his 23-man squad altogether to face Germany.

Alexander-Arnold got 12 Premier League assists last term but he is yet to get off the mark this season in any competition.

But, after watching the Liverpool defender score a wonderful free-kick against Rangers, Ferdinand is convinced Alexander-Arnold will go down in history as “one of the best”.

Ferdinand told BT Sport: “Listen, he’s going to go down as one of the best right-backs we’ve ever seen in England. He’s going to break all the records in terms of assists and goals [from a right-back].

“Him and [Chelsea star] Reece James will go close together throughout their careers.

“I’ve had some time with Trent and one thing he doesn’t lack is character and personality. This kid wants to be the best, he asks all the right questions about winning and sustaining performances at the top.

“He’s got the taste of winning at Liverpool, he’s not going to let that slip.”

On Liverpool’s display against Rangers, Ferdinand added: “Back to what we know, what we normally see, from a Liverpool team.

‘The energy, the intensity, aggressive, on the front foot, trying to win the ball high and early. All of those things were in play today.

“You can see from the reaction of the manager, of the players, they wanted that, they needed that.

“The manager got everything that he would have wanted from this game: a clean sheet, a couple of goals, and a team that looked like they had confidence back.”