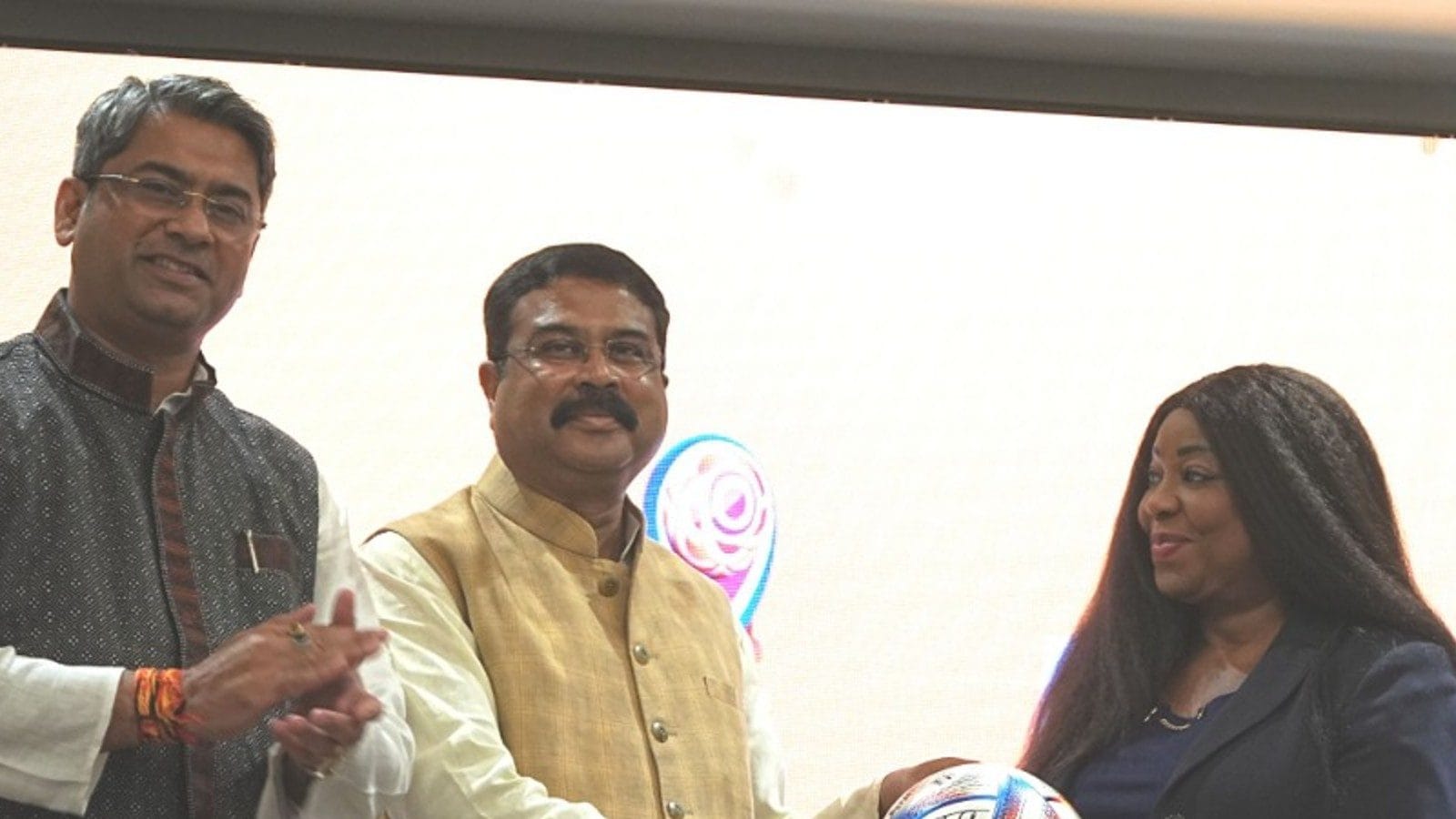 The FIFA, in partnership with the AIFF, and the support of the Government of India, launched the Football for Schools project in the country, which is aimed at broad-basing the beautiful game across the country.

The FIFA project also aims to reach out to over 700 million children worldwide; the programme would lay special emphasis on reaching out to all the tribal communities of the world.

Ms Samoura reached India on Monday, October 10, 2022, and after meeting with the Hon’ble Union Ministers Shri Dharmendra Pradhan, and Shri Nisith Pramanik, left for Bhubaneswar for the FIFA U-17 Women’s World Cup, which begins on Tuesday.

Ms Samoura highlighted the importance of reaching out to youngsters across the country and the world with the language of football, and teaching them life lessons to make them better citizens in the future.

“Football is the language that brings everybody together. Whether you are an Indian, Senegalese, or Italian, when you kick a ball to a child, he will kick it back.

One does not have to be in the same geographic zone or in the same community to be able to play together,” said Samoura. “With the help of the AIFF President Mr Chaubey, and with the two Ministers, we have also looked into the possibility of furthering the Football for Schools programme in India, a programme that is very dear to the FIFA President (Gianni Infantino) himself.

“The project was born four years ago, in discussion between FIFA and the UNESCO, and the idea was to have $ 100 mobilised by FIFA to reach out to over 700 million children across the world. Our aim is to educate children on various topics, not just about football, and to make them better citizens of their country. We also have a target of having 50 per cent girls,” she said.

Hon’ble Minister for Education and Skill Development and Entrepreneurship Shri Dharmendra Pradhan hailed the partnership between FIFA and the AIFF, stating, “This partnership of the FIFA and AIFF on the Football for Schools project is verymuch in line with our vision of including every child in an overall education of the country.

Not only will they be learning football, but also morals, and the inclusion of girls as well is very much inline with what we envision. I can assure that we will provide any kind of aid that the FIFA or AIFF may need in order to spread this project across the country.”

ALSO READ: ‘Hard to Score Against Us,’ Says FIFA U-17 Women’s Coach Thomas Dennerby Ahead of World Cup Opener

Hon’ble Minister for Youth Affairs and Sports Shri Nisith Pramanik felt that this would bring about a big change in the nation. “I am very happy that we are working with FIFA to bring such education to children across the country. With the guidance of Hon’ble Prime Minister Shri Narendra Modi, we expect football to further develop just like all the other sports as well. Everybody at the Ministry of Youth Affairs and Sports are thrilled to assist with any resources that might be required within their power.”

AIFF President Mr Kalyan Chaubey thanked the rest on their presence for the meet and said, “The amount of work done after the pandemic to get the venues for the FIFA U-17 Women’s World Cup ready is nothing short of incredible. With the pandemic also happening in the country the previous years, things were difficult, but I and very thankful that we have all overcome these challenges, and are now ready to go for the World Cup.“

I would also like to thank the Education Ministry and the MYAS for their continued support. They have been actively pushing for a Fit India, and that is something that we had discussed with the FIFA President as well, when we had met with him,” said Mr Chaubey.