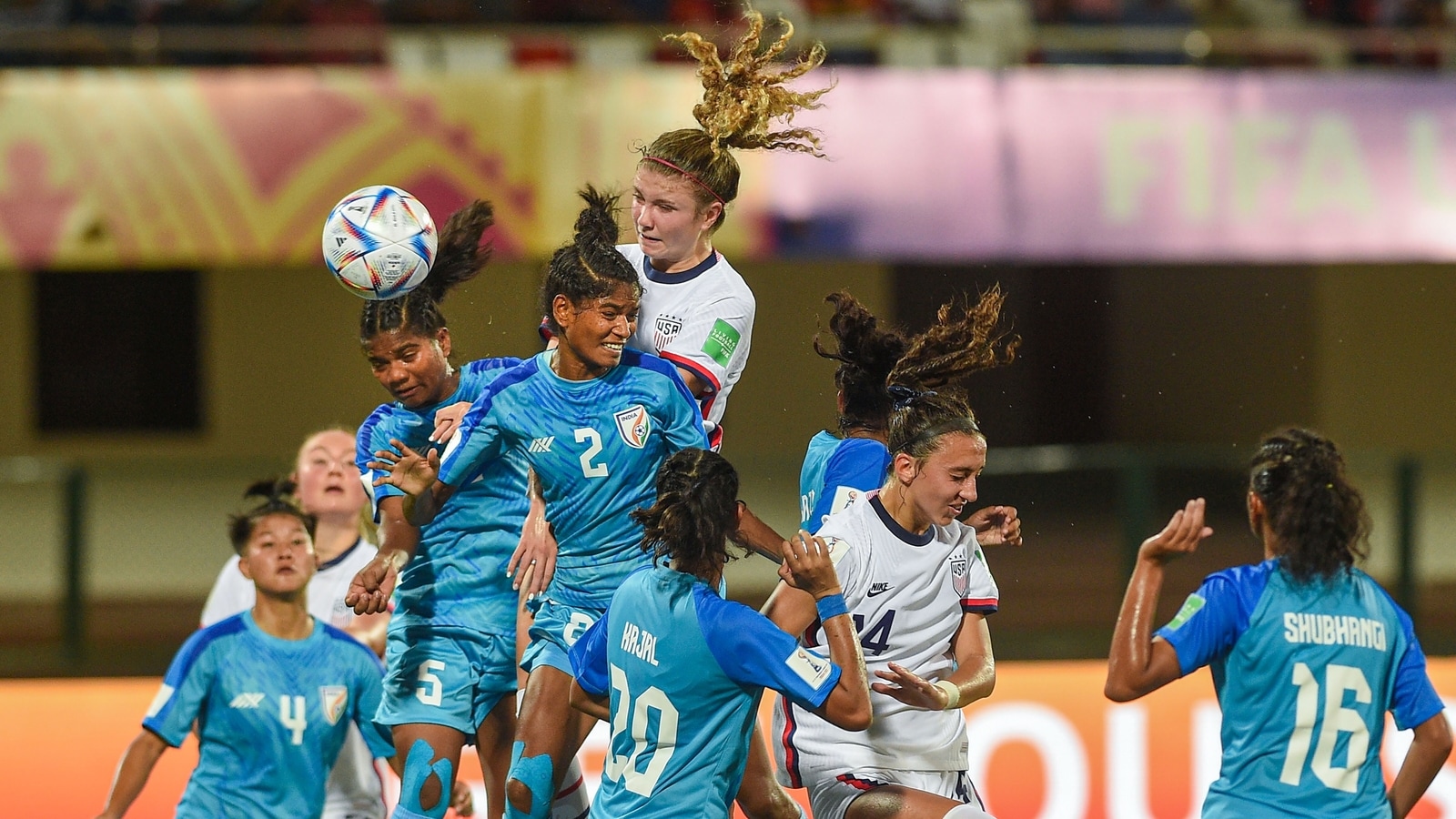 The full consignment arriving after their final training session, at least some India footballers played on Tuesday against USA in the U-17 Women’s World Cup in boots they hadn’t broken into. Shaji Prabhakaran, the secretary-general of the All India Football Federation (AIFF), has apologised to the girls for this, a federation official told HT on Wednesday. The official requested anonymity given the sensitive nature of the issue.

“Prabhakaran had asked the girls if there were any issues regarding preparations. On hearing some of them had not received boots, he apologised to the team,” said the official. Boots that were size 5 and below were given on match day, the official said. HT could not confirm how many in the squad were affected.

The official said the delay happened because the consignment was sent by road. “On hearing this, Prabhakaran was visibly upset and asked for a report,” said the official. Prabhakaran was at the game at Kalinga Stadium with a set of dignitaries that included FIFA secretary-general Fatma Samoura.

The team had asked for new boots when AIFF representatives met them in the last week of September, said the official. “Immediately, president Kalyan Chaubey and Prabhakaran okayed the request with around 20 days to go for the World Cup. Prabhakaran used his contacts at the international sportswear giants and asked for the boots to be delivered,” said the official who was present during the discussions.

Breaking into a boot by using it at least once in training before taking them to a match is essential for a player’s comfort. Like with regular shoes, football boots too need time before they feel like a part of one’s feet.

“The person responsible would be held accountable for this serious lapse,” Prabhakaran said when asked for a reaction.

India lost 0-8 in their first-ever match of the women’s under-17 World Cup.