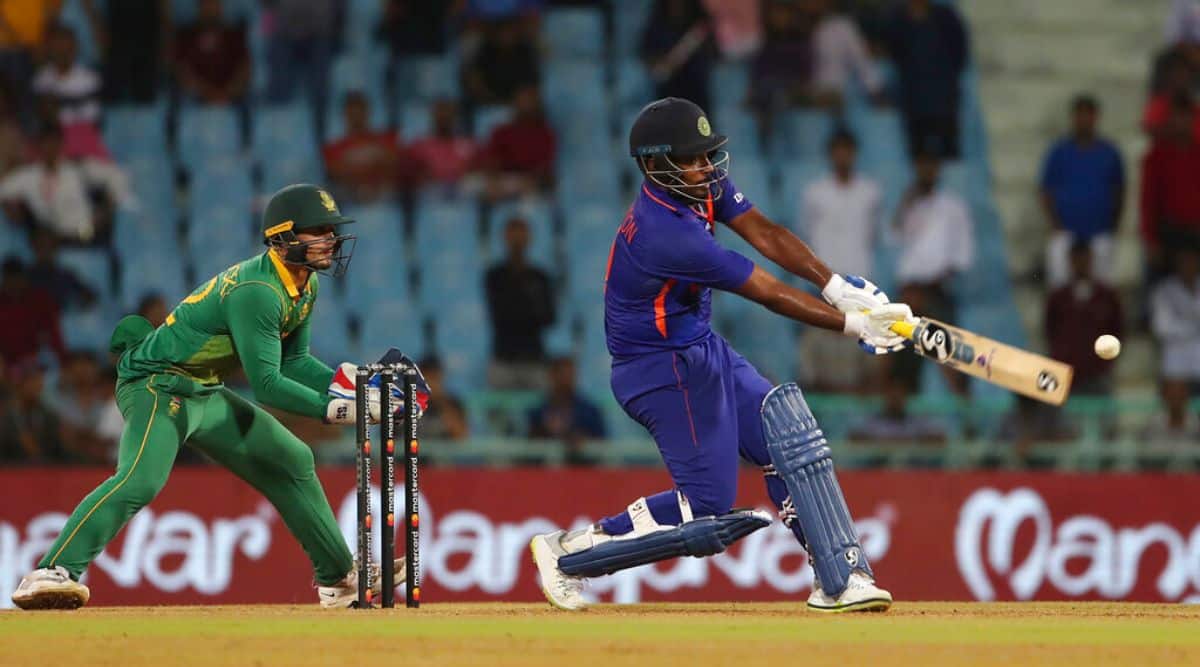 From the clutches of defeat, Sanju Samson almost scripted a famous heist over South Africa. His 63-ball-86 not out, one of crisp shot-making, dragged India from a crevasse and filled them with hopes of a victory that had seemed beyond them for most part of their chase. But just when it was his hour to seize the night, destiny turned cruel on him and he slipped into the night as a tragic hero, in a bizarrely thrilling match that South Africa bagged by nine runs.

As gorgeous as his knock was — the unfussy beauty of his strokes, the unreal calm that dwells on his face, the calculation skills, and the pacing of his game — Sanju would reflect on this night with a tinge of regret.

He did most things right in the innings. In the early passage of his innings, he farmed the strike to the more assertive Shreyas Iyer. After the latter’s exit, he took control of the wheels, seamlessly shifting gears. After strumming the chords on a low pitch, he suddenly raised his tone in the 33rd over striking Wayne Parnell for two distinct boundaries, showing two different layers of his game.

Things went right down to the wire but it’s South Africa who win the first #INDvSA ODI.#TeamIndia will look to bounce back in the second ODI. 👍

A dismissive pull followed by a dab to the third man, one stroke of pure power and the other of ridiculous placement. But the required rate was still too steep — a further 86 runs were required off 42, more than two runs a ball. But Samson and Shardul Thakur seemed assured, and not frazzled, as they whittled down the target to 39 runs off 16 balls, a difficult but realistic equation in this day and age.

But then Lungi Ngidi took out Thakur and Kuldeep Yadav off successive balls and reversed the game’s tide. It’s a pity that Sanju could face just eight of the next 15 balls. He failed to take a single off Ngidi’s last two balls of the 38th over; could not gather strike for a single ball in the 39th over, and was then tasked with the near-impossible task of belting 31 runs off 6 balls. He managed 21, but that proved inadequate.

The right-handed batter has kept the run chase alive with his clean striking! #TeamIndia need 59 off the final four overs.

Don’t miss the LIVE coverage of the #INDvSA match on @starsportsindia pic.twitter.com/298jDemOit

The seeds of the defeat, though, were sown in the first 10 overs. The top-order wilted as Kagiso Rabada and Wayne Parnell hit high notes, extracting both swing and lift. Rabada was as sharp and mean as a butcher’s knife. A ripping in-swinger nipped out Shubman Gill.The late, inward movement defeating Gill’s purpose of driving him through cover, but with leaden feet. All he managed was a feathery inside edge. But it was Ruturaj Gaikwad that Rabada handed out a brutal reality check. In an over-and-a-half of relentless hostility, he beat both edges of his bat, made him inside-edge a couple of times and had him flapping the thin air of a bouncer. Eventually Tabraiz Shamsi consumed him — a neat stumping by Quinton de Kock — as India plunged to 48 for three. Soon, it was to be 51 for four as the crafty Keshav Maharaj had Ishan Kishan caught at leg-slip. It was then that Samson united with Shreyas Iyer and began the resuscitation with a 67-run stand, kindling hopes of a victory. Samson, who was playing the sidekick’s role had to step into the hero’s shoes when Iyer departed, undone yet again by the short ball, his kryptonite.

SIX! 💪 💪@IamSanjuSamson dances down the ground & tonks a MAXIMUM! 👌 👌 #TeamIndia

Don’t miss the LIVE coverage of the #INDvSA match on @StarSportsIndia. pic.twitter.com/ijqKGXRVFk

However, India would not have ended up chasing such a steep total but for the death-over dazzle of familiar nemesis David Miller and Heinrich Klassen, who reeled out 74 and and 75, sewing up 139 runs for the undefeated fifth-wicket association, in which 54 runs were bargained off the last five overs. Both were offered respites soon after they had completed their fifties—Ruturaj Gaikwad dropped Miller off Siraj before Siraj spilled Klaasen off Avesh, both fairly straightforward catches.

Absolute Beaut! 🙌 🙌@imkuldeep18 gets Aiden Markram out with a ripper! 👍 👍 #TeamIndia

Don’t miss the LIVE coverage of the #INDvSA match on @StarSportsIndia. pic.twitter.com/KMajjtsA67

But the match, for all its late thrills and twists, was inconsequential in the broader context. South Africa, at least, had the motivation of sealing an automatic berth for next year’s 50-over World Cup, for which they will have to win this series. But less for India and their supporters. The half-filled, or rather half empty stands, captured the story. The encounter, with three-fourth of the regulars abstaining, some had boarded their flight to Australia, did not raise the roof or the decibels. Matches wink on a premium at the venue, but most city residents did not take the trek to Ekana Sportz City on the outskirts of Lucknow, rendering the empty stands emptier. There was no mood for a 50-over game in the shadow of the T20 World Cup in Australia. Besides there was rain, which eventually reduced the game to 40-overs a side. But a bizarre thriller it turned out to be.