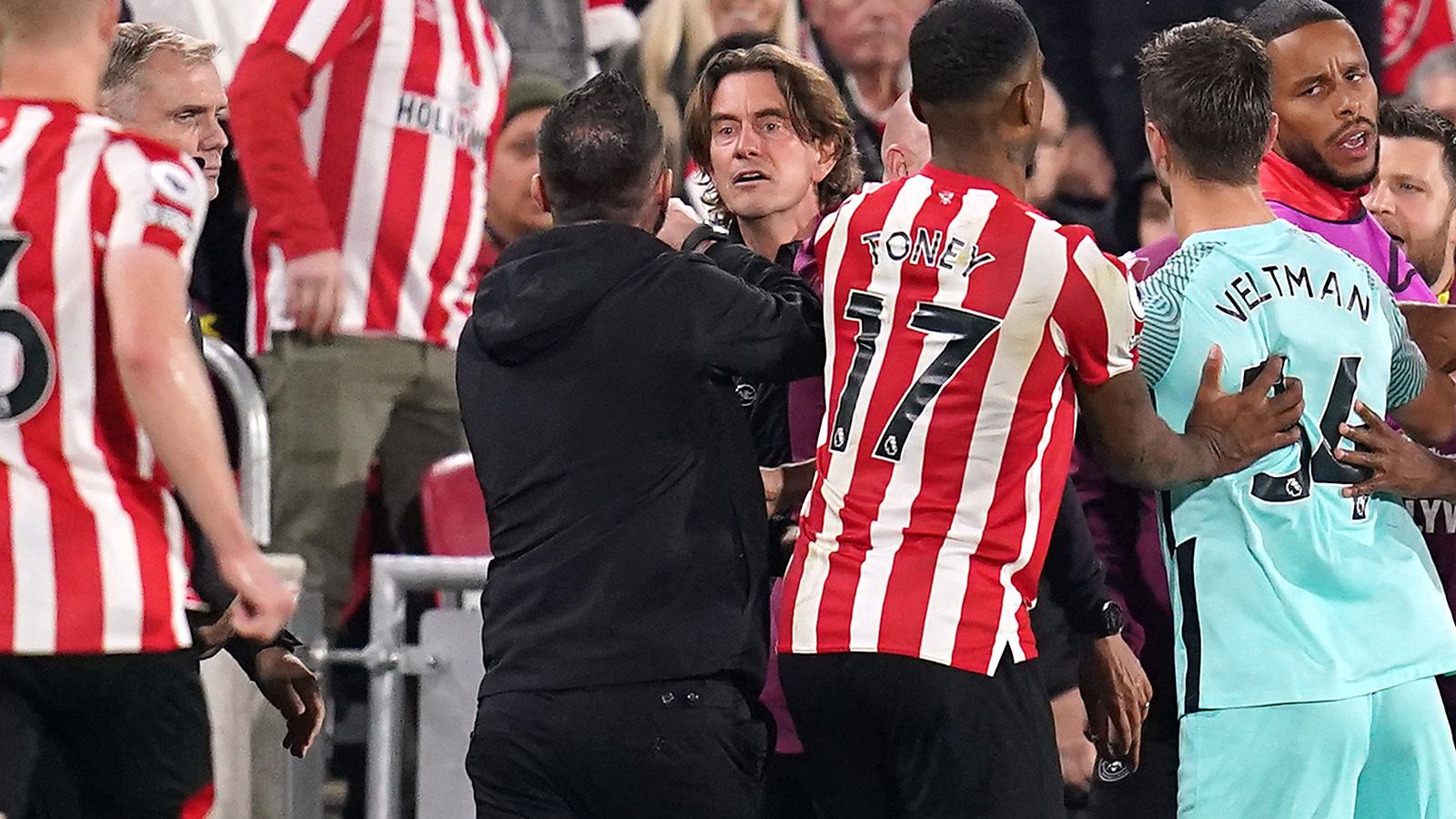 Thomas Frank has been full of praise for Ivan Toney after the striker netted a brace in Brentford’s 2-0 win over Brighton & Hove Albion.

Brentford’s form had dipped somewhat in recent weeks. They were without a win in three ahead of their game against Brighton on Friday night.

But they put that right at the Gtech Community Stadium and that was thanks largely to Ivan Toney.

The in-form forward found the net before the interval via a cheeky backheel.

There was also a flashpoint during the opening half as Frank and Roberto De Zerbi clashed on the touchline but they later shook hands.

Toney took the game beyond Brighton as he doubled Brentford’s advantage from the penalty spot. He is yet to miss a spot-kick for the Bees in 20 attempts.

David Raya was questioned last week after he was at fault for two goals in the 5-1 loss to Newcastle. He was back to his best in the win over Brighton though as he deservedly kept a clean sheet.

This win lifts Brentford up to 8th in the Premier League. Frank lavished praise on Toney after his side’s win:

“I think he’s getting closer and closer [to being alongside world-class strikers], that’s for sure. I think you can see that his link-up play is so good, he can read the game very well. His technical ability to either flick or hold or set the ball is very good,” Frank told Sky Sports.

“I always say that if you want to create a top scorer then they need to be technically very good so the way he can connect with the ball, left-foot, right-foot, the free-kick against Leeds, the chip, he’s so good technically. He’s just got that character about him as well.

“He’s one of the big leaders without a doubt. I have four captains and Ivan is a big driver also on the pitch, big demands to himself and his teammates but in that perfect balance where he’s very competitive but with a big smile. Of course a lot of banter and joking but caring about his teammates.”

Brighton meanwhile are now winless in De Zerbi’s three games in charge. He thinks his side had the chances to win but “you have to score”:

“I think to win the game you have to score. We had 21 shots at the goal but we have not found the goals. We lost the second ball too many times,” De Zerbi stated post-match.

“About the game, I think we played a good game but if you want to win you have to score. I can’t say anything more.

“We have had a lot of potential chances but many shots on the goal and we didn’t find the goal. The time, the last pass, the crosses, we made mistakes.”

On Brentford’s penalty: “It was a crucial moment but I had belief until the end of the game because one goal could have opened the game again.”

On his clash with Frank: “No problem [between us]. I don’t like when other coach touch my player and when another coach speaks with my player because I never spoke with the other player from the other team.”