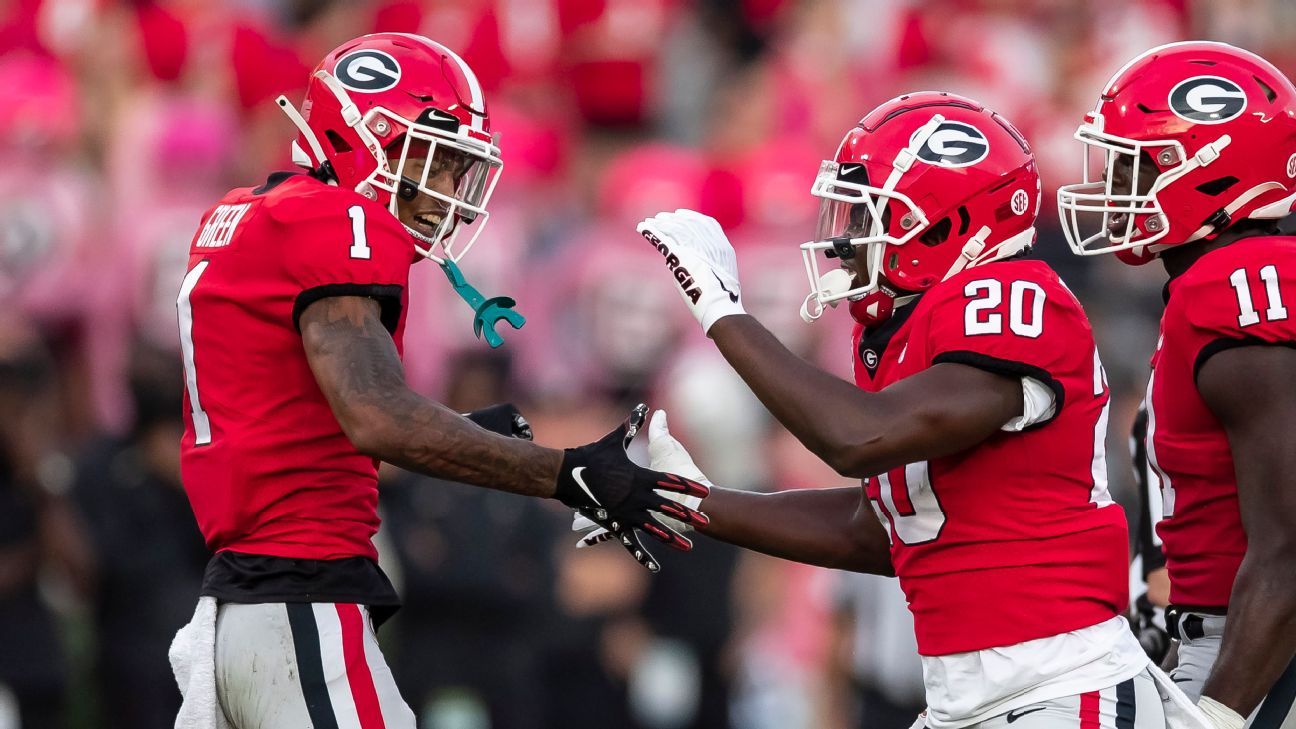 As we near the midseason mark of the college football season, the difference between the contenders and pretenders is making itself known.

Week 7’s action saw some teams make strides in the right direction — and a handful of timely jokes.

Here are some of the best troll jobs across the college gridiron:

Georgia also shut out Vanderbilt in last year’s meeting, meaning the team has won by 117 points in its last two games against the Commodores. That is the second-best points differential over a two-game span versus a conference opponent in SEC history.

Jalin Hyatt and Hendon Hooker connected for five touchdowns for Tennessee’s big win over Alabama. It snapped the Vols’ 15-game losing streak against Nick Saban’s squad and handed the Crimson Tide their first loss of the season.

Nothing summarizes this rivalry quite like victory cigars and missing goal posts.

Smoke em if you got em! pic.twitter.com/DabJ44QDNA

The Rebels ran all over the Tigers en route to securing a 7-0 record for the first time since 2014.

Quinshon Judkins, Zach Evans and Jaxson Dart rushed for over 100 yards each as Ole Miss had three 100-yard rushers in a single game for the first time since 1976

Ole Miss ended the game with 448 rushing yards and joked about its dynamic duo in the backfield during a weather delay.

There is thunder and lightning in the area.

Unfortunately we aren’t talking about Zach and Quinshon.

Knights quarterback John Rhys Plumlee torched the Owls’ defense, accounting for seven touchdowns Thursday night (four passing, three rushing). It ties Darin Slack (1987) and Daunte Culpepper (1998) for the most in school history. It was also the third time UCF scored 70 points or more in a game (71 in 1992 vs Gardner-Webb and 73 points vs Austin Peay in 2017).

The Knights saw the Owls’ pregame poster and had a fitting rebuttal after the contest.

After trailing by seven at halftime, the Mountaineers outscored the Bears 26-16 in the second half to secure a comeback victory on Thursday. Tony Mathis Jr. carried WVU on the ground, rushing for 163 yards and two touchdowns. Quarterback JT Daniels finished with 283 yards passing and a touchdown.

Entering Thursday’s matchup, Baylor was 0-5 when playing at Morgantown. The Mountaineers’ social media team requested an update to that statistic after the victory.

The Ragin’ Cajuns spoiled the Thundering Herd’s inaugural Sun Belt game thanks to quarterback Ben Wooldridge. He finished with 230 yards passing and two touchdowns in his first start to help his team score 20 unanswered points in the second half. The victory helps Louisiana get back to .500.

Gumbo is a popular Creole dish in Louisiana. Wednesday was National Gumbo Day, and the Ragin’ Cajuns had a specific kind in mind after a hard-fought victory.