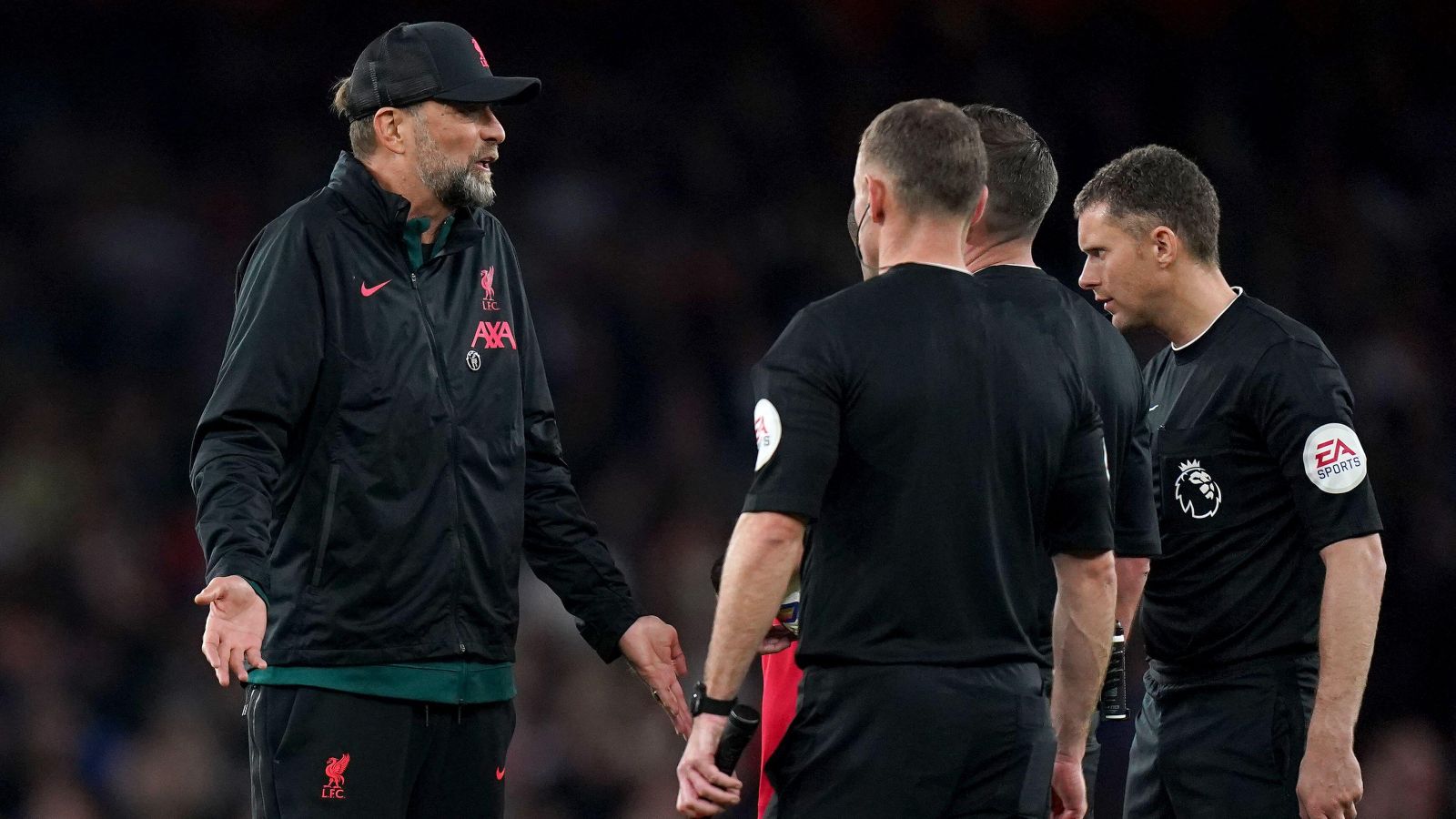 Didi Hamann reckons the Liverpool hierarchy will have a “discussion” about Jurgen Klopp’s future if results carry on going against his team.

The German has lots of credit in the bank at Anfield after winning the Champions League in 2019 before becoming the first manager to guide them to a league title in 30 years in 2020.

Klopp guided his side to the brink of an unprecedented Quadruple last season before narrowly missing out on the Premier League and Champions League titles.

But this season has started badly with Liverpool currently sitting tenth in the Premier League table after losing to Arsenal 3-2 on Sunday.

Liverpool, who have a game in hand, are now 14 points off the league leaders with Klopp conceding that they won’t win the title this season.

And former Liverpool midfielder Hamann “wouldn’t write them off” yet but thinks the Reds hierarchy could start asking questions of Klopp soon enough.

Hamann told talkSPORT: “I think that as a big team you’re always in transition but they’ve been at the top of their capacities for the last three or four years.

“What they achieved and what they did last year was second to none. I don’t think that will be achieved again, to be within seven days of winning all four trophies and I think that psychologically it was always going to be tough this season.

“If you look yesterday, Arsenal, in the second half, were everything that Liverpool were four or five years ago. They were breath-taking going forward. Every time that they did go forward you felt that something was going to happen.

“This Liverpool team looks tired, they look pedestrian and they just look flat. I’m not sure where the spark is going to come from because they’ve won games in the past, obviously they beat Rangers a couple of days ago but they’re obviously far superior to Rangers.

Hamann added: “The dynamics at Liverpool are no different to anywhere else and if the results aren’t there then the manager will come under pressure.

“If they were to get beat next week or not win against Manchester City, which at the moment seems very likely, you could be eight or nine points off fourth place.

“We know that the owners are not the biggest spenders and so we know how vitally important it is for the team to be in the Champions League because of the revenue that you get.

“At some stage I think we will have that discussion about the manager and I’m not sure how far we are off [from that].

“He said that he still feels that he’s the right man to do it, but I see little things like Jordan Henderson midweek seeing his number going up and reluctantly taking his armband off and coming off shaking his head.

“This is something that we haven’t seen at Liverpool for five years. Maybe these are little signs that people have little problems with the team or even the manager.”