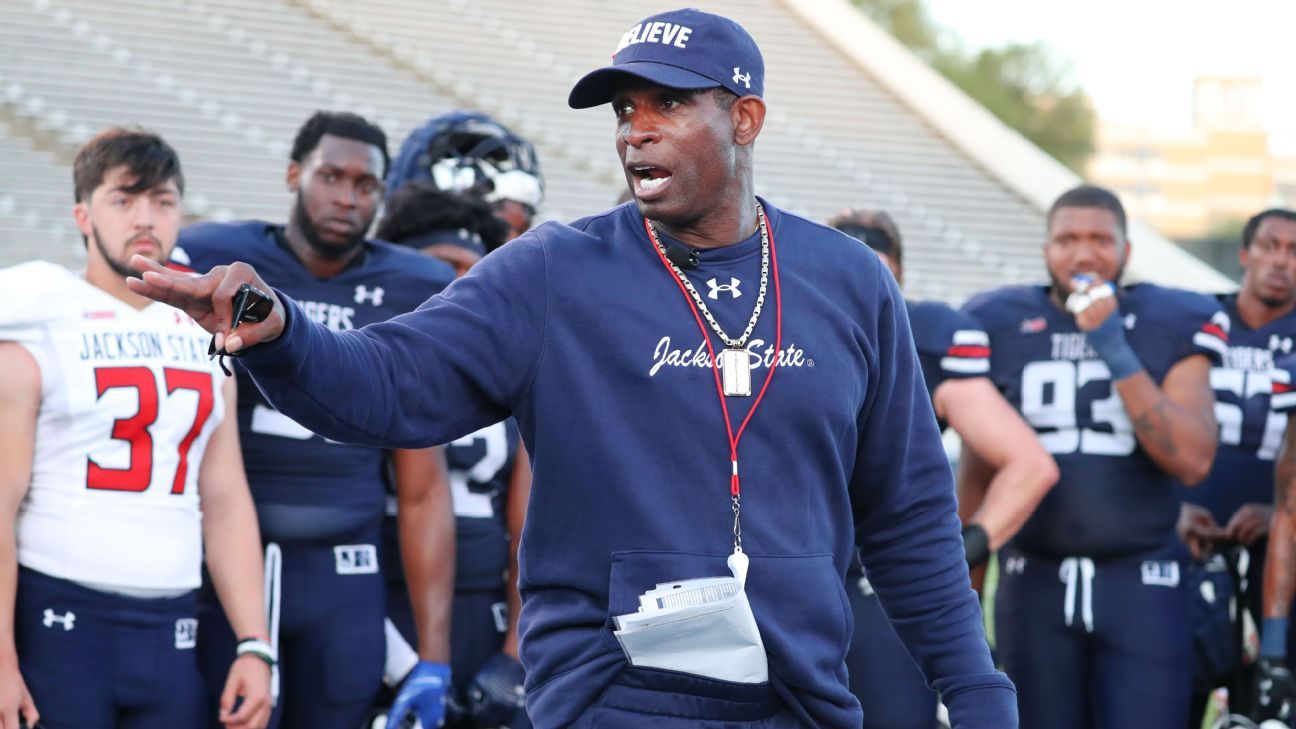 Turns out, they were just getting started.

Robinson took Sanders’ hand following Alabama State’s 26-12 homecoming loss to Jackson State, but wanted no part of an embrace with Sanders, instead shoving him with his left hand as he walked away. A surprised Sanders raised his hands in disbelief before walking away alongside his security detail.

Robinson later explained that Sanders had made disrespectful comments in the week leading up to the game. Robinson also alleged that Sanders walked through Alabama State’s offensive warmups in one of the end zones, rather than taking a more direct route to Jackson State’s sideline. He added that Jackson State should have taken a knee in the final minute of the game rather than trying to score more points with its backup quarterback.

Robinson said he would always shake an opposing coach’s hand, but saw “no need for an embrace” with Sanders.

“I’m going to always be respectful and respect the game,” Robinson said. “You’ve got the great [coaches], W.C. Gorden, Eddie Robinson, those guys, Marino Casem, I’m living on the shoulders of the SWAC.”

Robinson, who isn’t related to Grambling coach and Hall of Famer Eddie Robinson, then added of Sanders: “He ain’t SWAC. I’m SWAC, he ain’t SWAC. He’s in the conference, doing a great job, can’t knock that, got a great team, his son should be up for the Heisman Trophy, I love Shedeur, great player, I love what he’s doing for the conference. … But you’re not going to come here and disrespect me and my team and my school and then want a bro hug. Shake my hand and get the hell off.”

Sanders has led Jackson State to 12 consecutive SWAC wins and a league title in 2021, while bringing increased attention to the league and HBCU football. He defended his pregame routine, saying he always ran around the field before NFL games and arrived too late to greet Robinson at midfield before kickoff.

Last week, Sanders said Alabama State inviting Jackson State as its homecoming opponent was a “money game,” because of the large crowds and attention that follow him and his program.

Sanders took issue with Robinson’s comment that he didn’t reflect the SWAC.

Sanders added that he doesn’t need extra motivation but noted the “audacity” of Robinson to question his intentions as a coach.

Robinson isn’t likely to back down. He said he respects Sanders, noting that “Everybody wanted to be ‘Prime Time’ when they were a little kid.” Robinson also praised Sanders’ coaching ability, just not his actions.

“I hope he comes back next year, I pray he don’t get a Power Five job, so we can play them next year in Jackson,” Robinson said. “And I pray they put us for their damn homecoming.”