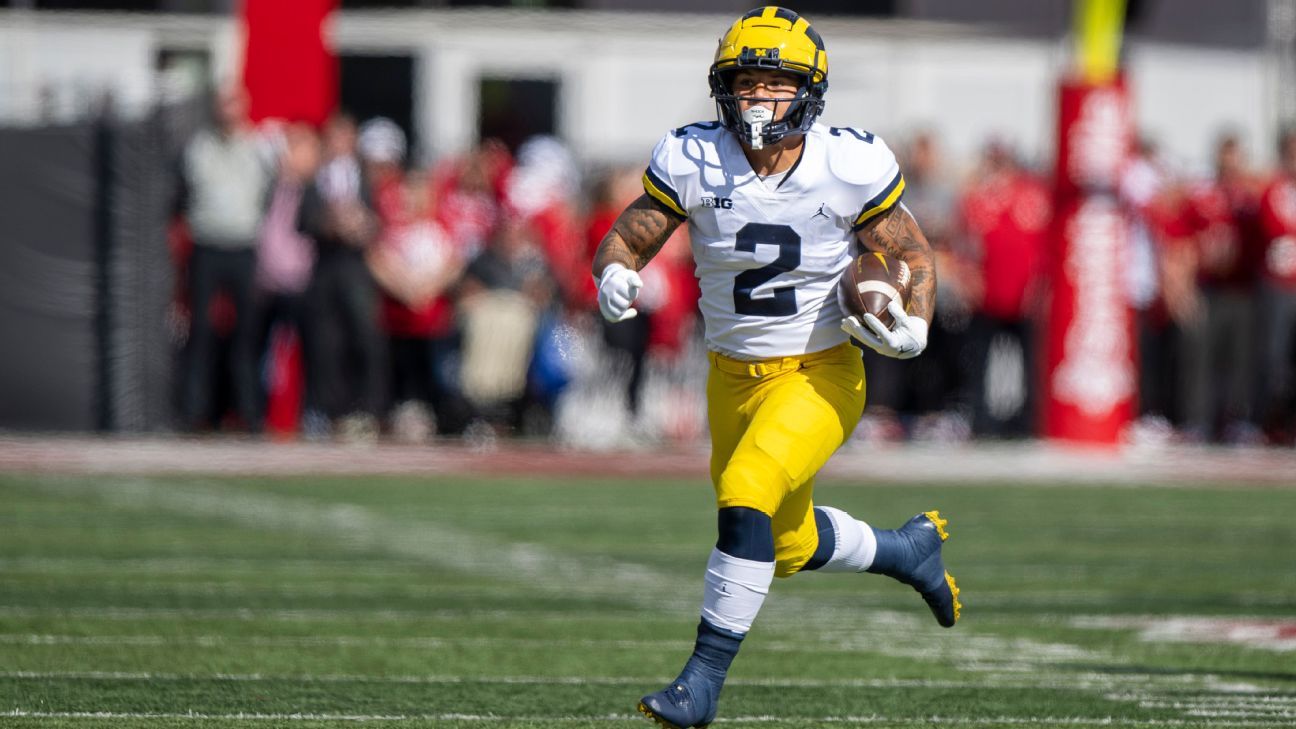 Week 7 will set the course for the rest of this year’s College Football Playoff race.

Several times in this space this year, I’ve lamented a particular week’s slate barely mattering to the CFP race, barring an implosion by a contender against a much weaker opponent. No one would make any such assertions about this week, where we have several games with two teams who could at least conceivably make a playoff run facing each other.

In fact, four of the 10 scheduled games with the highest impact on the CFP race this season are in Week 7, according to the Allstate Playoff Predictor.

How do we measure impact? It’s based on a combination of both team’s playoff leverage and the likelihood of each side winning. This is important because if Alabama plays Rice in a given week, the Crimson Tide would have a huge amount of playoff leverage since the downside of a loss is so great. But the loss would also be extremely unlikely. Thus, the need for Playoff Impact, which takes that into account.

So let’s break down those four games and how their outcomes could shift the playoff race, per the Allstate Playoff Predictor.

FPI and the Allstate Playoff Predictor have been on Tennessee for some time now, giving the Volunteers an 11% shot to reach the CFP all the way back in Week 3. Two wins over ranked SEC opponents later, and the Volunteers are real playoff contenders as they head into a critical matchup against the Crimson Tide.

Alabama can afford to lose Saturday — should the Crimson Tide win out the rest of the way they would be a playoff lock — it just would take away a bunch of the breathing room the Tide are afforded by being FPI’s No. 1-ranked team and having the third-most difficult schedule in college football.

A second loss to, say Ole Miss, would drop Alabama’s playoff chances to 28%. Still a chance because of the aforementioned factors working in its favor — but a longer shot.

Michigan’s biggest test will come on Nov. 26 in Columbus. Do the Wolverines need to win against Ohio State to reach the CFP? The answer to that question is definitely yes if they lose to Penn State on Saturday, but only maybe if Michigan beats the Nittany Lions. A scenario where Michigan wins against Penn State, then wins out until a loss at Ohio State and misses the Big Ten championship game still yields a 48% shot at a berth. Not bad! Additionally, if Michigan wins out until the Big Ten championship game but then loses there, it has a 70% shot at the CFP.

All of those options are wiped away with a loss to Penn State: Michigan would have to win out after that. Losing to Penn State also opens the door to a world where Michigan beats Ohio State but does not win the Big Ten East.

Penn State is in a somewhat similar — but worse — boat. It can beat Michigan, lose to Ohio State and then not reach the Big Ten championship game and still reach the CFP — but it would only have a 31% chance to do so in that scenario. The difference? FPI believes Michigan is roughly a touchdown better than Penn State in terms of team quality, though this is somewhat mitigated by Penn State’s more difficult schedule (23rd most difficult in FBS to Michigan’s 39th).

How will Saturday’s top games affect the College Football Playoff chase? What are the current odds for the top four? The Allstate Playoff Predictor has the answers. Check back every week as the odds are updated following that week’s games.

There’s only one playoff contender in this game but it still ranks highly in terms of impact because it has so much leverage for Clemson in a contest the Tigers absolutely could lose. FPI gives Florida State a 27% chance to win Saturday.

The reason this matters so much is two-fold:

1. Clemson is not certain to earn a berth as a one-loss ACC champion. Should Clemson lose to Florida State and then win out, it would have a 67% chance at the playoff. That’s a product of having just the 54th most difficult schedule in the FBS and being only the sixth best team, according to FPI.

2. Clemson has another tricky matchup ahead: at Notre Dame. The Tigers will be favored but FPI only gives them a 65% chance to win that game.

Like Clemson, USC is somewhat hampered by its strength of schedule (55th most difficult in FBS) and the fact that FPI doesn’t view the Trojans as one of the four best teams (FPI rank: 10th). So if the Trojans were to lose at Utah and go on to win out, they would only be a coin flip to get into the CFP as a one-loss Pac-12 champion at that point.

And USC, too, has some other non-gimmes left: at UCLA (USC has a 62% chance to win) and vs. Notre Dame (69%). But neither are as difficult as this road contest at Utah, which FPI respects quite a bit (the Utes rank ninth, one spot ahead of USC).

Utah itself is not totally out of the running here, despite two losses on its résumé already. If the Utes win out, they would have a 10% shot at the playoff as a two-loss champ.