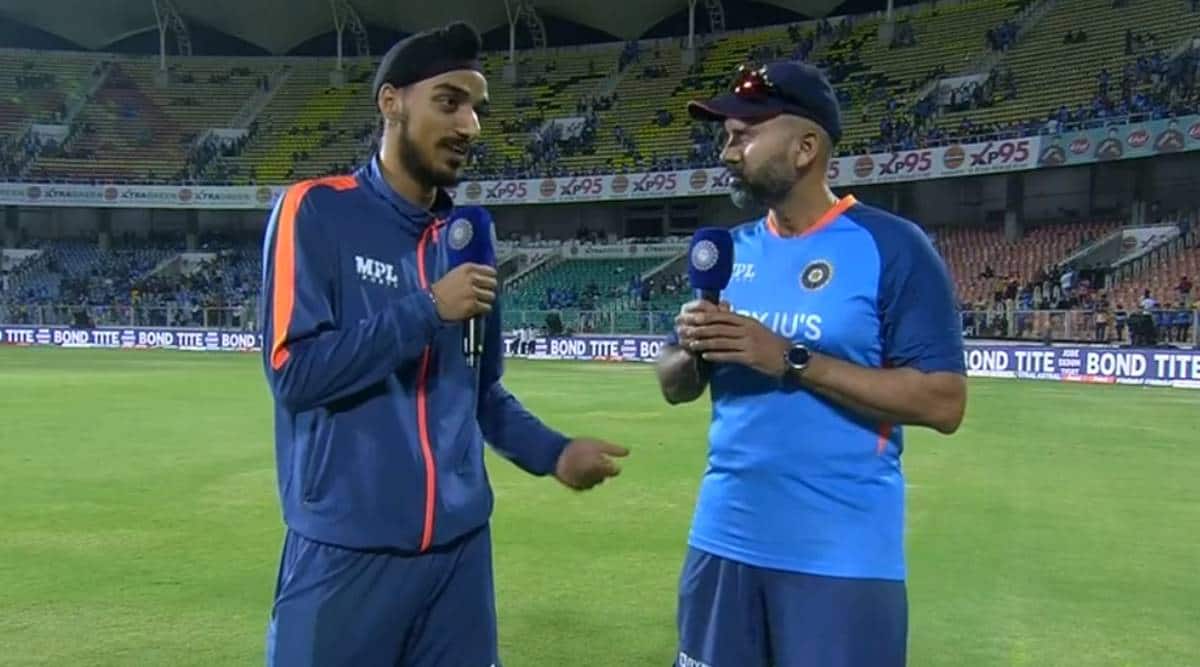 The left-arm pacer snared 3/32 in his four-over spell as India restricted South Africa to 106/8.

Put in to bat, South Africa was reduced to 9/5 in 2.3 overs as Singh did the most damage, picking up three wickets in four balls in the second over of the innings.

After the game, in an interview with bowling coach Paras Mahambrey on bcci tv, the 23-year-old said that he didn’t expect conditions to be bowling-friendly and also discussed his preparations.

“I didn’t expect the ball to swing that much but it’s important to adapt to situations,” said Arshdeep.

“Now my goal in the next two matches is to pick wickets with the new ball and help the team in every way possible,” he added.

The seamer also spoke about his preparation before the beginning of the series and said, “Taking a break helped me to work on fitness and strength and I feel quite refreshed.”

When asked if he had studied pitch before the game, Arshdeep said, “I don’t have the habit of studying the wicket and asked bowling coach and pitched the ball in the correct areas.”

The second T20 will be played in Guwahati on Sunday.