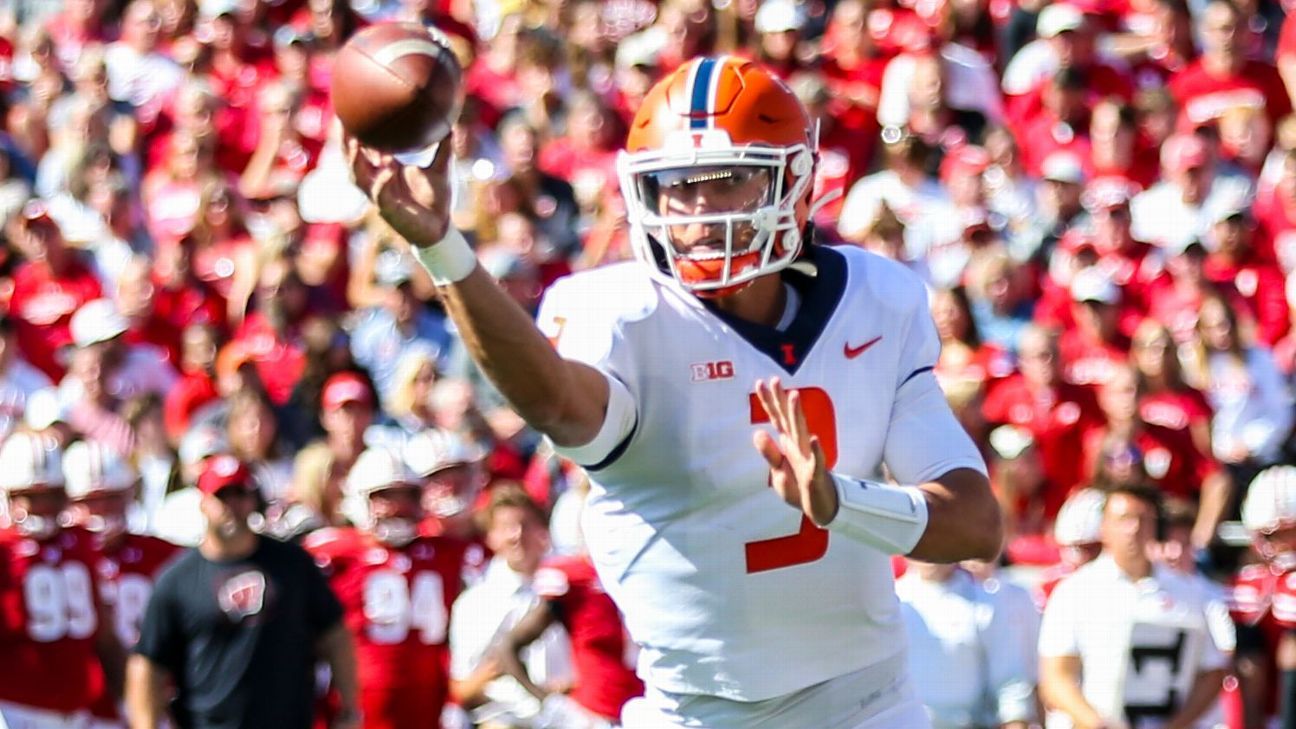 Illinois quarterback Tommy DeVito will start against Minnesota on Saturday.

DeVito practiced all week, but his status had been in flux after he injured his ankle in the first quarter of Illinois’ 9-6 win against Iowa last week.

DeVito has been a steady force for the Illini this year after transferring from Syracuse following the 2021 season. He’s tossed nine touchdowns and two interceptions while throwing for 1,163 yards this year.