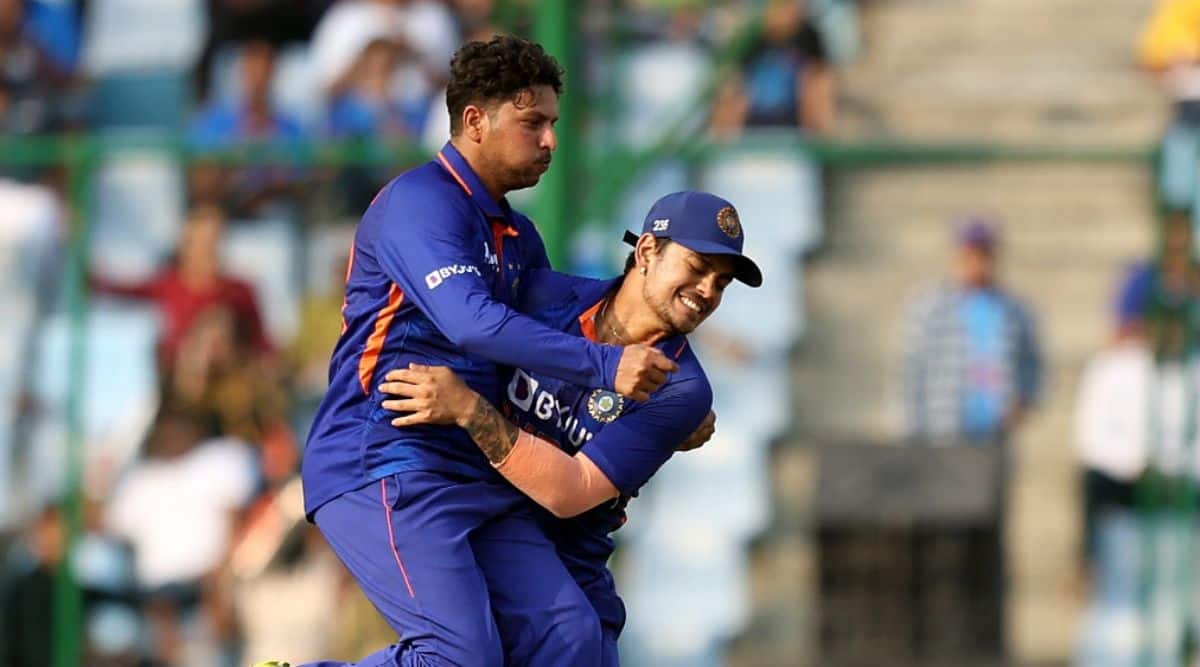 India left-arm wrist spinner Kuldeep Yadav would like to focus on his upcoming assignments rather than think about the ODI World Cup which is still a year away.

Kuldeep (4/18) ran through the South African middle-order in the third ODI as India cantered home by seven wickets.

“The World Cup is far away. I am not thinking about it. I have become very practical now with things. I focus on the series I play. I have become experienced now, so I have an idea how to bowl. My aim is to perform well in every series,” Kuldeep said at the post-match press conference after India’s seven-wicket win.

Kuldeep, who had sustained a knee injury followed by a hand injury, said he has worked on her rhythm which has helped him.

“I have worked on my rhythm after coming from my injury. That is why I could get the pace which I was earlier generating from my hand. So right now, I am not compromising on spin. I am getting good turn.”

After warming the bench for Kolkata Knight Riders, Kuldeep turning out for the Delhi Capitals in the IPL 2022 and the wrist spinner became the fifth-highest wicket- taker with 21 scalps. The campaign in the cash-rich league boosted his confidence.

Kuldeep has been overlooked for the ICC T20 World Cup but is not at all dejected.

“I am not disappointed (on not getting selected) in the T20 World Cup as I am working on my process match by match. I am assessing how I can improve.”

“My confidence has gone up because of the (last edition) IPL. I got injured after that. I bowled will against West Indies, Zimbabwe and in the India A series. I am able to now pitch the ball where I want to.”

Having played three back-to-back series against West Indies and Zimbabwe and India A series, Kuldeep feels it is important for a player to to get game time.

“Matches are very import for confidence and experience. Sometime you want try something which doesn’t happen a the nets.

Talking about changing from T20 to ODI format the spinner said: “There is a lot of difference between T20 and ODI. After playing IPL, in Zimbabwe I had to change my rhythm and pace. The batter has a lot of time to play a shot so I had to vary my pace.” For him, T20Is is a restrictive format.

“In T20Is, you have to hit the right lengths and it is rare that you flight the deliveries,” he added.