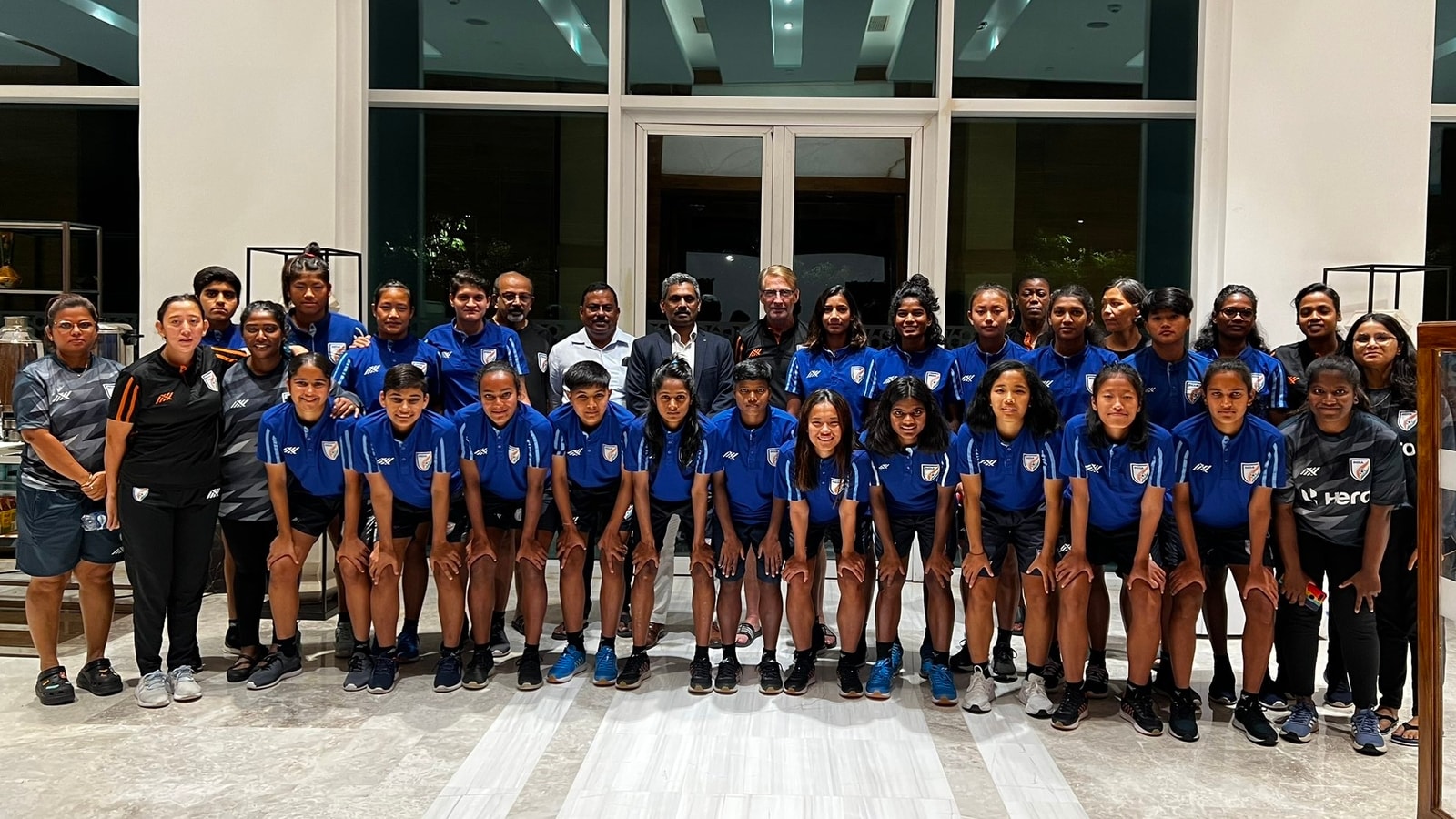 One of the least fancied sides in the tournament, India will begin as clear underdogs in their FIFA Women’s Under-17 World Cup opening match against the mighty USA in Bhubaneswar on Tuesday.

India had booked an automatic berth in the age-group showpiece as hosts and they are one of the three debutants in the tournament along with fellow Group A side Morocco and Tanzania (Group D).

Head coach Thomas Dennerby had said that the hosts will be a tough side to score against and taking a point from the formidable USA at the Kalinga Stadium on Tuesday can be a big achievement for India.

USA have come into the tournament as winners of the CONCACAF championships and they would look to open their campaign with a win, knowing fully well that a slip-up against India can cost them dear in a Group which also has title contenders Brazil.

The top two teams from each of the four groups will qualify for the quarterfinals and every point is crucial in such a high-stake tournament.

Dennerby’s side has prepared well for the tournament with exposure tours to Italy, Norway and Spain, though they have not played against very strong European and South American sides in the run-up to the showpiece.

He has said that his team has improved a lot in fitness and in defence while conceding that attacking is an area which his players will need to work upon.

“USA are the favourites against us, no doubt about that. But that is on paper and football is played on a pitch for 90 to 95 minutes. We feel that we also have a chance to get points against USA,” Dennerby said at the pre-match press conference.

“We have prepared well since February and the players are ready for the tournament. Reaching the quarterfinals will be a huge achievement but we are currently on Tuesday’s match,” he said with captain Astam Oraon by his side.

The core of the Indian team is made up of the players who won 2022 U-18 Women’s SAFF Championship. Lynda Kom Serto, the leading scorer of the tournament, will spearhead the attack.

Anita Kumari and Nitu Linda will operate from the wings while young Shilky Devi could be the midfield kingpin.

USA are playing the tournament for the fifth time and for the third consecutive time. But they have not gone past the group stage after finishing runners-up in 2008 edition and they would be looking to end the jinx this time.

Fifteen of the 21 who helped the USA win the Concacaf U-17 Women’s Championship are in India. Midfielder Riley Jackson, who was adjudged the best player in the Concacaf tournament, will be one player to watch out for.

Amalia Villarreal, who finished as the joint-highest goal-scorer, will lead the attack while Victoria Safradin, who won the Golden Glove, will man the USA goal.

Midfielder Mia Bhuta, whose father was brought up in Rajkot in Gujarat, will also be another player to watch out for.

In the run-up to the tournament, USA had beaten defending champions Spain once (2-0) and drawn once (1-1) while also notching up a 1-0 victory over European qualifying tournament winners Germany.

In seven games in the CONCACAF tournament, USA had scored 58 goals while conceding one.

In other matches on the opening day, Morocco take on Brazil in Group A at the Kalinga Stadium here. Chile face New Zealand in Jawaharlal Nehru Stadium in Margao while Germany play against Nigeria at the same venue in Group B matches.