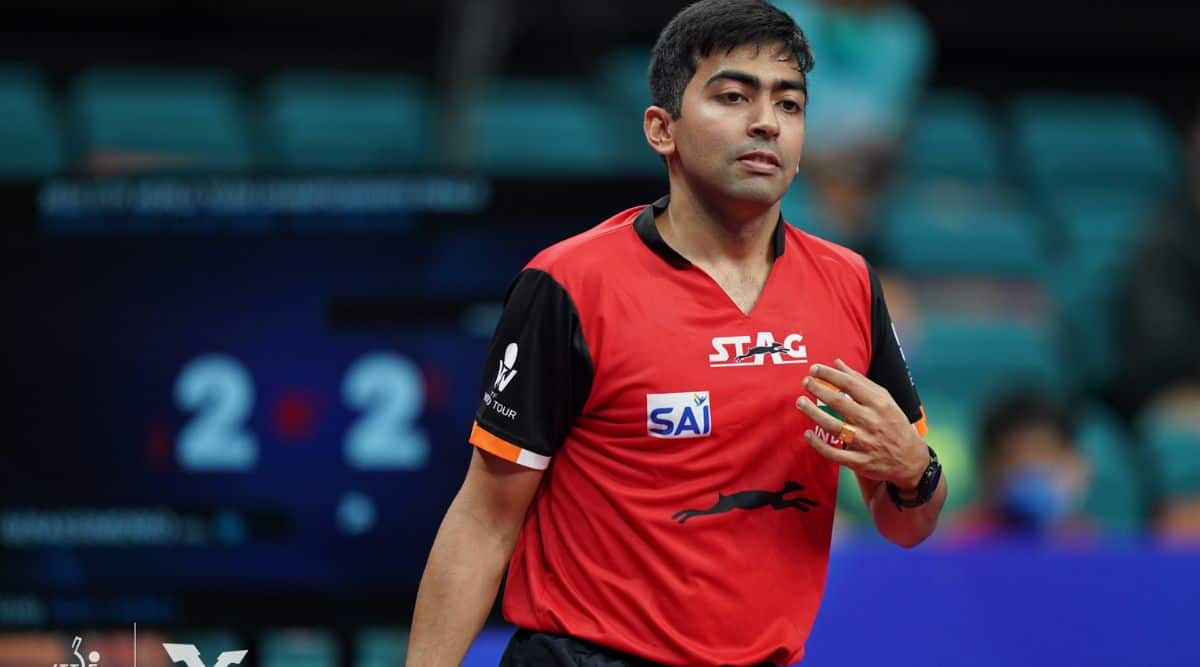 The Indian men’s team advanced to the pre-quarterfinals despite losing 0-3 to France at the World Table Tennis Championship.

The Indians escaped elimination by the skin of their teeth, entering the round of 16 as one of the higher-ranked best-placed third teams in the group stages. As a change of strategy, India opened with Manav Thakkar against Alexis Lebrun, ranked No. 30 in the world, and the 0-3 (6-11, 8-11, 8-11) loss straightaway pushed them on the back foot.

World number 37 G Sathiyan took on Felix Lebrun in the second tie. But the 86th-ranked Frenchman punched way above his weight to pummel the Indian in straight games to win 11-4, 11-2, 11-6 and put his side 2-0 up.

Harmeet Desai too failed to withstand the pressure despite putting up a fight against Jules Rolland, who won 11-13, 13-11, 7-11, 11-8, 11-7 in the gripping third rubber to give France the top-of-the-table position in their group, despite a three-way tie.
With three teams France, Germany and India finishing on same points (7) with three wins and one loss each, France pitch-forked itself to the top position on a head-to-head win over India.

The Indian men’s team lose to 🇫🇷 in their final group stage encounter of the ITTF World Team Championships Finals 2022. 🏓

However, India’s 0-3 loss enabled Germany, who beat France 3-1 on Monday, to take the second spot in the group. The two-higher ranked teams that finished third in their groups filled the two vacant slots in the top 16-team knockout. India qualified for the pre-quarterfinals as the other team in contention for the spot Romania is ranked lower in the world standings.

India will face top seeds China first up in the pre-quarterfinals. The Indian women’s team has also made it through to the round of 16.