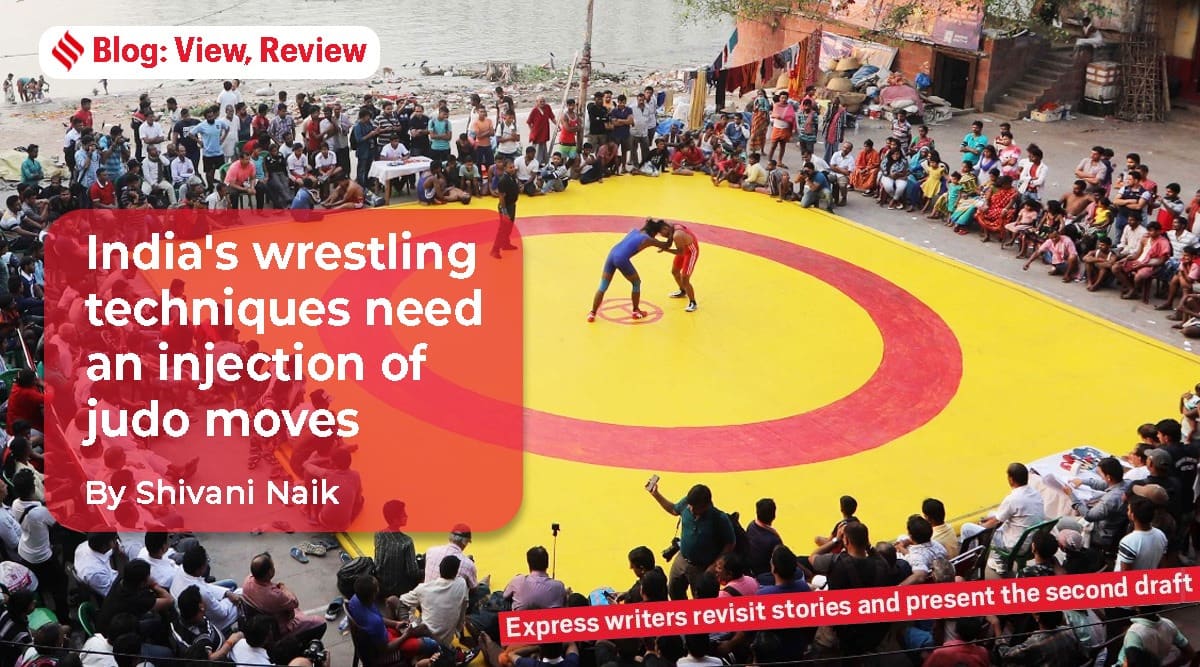 Ranjit Dalvi, a wrestling aficionado and sports writer deeply invested in grappling, loves his two laments in sport: how the Bombay Anglo-Indian community slowly faded out from the Indian hockey frame. And how Maharashtra, with its rich steeped history in wrestling, lost out to wrestlers from the north, by clinging onto the mud dangals.

Dalvi is that insightful niche voice that airdropped journalists will seek out to get a ready reckoner on the accurate situation on the ground in the interiors, without crediting him for his deep knowledge. He spouts details, but his laments aren’t merely about dissing modern-day wrestlers running behind lucre. He argues that Maharashtra lost out on technique on the mat, besides the brute strength that Haryana pounded upon. He speaks with the same heft as tomes devoted to the Maratha’s Panipat defeat threadbare that loss in history in Marathi literature – with introspection and blunt honesty, a clinical look at history of dead men and why they died.

Having minutely followed India’s top wrestlers over the last two decades of Olympic success, Dalvi pronounces another warning of a sinking boat: Indian wrestling itself is falling behind – never mind the two medals at Tokyo – because it’s not adapting quickly enough to international trends where quick agile grapplers will hold an edge over mere strong ones. Where Haryana started posing a danger to Maharashtra fifty years ago, he reckons Japan and Iran are going to leave India quite far behind in Asia, the gap widening even more than it was.

Dalvi has a smidge of a sparkling idea, and the recent World Championships convinced him of it even more: Indian wrestling needs to urgently tap into, and grow the sport in North East India.

Not too slyly, but he preaches poaching on the existing judo talent available in the explosive hilly athletes of the north east, and transplanting them into wrestling, if India has to broadbase and evolve in a sport, past its stagnant strength-based north style. Or atleast incorporating judo into the wrestling. “India’s wrestling techniques need an injection of judo moves. And north east has the athletes to pull this off because of their body structure and skill set in martial arts,” he firmly believes. Especially in the lower weight divisions, India’s north east could even take on the invincible Japanese, by absorbing their style.

But it’s a judo hybrid of wrestling he primarily believes is important to break free from the leg-defense limbo Indians are stuck in. His one-stop solution to the testing tangles and dead-ends Indian wrestlers got into, at the recent World’s – and well might again at next year’s Asiad – is in Judo’s throws through the air.

Where wrestling relies on pummelling force, judo uses leverage and body position to unbalance opponents with flexible shoulder and hip techniques to employ swift, smooth throwdowns. It was that split-second surprise move that was lacking in Indian wrestlers at the World’s, and riffing off judo might prove a game-changer, which is where Dalvi says the north east ought to be mined for talent.

But it’s a judo hybrid of wrestling Ranjit Dalvi primarily believes is important to break free from the leg-defense limbo Indians are stuck in. (Pic for representation)

The proliferation of MMA actually pitted different fighting styles in the cage, making it possible to view in real-time how this hybrid might be utilised. Khabib Nurmagomedov blends both beautifully – though the grapple is stronger. But Canada has been tripping over Jason Morris referencing foot-sweeps and upper body takedowns from judo by neatly hat-tipping them into wrestling. Moreover, the Japanese wrestlers – women too, but men mostly – look adept at borrowing either an outer leg reap or an inner thigh throw from judo into the mat.

The CWG at Coventry – some distance from Birmingham’s cluster of venues – put just judo and wrestling on the outskirts (Rugby 7s too, sensing the spiritual similarity) – where wrestling enthusiasts from north England – Manchester mostly and Scots drove down from judo-wrestling clubs. That there’s an overlap is not in doubt – Georgia where plenty of fine skilled wrestlers come from has its own indigenous variety called – Chidaoba, which marries wrestling and judo techniques.

Wrestling’s low bending makes the throws cheeky counters to intractable positions, because of how they stun the opponent by unbalancing them. Judo transfers well into wrestling which is better at groundwork with leg attacks and on sprawls and gripping by throwing – or threatening to throw, and relying on technique rather than strength that might be diminishing. Popular Youtuber Jeff Campbell runs reels on how wrestlers can cross-train to scoop off judo – eg. Use the underhook to hoist opponents over thigh and throw them (called Uchi mata). Campbell talks or ‘Harai Goshi’ – “the adaptation, you execute it with your arm around the back of the head of your opponent and throw them over your hips. At the same time, make sure to reap with your leg.”

From Burrabazar in Kolkata to north east’s naturally agile judokas, wrestling could look to add a dimension to its stunted clunky style currently by borrowing from the cousin.

The north east has two centres perfunctorily taking in wrestlers in Manipur, started in mid 80s under the Special Areas Games schemes. But for a region that’s set the tone in boxing and weight lifting, and where judo itself might take off, given the recent cadet achievements, wrestling needs to swoop in and tap into the genetic neat fits for the sport, never mind the tradition – or its lack.

As such when Sushil Kumar lost to Yonemitsu in the London final, it was a surprise throw in the 23rd minute of the second period that had stunned the Indian. At the recent World’s, when UWW picked its Top Five moves, four were throws relying on unbalancing opponents, though not strictly judo staples, but more technique than strength. This included Kyle Drake’s ambush of young Sagar Jaglan in what was instructive of where wrestling is headed.

But what north east offers is the smaller body, lower centre of gravity, lean muscle, proportional limbs, explosive strength and the natural combat instinct, plus agility. Brute strength culture might need some instilling, and given how Maharashtra struggled to imbibe it, will remain an unknown variable asterisk. But their stance, posture, hardiness, diet with high protein intake and unfussed meat eating offer wrestling a great opportunity to raid the gymnasiums for raw talent. Judo will give the project the all important leverage. If only, they saw it as clearly as Ranjit Dalvi does: the north east is ripe for wrestling.