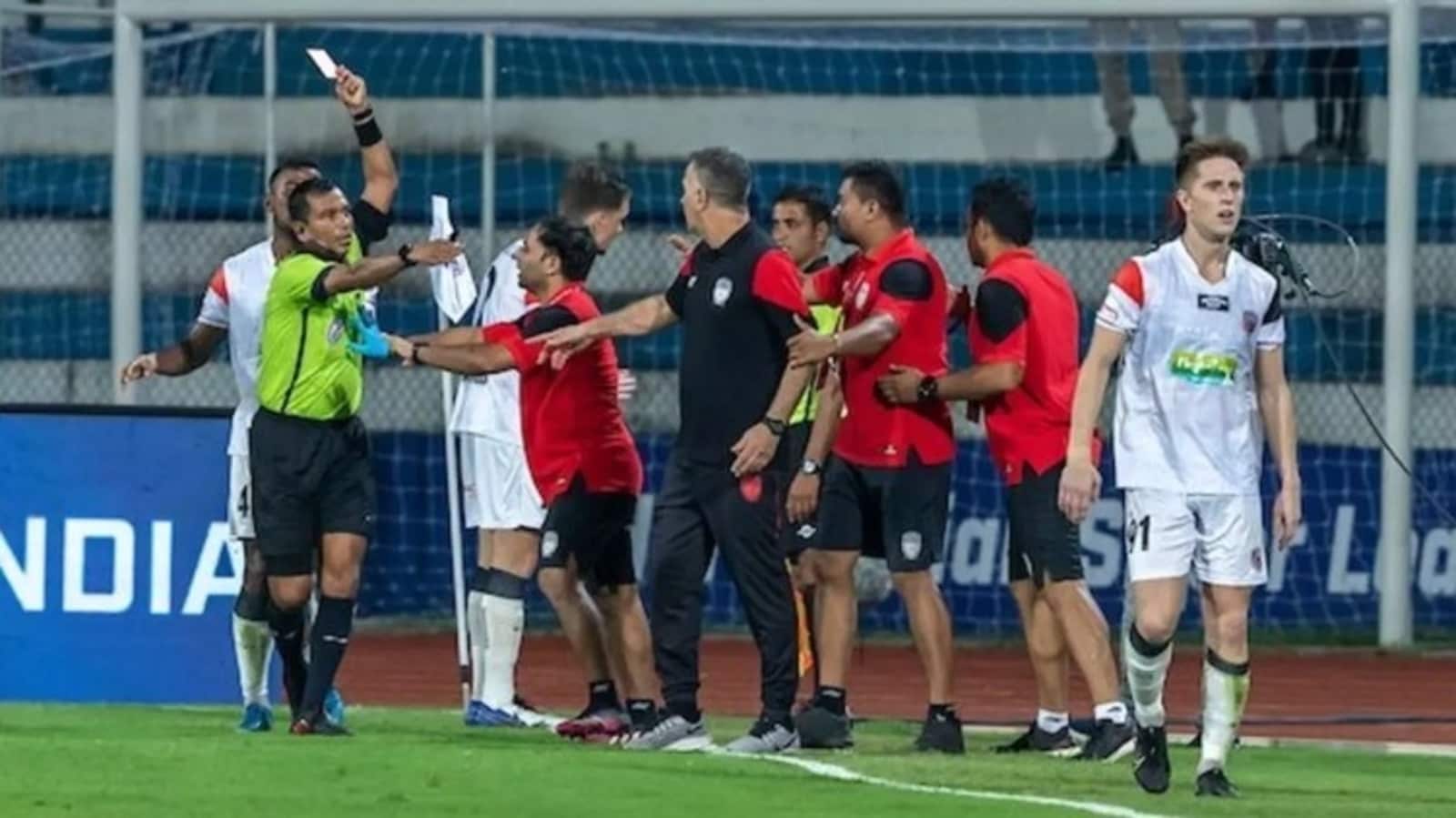 The Indian Super League (ISL) encounter between Bengaluru FC and NorthEast United saw a controversial decision by the referee at the Sree Kanteerva Stadium in Bengaluru on Saturday evening and fans were not at all happy with it. The incident took place at the dying stages of the match as referee declined a stoppage time equaliser by NorthEast United’s Jon Gaztanaga, which saw the hosts walk away with a 1-0 win.

It was Bengaluru FC, who broke the deadlock in the 87th minute, with Alan Costa getting his name on the scoresheet. However, just when Gaztanaga arrived at the centerstage to spoil Bengaluru’s party, the referee disallowed the goal with the linesman calling it offside, thus leading to a heated confrontation by the visiting side.

INTERVIEW | Was surprised that we got a chance to sign Krishna: Chhetri

The protests escalated and the referee was forced to give NorthEast United coach Marco Balbul marching orders from the field.

Here is the video of the goal:

Soon after the match, fans took to Twitter to express their disappointment, with many even stating that NorthEast were “robbed” of a point. Here are a few reactions:

@indiansuperleague We are waiting for your answers 😌

The ISL is infamous for its inconsistent referee rulings. Is this the way the Top league in India runs?

It’s really shameful that teams are getting robbed 💔 pic.twitter.com/43e1NDp71x

With Balbul being shown the red card, assistant coach Paul Groves attended the post-match press conference and spoke about the incident. “Everybody can see the replay, I don’t need to say anything about the referee. We play our football in our way and we hope to improve. The higher authorities should look into it and decide what is to be done,” he said.