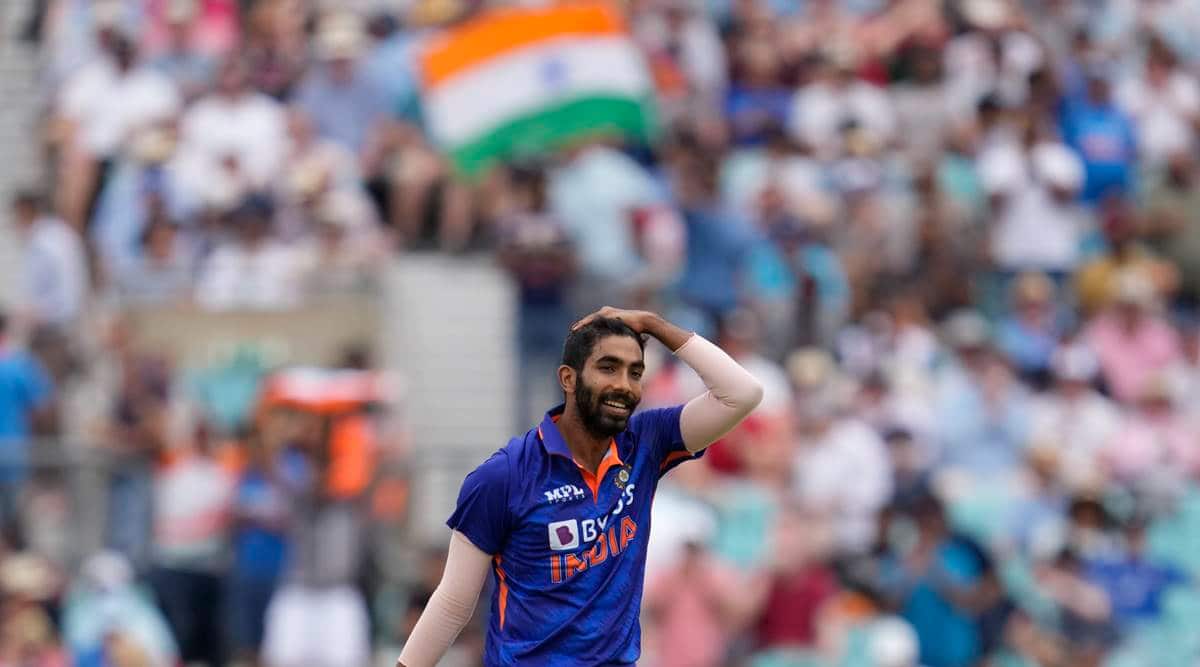 WITH JUST weeks to go for the T20 World Cup in Australia, Team India suffered a huge setback with ace pacer Jasprit Bumrah rendered doubtful for the tournament after he complained of back pain.

Bumrah didn’t play the first T20 against South Africa Wednesday and, a day later, flew to the National Cricket Academy in Bengaluru for the back condition to be monitored.

“We have been told that his injury is not looking good at the moment and it looks like he won’t be travelling to Australia with the Indian team. The medical team will soon submit a detailed report,” a BCCI official confirmed to The Indian Express.

It’s not clear yet whether Bumrah will be undergoing a surgery although he had also missed the Asia Cup in the UAE last month due to the back injury.

This month, he was declared fit for three T20 series against Australia at home, and played the second and third T20 in Nagpur and Hyderabad. His bowling figures were 1/23 in 2 overs in Nagpur and 0/50 in four overs in Hyderabad.

Of late, Indian bowling in the end overs in T20s has come under fire. Bhuvneshwar Kumar, Harshal Patel and Arshdeep Singh have all leaked runs, and Bumrah was expected to be the team’s spearhead in the World Cup, which will be held from October 16 to November 13. India’s first match is against Pakistan at the MCG on October 23.

In the six T20 internationals he has played in Australia, Bumrah has taken eight wickets at an economy rate of 8.08 and an average of 22.75. He made his T20 debut in Australia in January 2016.

The BCCI had ruled out Bumrah from the first T20 game against South Africa in Thiruvananthapuram Wednesday. “Jasprit Bumrah complained of back pain during India’s practice session on Tuesday. The BCCI Medical Team assessed him,” it had said.

Jasprit Bumrah complained of back pain during India’s practice session on Tuesday. The BCCI Medical Team assessed him. He is ruled out of the first #INDvSA T20I.#TeamIndia

If Bumrah is ruled out completely from the T20 World Cup, the selection committee will have to pick Mohammad Shami or Deepak Chahar, who have been added as stand-by players for the tournament.

However, Shami and Chahar aren’t known for their bowling in the end overs, with both shining up-front in the Powerplay.

Shami had missed the series against Australia and South Africa due to Covid. He hasn’t featured in a T20I for India since their match against Afghanistan at the World Cup last year. He had, however, picked 20 wickets in IPL 2022, the most for Gujarat Titans which lifted the title.

Bumrah’s importance to the team was underlined by their captain Rohit Sharma before the start of the T20 series against Australia earlier this month.

“Bumrah is a very important player. The way he has performed over the last few years has been fantastic. He is an attacking bowler and if such a bowler isn’t a part of the team, it doesn’t go well for the team,” Rohit had said.

Just a couple of days ago, former Aussie great Mark Waugh, the legendary Ricky Ponting and former Sri Lanka skipper Mahela Jayawardene, had all picked Bumrah as one of their top five players for the World Cup.

“I think he’s a fantastic bowler in all formats, actually. His ability to get wickets in T20 cricket is key. He can bowl at the death and he can bowl up-front,” Waugh had said.