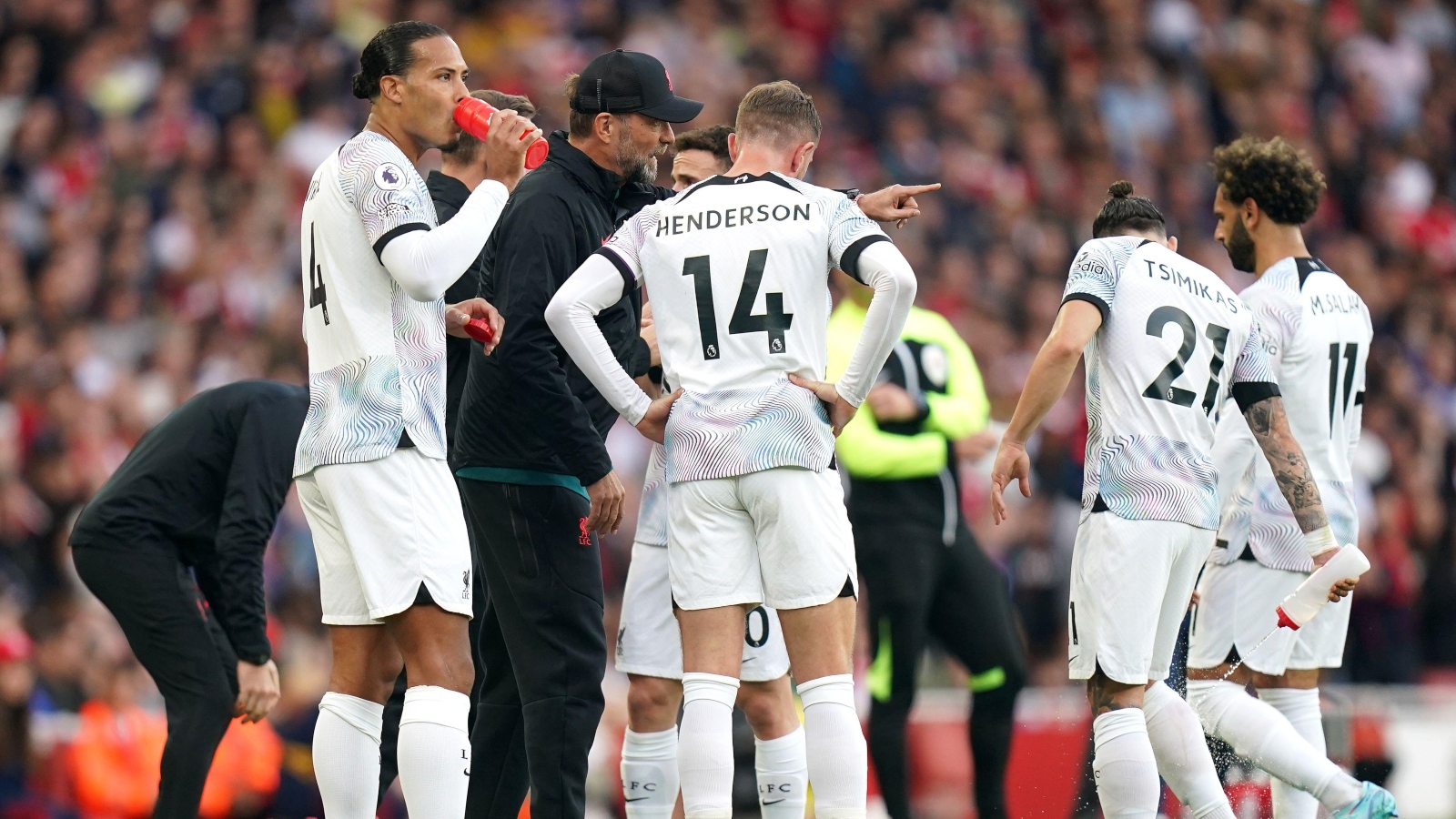 Jurgen Klopp cannot see Liverpool winning the Premier League title this season after their 3-2 defeat at Arsenal on Sunday.

Bukayo Saka scored the winner from the penalty spot to send the Gunners back to the top of the table, with Liverpool now trailing the leaders by 14 points.

The Reds had earlier come from behind twice, first Darwin Nunez cancelling out Gabriel Martinelli’s first-minute opener and then substitute Roberto Firmino levelling up in the 53rd minute after Saka had made it 2-1 in first-half stoppage time.

The result left Liverpool in tenth, with only two wins from their first eight games, and Klopp claimed his side – who took last season’s title race to the final game, only to be denied by Manchester City – are no longer contenders.

“We are not in the title race. It’s naive to sit here and think that we are nearly there,” the German manager said.

“We have problems at the moment but, of course, (they are) the team in form, the leader of the table, but (we had) massive problems today.

“I think even in a really bad situation for us, with early changes and things like this, there are real problems and that is the truth for us.”

However, the Liverpool boss believes the system being played was not to blame for their recent mixed fortunes in the top flight.

After years of a heavy-metal 4-3-3 system, the Reds look like they reverted to a 4-4-2 this week against Rangers and at the Emirates.

“I think the goals we conceded have nothing to do with the system,” Klopp said.

“Do I have deeper concerns? Yes, of course I am not happy, how can I (be)?

“We are in a tough moment and we want to get through this together. That’s what we are working on.”

Arsenal manager Mikel Arteta said his side would enjoy their current position after victory saw them overtake City and reclaim top spot in the table.

“At the moment, enjoy where we are, and play with the courage and the belief that we played with in the second half and go step by step,” he said.

“Just thank you so much to the boys and our supporters for experiencing an afternoon like this. It’s what our profession is about, to live days like this and I really enjoyed it – especially the way we won.”

On the atmosphere in north London, Arteta added: “I’ve never seen it like this.

“You cannot imagine how much it helps the players and how much it gives them. One of the nicest things we’ve done since we are together here is to unite everybody and make them feel like you are going to experience something together.”