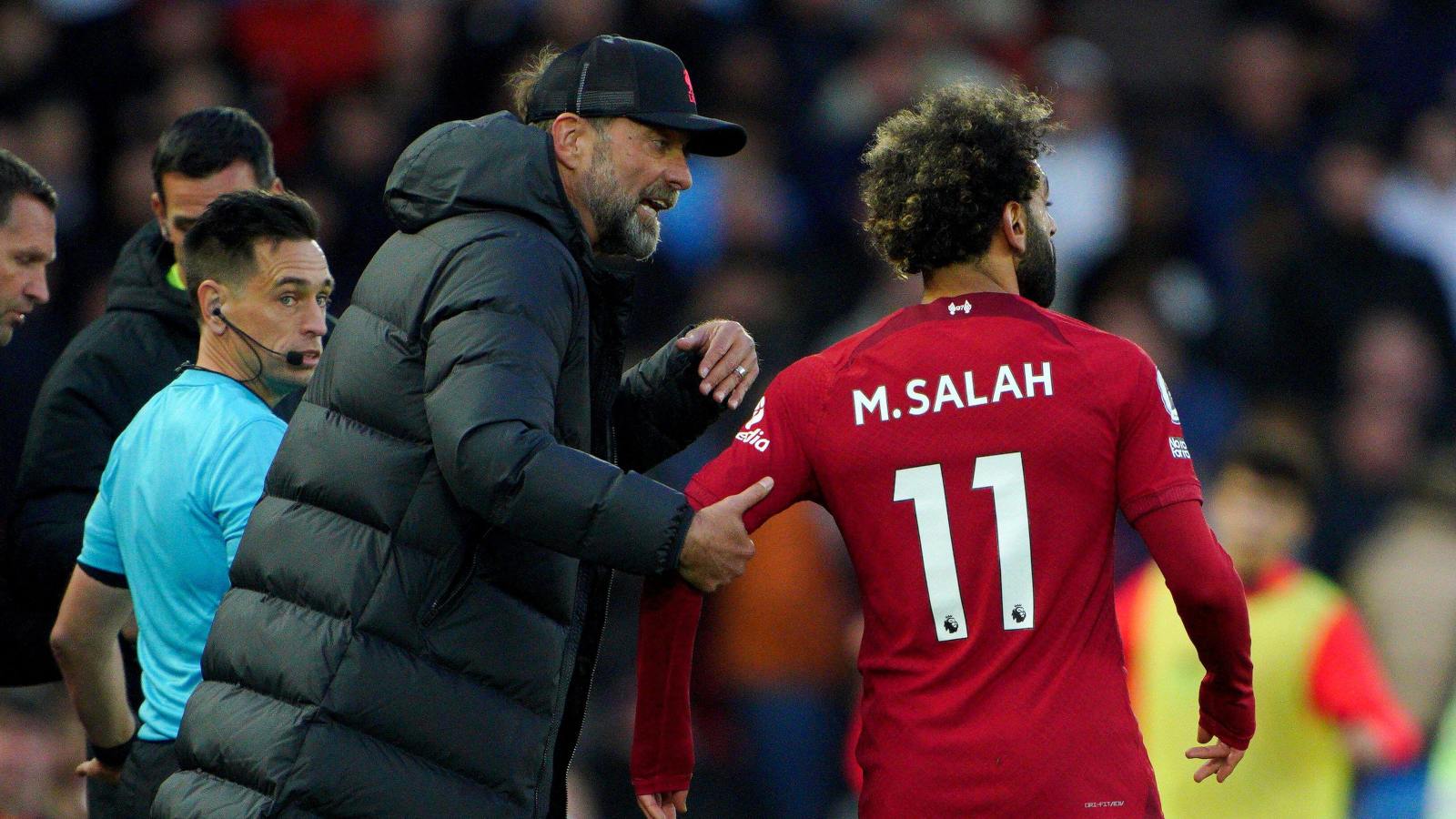 
Jurgen Klopp took time out of gloating about a fantastic Liverpool win over Manchester City to mock questions about him talking to Mo Salah as his number went up on the substitution board.

Salah’s No. 11 was erroneously displayed instead of Harvey Elliott’s No. 19 and Klopp was then seen deep in conversation with the Egyptian forward who had scored the only goal of the game.

The display was corrected and Fabio Carvalho came on as part of a triple substitution that also saw Darwin Nunez and Jordan Henderson enter the field as Elliott, Roberto Firmino and Fabinho came off.

There was a ludicrous suggestion that Salah had refused to come off, which Klopp dismissed out of hand.

“I really find this question interesting. Tell me your thoughts about that,” said Klopp. “You think we put the 11 up so Mo has to get subbed but comes to me and says he doesn’t want to leave the pitch?

“How could that happen? What is the logical explanation for that? Yes, wrong number on the plate.

“I wanted to talk to Mo because his role changed. Darwin came on and Mo played 10 around Darwin and Darwin was running in behind. Mo was disappointed because he saw the number but I didn’t know about the 11 on the board. When I saw that, we could change it.”

Klopp lauded Salah, whose performance was extraordinary, saying: “”o played an exceptional game, absolutely outstanding. One of two strikers in the centre, today with Bobby, great. Top performance, the goal was world class.

“One of your colleagues asked if I thought we were lucky in the moment because Cancelo missed the ball. I didn’t see a player miss the ball, I saw a player using his body extremely well and beating the goalie in a one-on-one situation. Top class goal.

“The situation before, really unlucky he didn’t score already. Apart from that, good on the ball, constant threat in behind. Working extremely hard. Outstanding performance, it was really good.”

READ NOW: 16 Conclusions from Liverpool 1-0 Manchester City as Salah, Gomez and Milner get the love

Salah himself said: “We don’t have to think about the title at the moment, of course personally I love to play always for a title. In my head I am going to fight for it, but we need to focus more and take one game at a time.

“We don’t have to feel more pressure that there is still a gap between us and first and second but of course we are going to play for a title.

“As players and a team, we should be in a better position, the players are excited to win and that gives us a good push for the next games.”