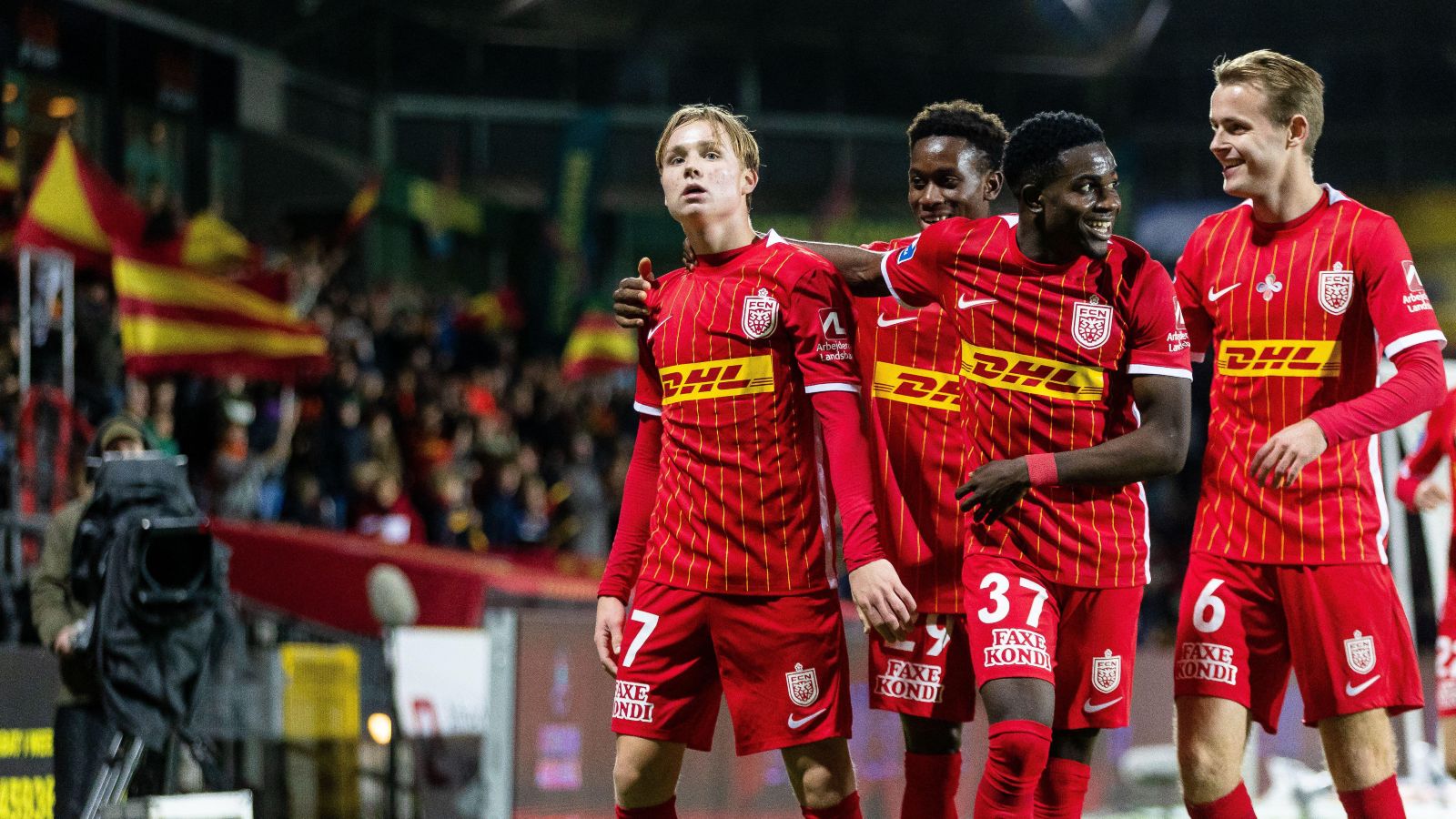 FC Nordsjaelland forward Andreas Schjelderup says recent transfer links to Liverpool have given him “a lot of confidence”.

The Norway under-21 international made his breakthrough season at Nordsjaelland in the 2020-21 campaign after moving from the FK Bodo/Glimt academy.

Schjelderup has contributed seven goals and an assist from his first 11 matches of this season and that is now 14 goals in 50 matches for the 18-year-old.

That form has attracted the interest of Liverpool and Arsenal in recent weeks with Schjelderup being hailed as the ‘new Haaland’.

On links to Liverpool and other clubs, Schjelderup told Bold.dk (via Sport Witness): “When such big clubs follow, of course it gives a lot of confidence. I just have to continue my game here at the club, and then we’ll see. My goal is of course to play at the highest level, so when such big clubs come along, it gives a lot of confidence to continue.

On whether he will stay at Nordsjaelland beyond the January transfer window, Schjelderup added: “I don’t know. It depends on what happens. I feel really good at FC Nordsjaelland, and I continue to focus on every single training session and every single match, and that’s where my focus is right now.”

Schjelderup has a contract at the Danish club until the summer of 2024 with Sevilla the only concrete offer during the summer transfer window.

In another interview with Norwegian publication VG, his father, Jørn-Tommy Schjelderup, has revealed how they visited Sevilla before a deal fell through.

His father explained: “I went to Seville with a list of questions according to his preferences. There I got an insight into a club that has followed him over several years, and with a project that was very interesting to Andreas.”

VG insist that he also visited Liverpool over the summer and Schjelderup insists the development plan will be more important than the league at his next club.

“It [next step in his career] depends on what plan the club in question has for me. League doesn’t matter that much. Now, anyway, I only focus on Nordsjælland,” the attacker said.

“I am where I want to be after two years at the club. I have taken it step by step and now I can dominate in the Super League. The team is in a very good period, and it is easy for offensive players to shine.”