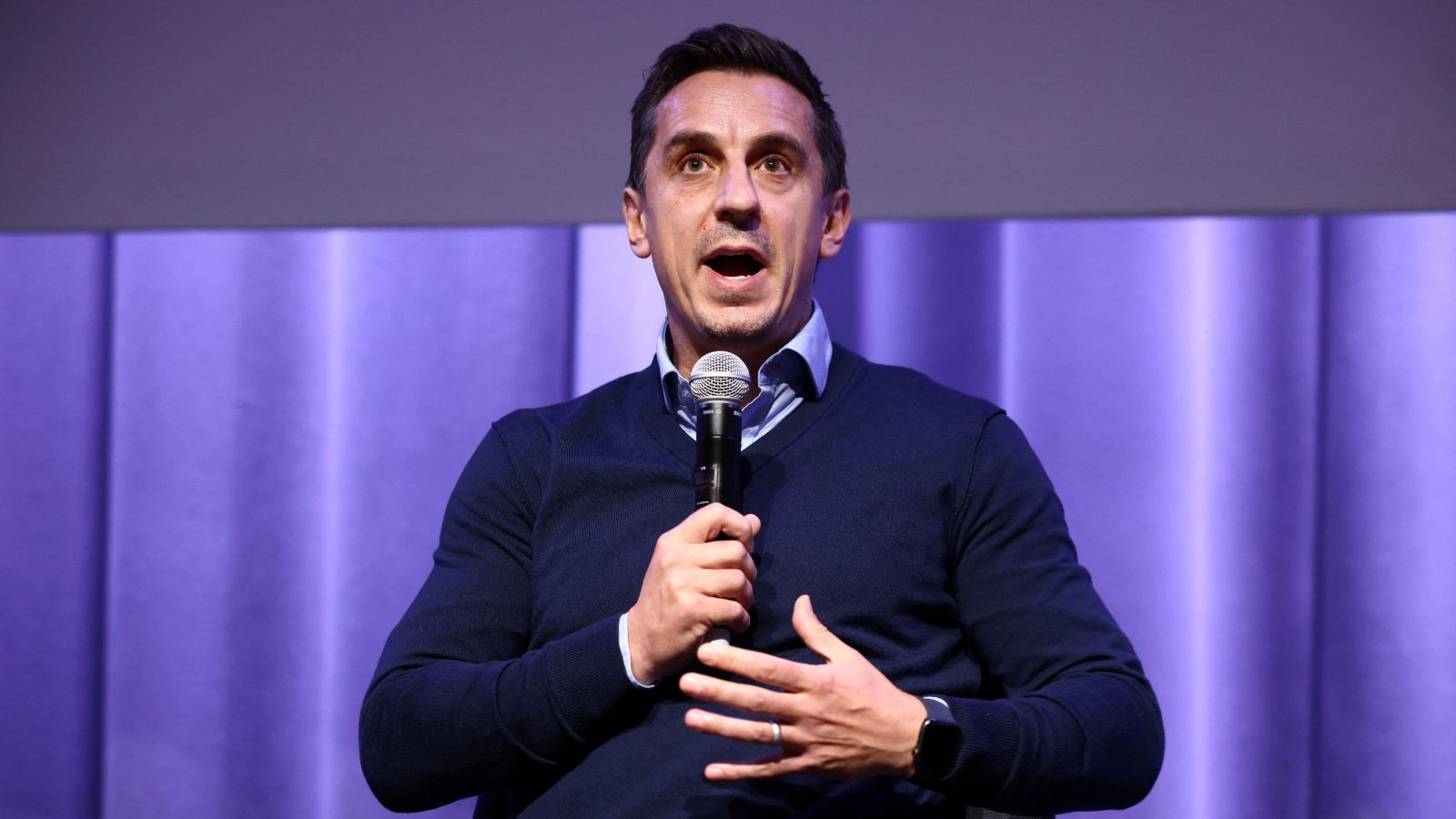 Liverpool boss Jurgen Klopp will be worried about “their performance in the second half” against Arsenal, according to Gary Neville.

The Reds more than matched the Gunners in the first half but found themselves 2-1 down at the break after Gabriel Martinelli and Bukayo Saka struck either side of Darwin Nunez’s equaliser.

Roberto Firmino scored against the run of play in the second half to pull Liverpool level before Saka grabbed a deserved winner from the penalty spot to give a dominant Arsenal all three points.

Liverpool sit in tenth place in the Premier League table and are now 14 points behind leaders Arsenal with a game in hand.

Klopp ruled his side out of the title race after the defeat at the Emirates Stadium and Neville thought Liverpool “looked like a shadow of themselves” in the second half.

Speaking on his Sky Sports podcast, Neville asked: “For Liverpool, is this a blip or is this a bit of a decline in terms of how they are at this moment in time?

“In the first half, I thought they responded really well to an electric start. But I thought that second half was worrying for Liverpool. They looked like a shadow of themselves.

“Generally, their performance in the second half will be a worry for Jurgen Klopp – not just the performance on the ball and how they played, but also off the ball, their ability to be able to get to the ball, and press, and harass.

“There was a point five or six years ago when Pochettino was at Tottenham, and obviously Klopp was at Liverpool, where I had not seen aggressive, and hunting down of the football, like that before.

And Neville thinks Liverpool have looked “look two or three yards off” for most of this season but they have “enough credit in the bank for us not to go wild on them”.

“They were really, really lethargic in the second half,” Neville added. “I’d be concerned if I was a Liverpool fan, coach or player in that second half.

“So, they have enough credit in the bank for us not to go wild on them and say: ‘This is the end of Liverpool’. That’s not the case here, but there are concerns and worrying signs.

“It’s the energy and the appetite in the games that they have had over the last couple of years in terms of trying to defend and press (that has been the issue).