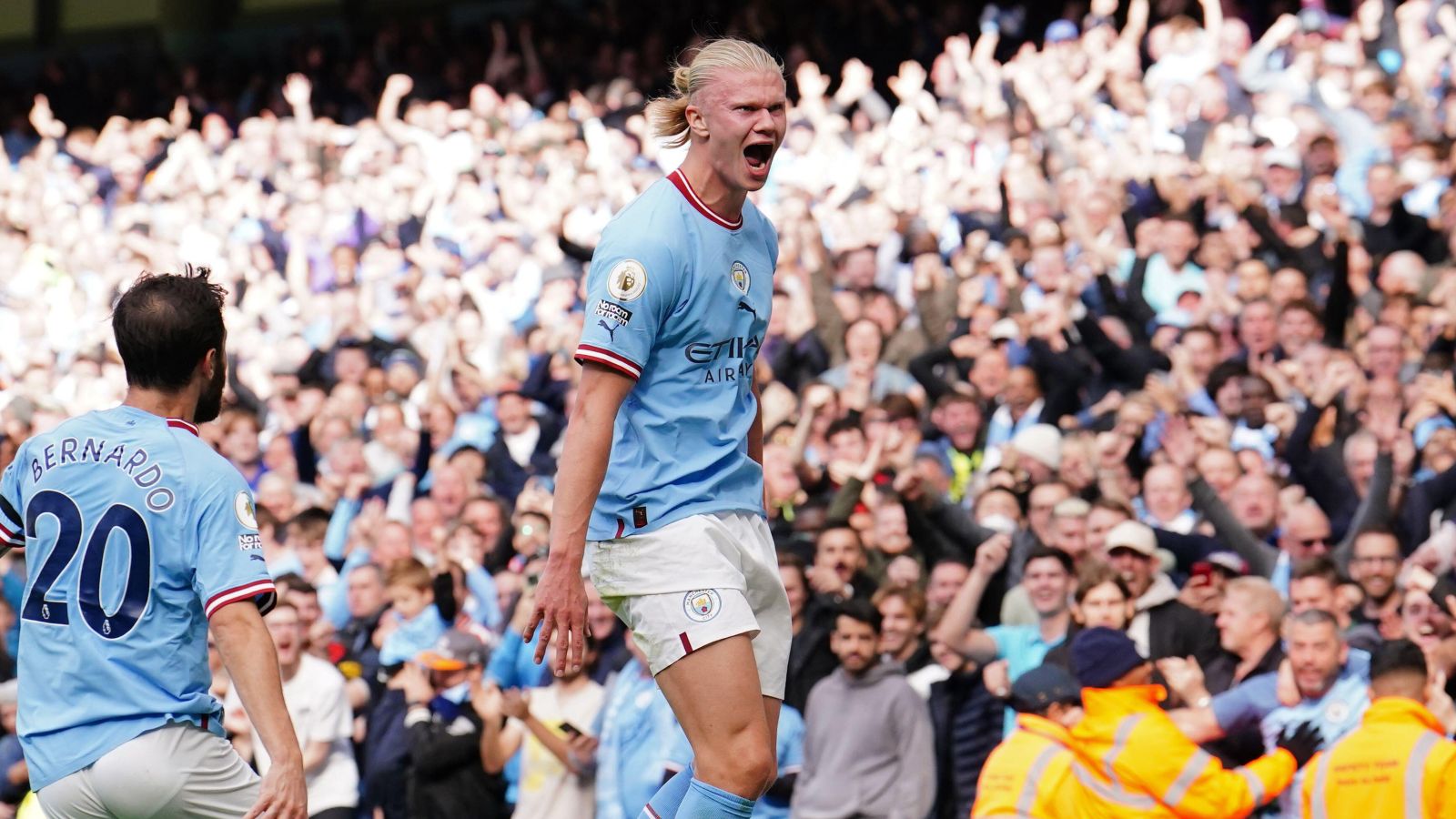 Liverpool forward Darwin Nunez is being “affected mentally” by Manchester City star Erling Haaland as the latter is “flying” at the moment.

Both players moved to the Premier League in the summer. Nunez joined Liverpool from Benfica for an initial fee of £64m.

Haaland meanwhile signed for Man City after the Premier League side beat rivals to bring him in from Borussia Dortmund after activating his £51m release clause.

The Man City striker has been nothing short of phenomenal at the start of this campaign. He already sits on 17 goals in eleven outings across all competitions.

The 21-year-old has scored three consecutive hat-tricks in Premier League home games and his latest one came against Man Utd over the weekend.

While Haaland has been “scary” this season, Nunez has not been able to hit the ground running.

The Liverpool newcomer was sent off in their draw against Crystal Palace and he was subsequently banned for three games.

Nunez is back available but he only made a brief cameo appearance in Liverpool’s 3-3 draw against Brighton on Saturday afternoon.

“Haaland is flying, he’s not. It’s definitely affecting him mentally. It’s not helping him get into form.

“The team performance doesn’t help and under Klopp, Liverpool always play with a false nine and he’s a proper number nine.

“Liverpool needs to adapt to him as well. It’s a worrying thing but Liverpool want to fight for everything and the player you signed to replace Mane isn’t playing. Firmino and Jota should be playing ahead of him at the moment.”

Nunez has the chance to kickstart his Liverpool career on Tuesday evening as he starts against Rangers in the Champions League group stages.

Enrique went onto suggest that Nunez “should be focusing on his performances” and he needs to “forget about Haaland”:

“Haaland’s form shouldn’t affect Nunez but players always compare themselves with other players. The two teams competing for the Premier League in the last few seasons both signed big players,” Enrique continued.

“I believe he has to put it to one side but I remember one comment in the summer on Twitter he put a silence emoji and I thought that he shouldn’t reply to it.

“He should be focusing on his performance, improving his English and forget about Haaland.

“A lot of people go at Haaland but it never affects him. Darwin is lacking that right now.”

READ MORE: The top 20 biggest transfers in Europe in the 2022 summer transfer window