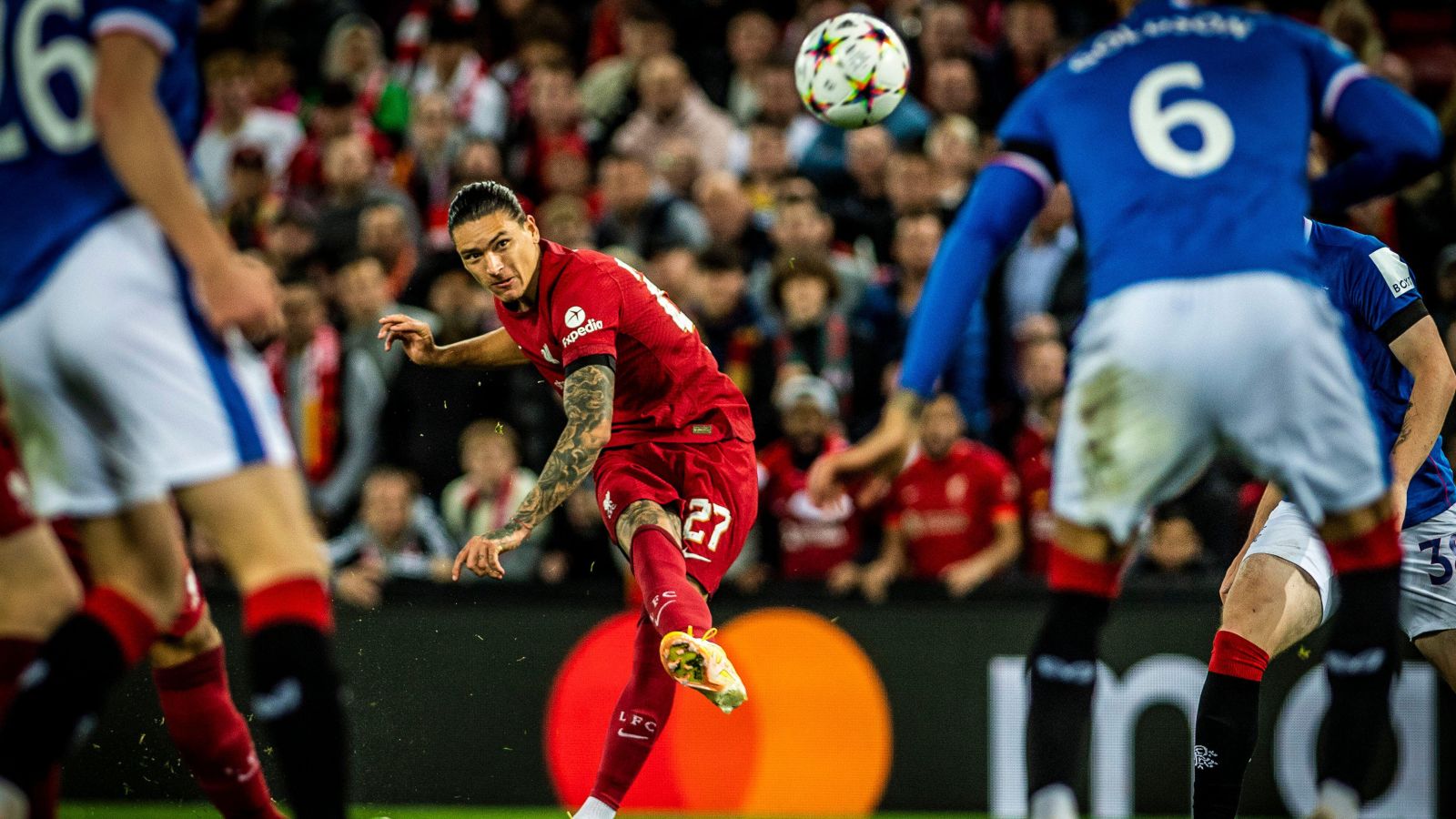 Darwin Nunez admits his sending off earlier in the season was a “big mistake” and it “won’t happen again” as he adjusts to life at Liverpool.

The Uruguay international moved to Anfield in the summer transfer window from Portuguese side Benfica in a deal that could rise to £85m depending on add-ons.

After scoring 26 goals in 28 Portuguese top-flight matches last term he was expected to hit the ground running at Liverpool.

And he got off to the perfect start with two goals and an assist in his first two matches against Manchester City and Fulham.

However, he was sent off for a headbutt on Crystal Palace’s Joachim Andersen and subsequently picked up a three-match ban with Nunez failing to score in six appearances since returning.

Nunez told TNT Sports: “It was a very tough time. I was suspended for three games, I know I made a big mistake and now I’m aware that it won’t happen again. I have to calm my nerves during the games, talk less. We all make mistakes and I know it will serve as a learning and an experience.

“The truth is that it was a little difficult to adapt, but I believe that, as training and games go by, I will adapt little by little. I have the support of my team-mates.”

Nunez is still looking for his first goal at Anfield after failing to hit the back of the net with his six shots in a 2-0 win over Rangers on Tuesday night.

“The important thing is to leave my mark on the team, someone who can always contribute by playing well and, if I don’t score, I have to be calm.

“When the first one goes in, more will go in. I’ve been through that [in the past], and it’s a little uncomfortable because, in the end, as forwards we live on goals. But I’m calm, the coach has always supported me.”

Nunez has revealed that his communication with Jurgen Klopp is limited because of the language barrier but that Liverpool coaches Pep Lijnders and Vitor Matos help translate.

The Liverpool striker added on Klopp: “We don’t talk much. I don’t know English and he doesn’t know Spanish. Yes, we have a Portuguese translator in Pep, who I understand, and there is also Vitor, another Portuguese.

“They are the translators when Klopp talks to the group. They sit next to me and explain what I have to do. If they didn’t explain it to me, I’d enter the field with no idea what to do.”