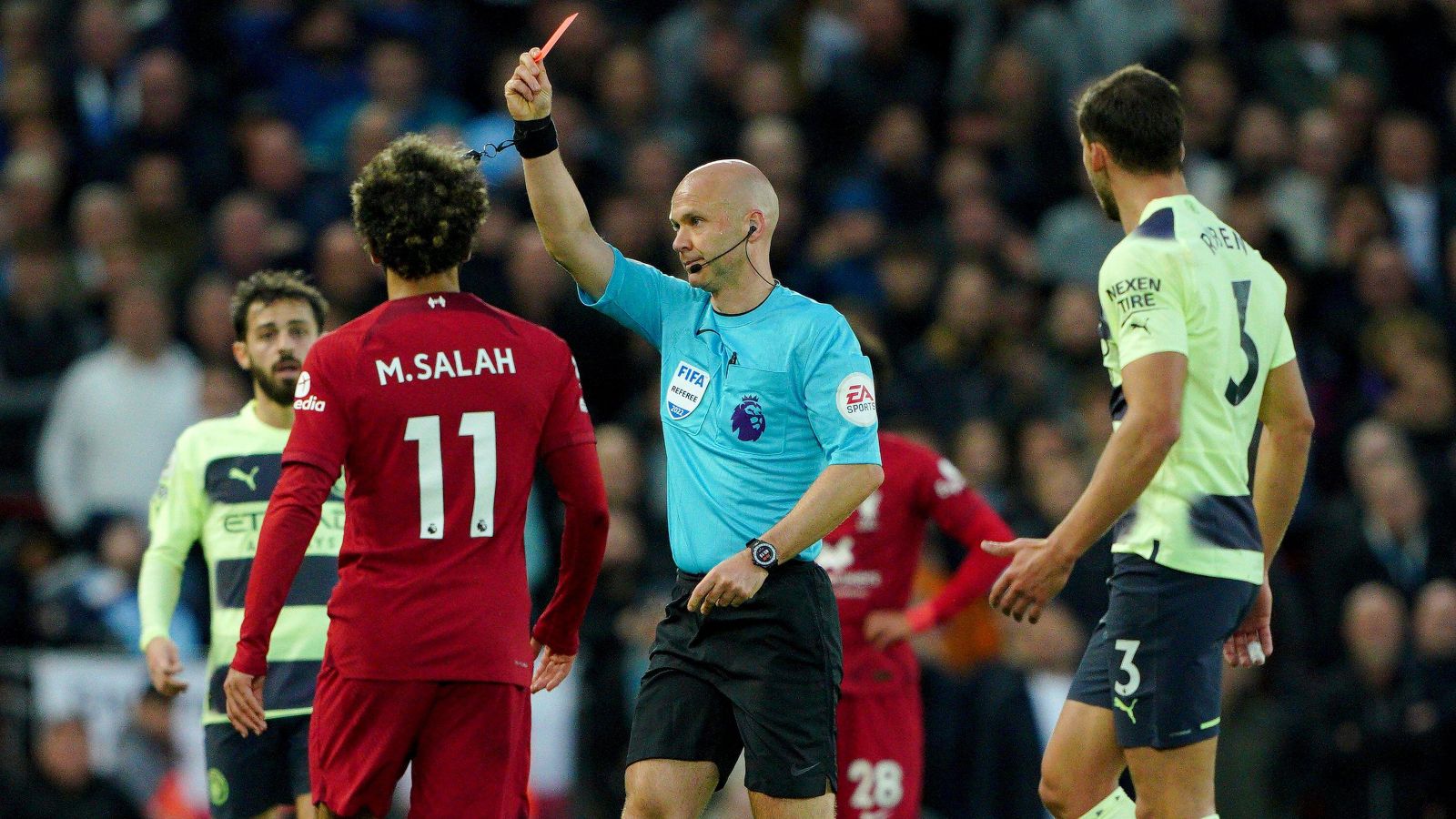 
Ex-Premier League referee Mike Dean has claimed that Anthony Taylor “can hold his head high” after how he refereed Liverpool vs Manchester City.

Taylor has been criticised by some after Liverpool‘s 1-0 win over Man City on Sunday afternoon.

The referee opted to let a lot go and that made for a physical and enthralling game between two of the best teams in the world.

City looked to have taken the lead after the interval as Phil Foden smashed the ball home from close range.

But the goal was chalked off after a VAR review as Erling Haaland was adjudged to have pulled down Fabinho in the build-up.

Later in the half, Liverpool capitalised on this reprieve as Mohamed Salah scored what proved to be the winner.

It was a heated encounter and Jurgen Klopp was sent off by Taylor before the final whistle after he hurled abuse at the linesman after a foul was not given following Bernardo Silva’s challenge on Salah.

In his column for The Daily Mail, Dean has praised Taylor and his assistants as they “added tot he spectacle”.

“I didn’t want to disturb Anthony Taylor so soon after his game on Sunday night but once he’s had time to digest it all, I’ll be messaging Tayls to congratulate him on putting in a superb performance at Anfield,” Dean wrote for The Daily Mail.

“His approach to refereeing this high-pressure Premier League match only added to the spectacle.

“He let the game flow by waving away the soft fouls and penalising the ones that clearly overstepped the mark. It was the same for both Liverpool and Manchester City and it made for the physical battle we like to see in the Premier League.

“VAR Darren England did his job, too, including requesting that Tayls should review a possible foul at the pitchside monitor, which led to disallowing City’s would-be opener by Phil Foden. Tayls couldn’t see the shirt pull by Haaland on Fabinho from his position – but VAR could.

“It was a clear foul for me which left the Liverpool man on the ground, and it’s important to remember that Fabinho would have been the one tracking City’s striker as he made his way into the box.

“Haaland’s foul therefore had a direct impact on how this attacking phase played out. He won the ball and then Phil Foden scored.

“VAR might have had another decision to make on whether Alisson had the ball under control when Haaland took it away from him – I don’t think the Liverpool goalkeeper did – but it didn’t get to that stage as Haaland’s earlier foul on Fabinho meant the goal had to be disallowed and VAR was right to intervene.

“Overall, the refereeing team, including the two assistant referees – Adam Nunn and Gary Beswick – can hold their heads high after this showing.

“They were trusted with the most high-profile Premier League game this weekend and didn’t disappoint.

“You can only officiate like this when you’ve put in the hard work. Tayls used all of his experience at Anfield and showed why he and his team are going to this winter’s World Cup.” 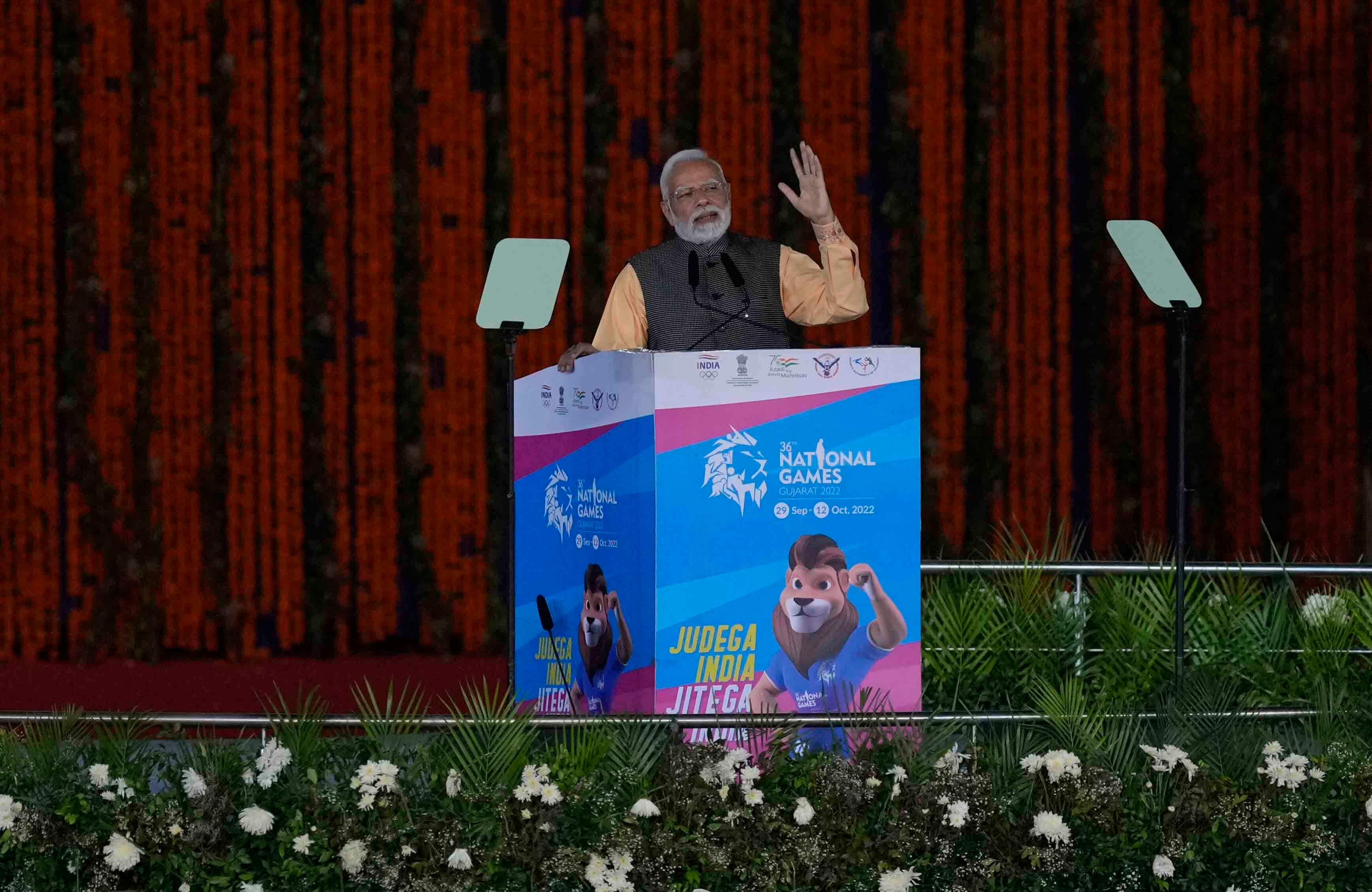